Dough for Poe: Statue is a go 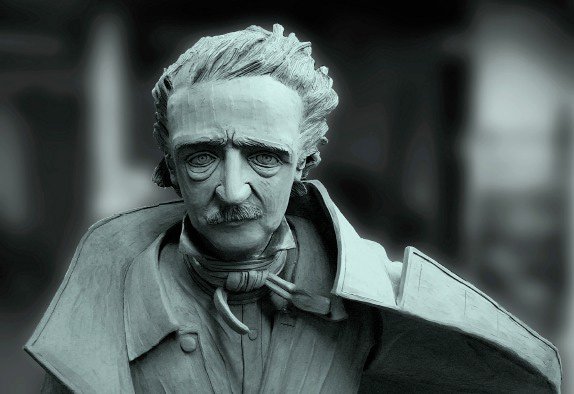 The Edgar Allan Poe Foundation of Boston says it's raised enough money for a statue of Edgar Allan Poe - and a giant raven - at Boylston Street and Charles Street South, and will unveil it at 2 p.m. on Oct. 5.

The foundation needed $225,000 to pay for Stefanie Rocknak's statue and upkeep. It reports a $10,000 grant from the Lynch Foundation got it over the top - which means foundation officials no longer have to worry they will just rue plans sitting in a morgue somewhere.

Ironically, Poe, who became more widely read after his death, thought Boston kind of a pit - he derided the place as "Frogpondia." But the pendulum swung and in 2009, the city dedicated a corner at Boylston and Charles in his honor. Today, a tell-tale plaque and signal box mark the spot near where the statue will go, in the city where he published his first work.

The foundation hopes the statue's unveiling this fall will usher in a new appreciation for the writer. No word if the unveiling will include cracking open a cask of amontillado.

Neighborhoods:
Back Bay
Free tagging:
Edgar Allen Poe
Ad:
Like the job UHub is doing? Consider a contribution. Thanks!

How about placing this on the spot where he was born?

Do we really need another thing for tourists to take pictures of in this city? Can the Museum of Bad Art take this, the Bewtiched Statue in Salem, the tortoise and hare statue from Copley Square, and place them in and around the Leif Ericsson statue at Charlesgate and Comm. Ave? We can have a field of remembrance for lousy public art to admire while you are stuck in traffic east of Kenmore.

P.S. The Irish Famine Memorial should get chucked into the harbor. It is so bad that it doesn't even muster as kitsch.

What is the most silly about this Poe statue is that Boston feels compelled to try to steal Baltimore's claim on the author. Like we don't have any notable literary artists who actually lived here all along...

you know Boston will take a stab at a Ray Lewis statue.

What is great about this Poe statue is that it is energetic and creative. A refreshing depiction of one of Boston's natives....

hey BlackKat he was born here!

Could make the same argument

Could make the same argument about Ben Franklin and Philadelphia - but he was born here, hence a statue near his birthplace.

i dont have a problem with it.

Good, because we already have

Good, because we already have one outside Old City Hall on School Street.

Fun fact: It's also the first portrait statue that was ever erected in the United States.

Just don't walk near it

Or is the entire problem that nobody asked your permission, and you think you get to have veto power over anything in your line of sight?

Don't Bike Near It

Better yet, whack it with a bike lock as you go by it. That's the solution for a lot of things, right?

Sorry John, that your design

Sorry John, that your design was not selected (I imagine that this is not your real name, you have used at least 3 names here). But damaging public property is against the law.

I agree--that previous comment by John is totally uncalled for and shows a real lack of judgement.

Par for the course...

... lots of suppressed (and sometimes not so suppressed) anger gets expressed by this poster. Or maybe its just a super-tough-guy pose....

I don't remember picking on you at Latin, did I? If I did, I am sorry. I think. If you read the response correctly, I was responding to Swirly's and other bikers sometimes violent response to bike related issues. That's all.

Tough guy? That's sweet of you. You must be pretty far down on the pecking order of life to think I am some kind of super tough guy.

On the other hand, from a city that has produced the Shaw Memorial, the Fiedler Statue, the Commonwealth Avenue Mall, the Vendome Memorial, the Make Way For Ducklings Statue, the Sleeping Moon, Clapp's Pear, the James Sullivan statue, etc., this statue is a piece of crap.

I think the statue is fine. And even if I didn't, I wouldn't consider vandalizing it (or wish someone else would do so).

Just the opinion of a lowly peon, far beneath your notice or regard, I guess...

Bostonians always hates anything new...until they love it!

That corner is already called

That corner is already called Edgar Allen Poe Way. What's wrong with a statue in his honor?

You got it. This statue will become world famous and rightly so.

why the overly large anime eyes?

It would have been preferable if it the style wasn't cartoonish... Poe wasn't a children's author.

Ever see a photo of Poe? 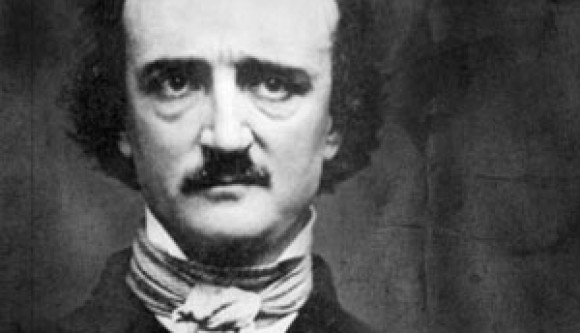 It isn't too far off.

Oh dear me, called out by swrrlygrrl, the expert on everything on the interwebs! Poe was an esteemed literary figure, not a Disney character who wrote fiction for Saturday morning cartoons. Read some of his works and you'll figure that out for yourself.

I guess you never sculpted

I guess you never sculpted anything in your life. This statue and recognition to the town where Poe was born is awesome and will be admired by all who have the privilege to see it.

Actually, I do sculpt. Your

Actually, I do sculpt. Your point, Janet Silversmith? Pro tip: If you can't take a little good-natured criticism then it's good you're merely an admirer of art and not a creator.

Sculpture artist, huh? Perhaps a little envious? Appreciate other artists without getting uppity. Everyone is different...im just an illustrator/painter. But i love to look around.

The Perfect Poster Child For Blepharoplasty

( or perhaps, statue child for blepharoplasty? )

Edited. After my know-it-all post, a trip to Google Maps told me Carver Street is no more.

Why does every monument have to be so literal at the moment? A monument to Poe has to be an actual statue of Poe? This would be fine I guess if the sculptor had any flair for, you know, making sculptures. Instead we are given a static photograph rendered in 3D of the cartoon we have in our minds of Poe. Want to stay literal because that's what the people paying for this old snore are demanding? How about a great grimacing raven pecking away on a window. It could even move. Bells could ring. They could tintintabulate even. A heart could beat beneath a floor board--it could even glow. The possibilities are seemingly endless.

Every monument has to be

Every monument has to be literal? Jeez I would love if we could get more representational art. So much modern stuff is abstract garbage no one can relate to and it ages very poorly.

Because That's How Disney Does It

Could also serve as a Kurt

Could also serve as a Kurt Vonnegut memorial. Kinda looks like him. Quoth the Raven 'Po-Tee-Weet?'

That statue would have to go in the old livestock market holding area under Quincy Market.

Anyone who chooses to

Anyone who chooses to denigrate this awesome sculpture of Poe has obviously never sculpted anything in his or her life. This depiction of Poe in the town where he was born is a real tribute to the poet. People who view this sculpture in person are indeed fortunate.

...is gloriously all over the map and probably traces curator fads over the years.

I think there may be a politician angle too.

If they get too modernish, then dickbags complain about 'going over the publics heads' and Poe's pendulum swings back to the provincial mediocrity that has long been a masshole benchmark.

But if it swings toward basic representational stuff, Larry Bird's sneakers, or whatever the modernism handwringers will get the vapors cause we aren't world class enough.

A round of nepotist laments may rise as well.

Having made a fairly extensive and ongoing album of the mess, I kind of like it's diversity.

Reminds me of John Astin

I look forward to viewing the statute to see if the similarity is still there.

If not by my eyes only is seen the similarity then I wonder about the coincidence of John Astin's birth in Baltimore. Add Mr. Astin's unforgettable Gomez Addams, a not too distant cousin, albeit in a comic vein, to Mr. Poe's macabre atmospheres, well I see lots of coincidences if not outright irony. Also add Mr. Astin's portrayal of Poe in a Once Upon a Midnight. Well, maybe there is a mysterious relationship between Messrs. Poe and Astin that is truer in the Poe universe than ours.

Boston should celebrate it's connection to Poe. Even if Poe disliked Boston during his life, I think the truth is that he was not a particularly happy man in general. Alcoholism can do that. Baltimore, Richmond and New York all already claim Edgar. Why not Boston? Baltimore, for all its charm today, was not so charming at the time. Baltimore can claim Edgar's body but that claim is qualified with the fact that he died there in a gutter.

Perhaps Edgar's spirit has actually left Baltimore and, who knows, maybe has decided to visit the Frogpondians, giving us a chance to redeem the earlier Bostonians. His "toaster" no longer visits his grave in Baltimore leaving roses and cognac.

Boston relationship to Poe includes having possibly provided the inspiration for The Cask of Amontillado.

Of course Boston does not lack famous writers. But how many popular writers are celebrated in Boston? Perhaps the proximity of the Poe statue to the Kilbran plaque will inspire further celebration of great popular literature.

I love it! And I love that

I love it! And I love that his coat is blowing, because Boyleston always seems to be windy!

Newbury Street to get a whole bunch of car-free Sundays
Yes, four of those weird helicopters just flew over Boston
Some Orange Line machinery that's been obsolete for years but is still plugged in and still kind of works
Moving-truck driver chooses backup of shame over truck haircut
Faulty Green Line door proves hard to ignore
Grubby alley wouldn't do for the entrance to a speakeasy at a luxury hotel, so developer of new Raffles tower in the Back Bay is planning what could be world's first 'sky speakeasy'