A neighborhood says goodbye to its mayor 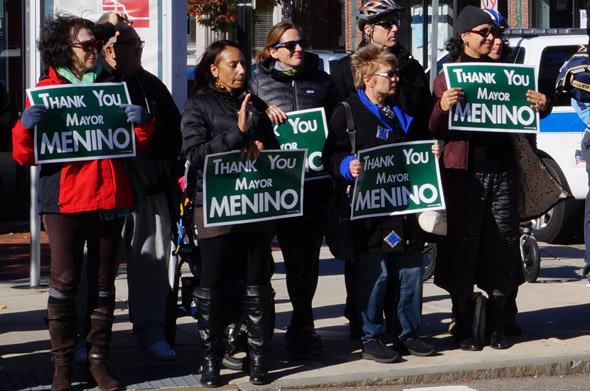 At first, the mood was almost festive. Schoolkids and many adults waved flags - some handed out by Carlos Arredondo - and friends and neighbors reminisced. But as the sirens of the motorcycle cops began to echo down Cummins Highway and the funeral procession appeared, heading down the hill into Roslindale Square, the crowds gathered around Adams Park hushed. 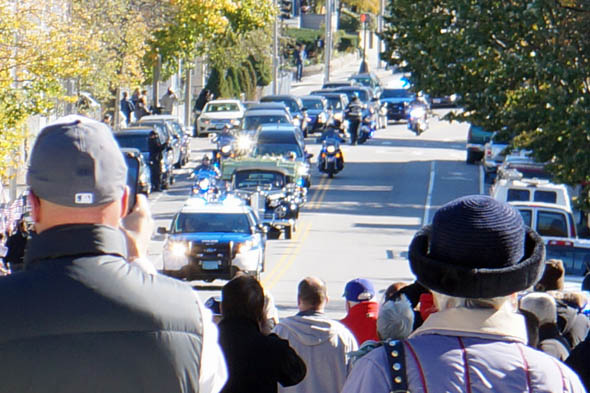 It seemed appropriate that as the procession made the turn from Washington onto South, it was welcomed by a sign that still proclaimed Thomas M. Menino the mayor: 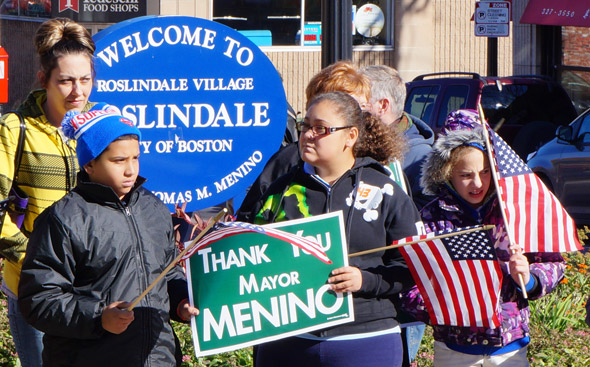 As the procession went through the heart of the square that Tom Menino helped bring back to life, people slowly waved at the people inside the limousines. They held up their "Thank you, Mayor Menino" signs. Next to me, a man softly said, "thank you, Tommy." 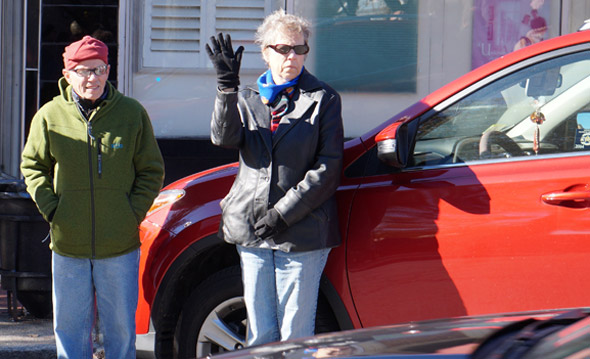 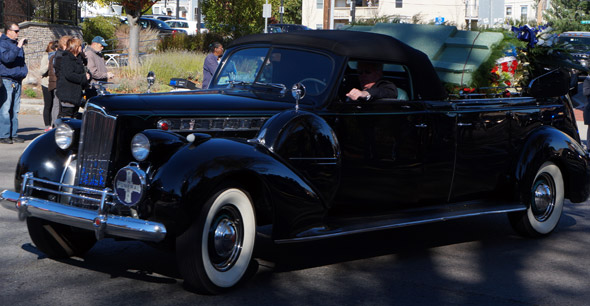 "Godspeed Mayor Menino," Dana Reichman Gitell wrote as a caption for her photo of the hearse on Poplar Street: 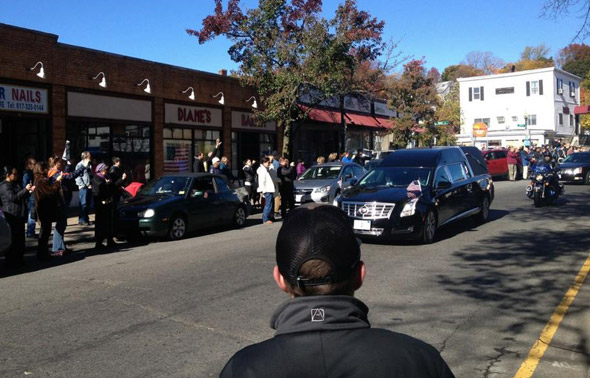 And then, the procession was gone, on its way to Hyde Park, for a funeral mass and burial. And people in Roslindale began to clap.

The people downtown were silent when Menino's procession went by. The people in Roxbury & Mattapan cheered loudly. I think this is really indicative of Menino's focus on revitalizing communities that had totally been forgotten. He cared so much about these outlaying communities of Boston. He reunited them with the city through his whopping 18 Main Streets programs. These communities are forever changed for the better because of him and today the residents of those communities celebrated that.

I watched quietly -- but in the same spirit as those who clap & cheer.

I will miss his presence all over the city!!

Thank you as always, Adam.

Thank you for sharing these photos from the Square. I had wanted to be there to watch the procession, but couldn't due to work. As someone who has benefitted directly from Menino's efforts in Roslindale, I wanted to show my support in my neighborhood. This piece made me feel like I was there.

I watched from Beacon Street and befriended a woman standing next to me. We chatted for a while and then the procession sped by. We stayed a minute and watched them drive off towards Fenway.

As we went to leave, we both tried to say "nice to meet you" through quivering chins. We ended up hugging each other and crying. So very odd and so very wonderful at the same time.

The funeral was nothing short of incredible. So thankful for the ability to see it remotely.

He will be missed.

Zoning board approves Roslindale marijuana shop, but sets limits on days of operation to keep it from grating on the neighborhood
The Burbs Are Hot in Boston - Here Are 4 of the Best Suburbs to Live
Man charged for attempted car break-ins in Roslindale; police say he tried to use a passport stolen in an earlier break-in as ID
American Legion Highway between Franklin Hill and Canterbury remains a tire-destroying menace
Court says FBI documents shared with local investigators become 'public records' in Massachusetts
Sartre's sequel to 'No Exit' is less well known today