No kidding: There are goats in Hyde Park 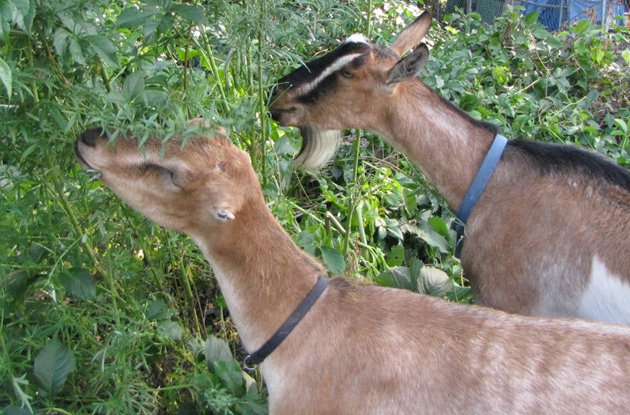 We drove down West Street to the very end (just past River) this afternoon and, yes, just like we herd, there were goats there, behind a fence in a new "Goat Management Area."

The Southwest Boston Community Development Corp. rented the four goats for eight weeks to eat up a really baaad infestation of poison ivy on a city-owned urban wild off the Neponset River - through which local high-school kids will lay down paths after the goats leave. According to the city:

They do their work quietly and without disturbance, unlike expensive and noisy machinery, or herbicides which can be toxic. There is no hauling or dumping of debris as the goats eat the invasive plants, digest them removing harmful seeds and oils, and then deposit a clean and odorless natural fertilizer back into the landscape. They are also tick resistant, reduce the risk of wildfires, and do not damage the soil thanks to their small hooves. 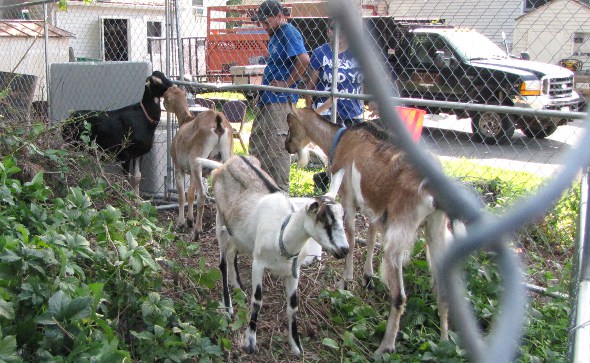 The land is next to a house. The residents knew the goats were coming, but were surprised to come back from a short trip this afternoon to find not only the goats but a large container of supplemental food for them in their driveway - and no instructions on what to do with it.

One of the residents thought the goats looked thirsty, so he climbed over the fence (electrified just enough to keep the goats in and coyotes out, not enough to hurt people) with a bucket of water to tote to the goats: 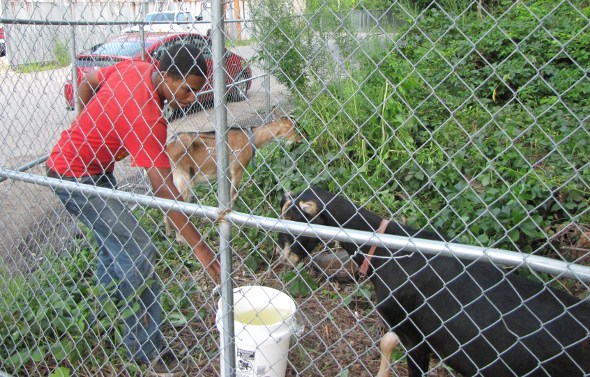 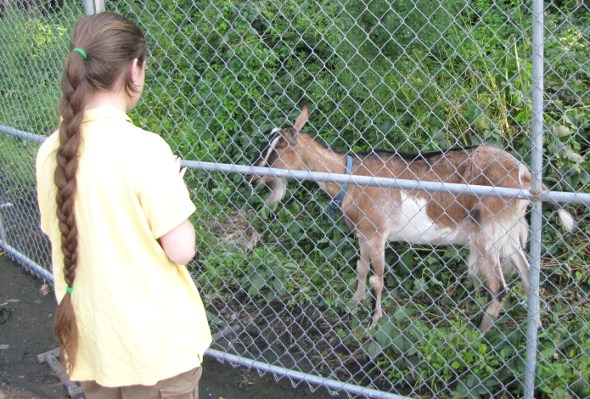 The neighbors were very nice, but try not to park on their land - the first day of goats is always fun, but after a couple of days, you can see how they might get tired of all the attention (as we were leaving, an NECN crew was setting up). Also, if you do go, resist the urge to pet the goats when they come up to you (which they will) - not because they're gruff or anything, but because they're likely to be covered in poison-ivy oil.

If you walk past the goat-management area, you can get onto a short path along the Neponset (which ends at a Fairmount Line train trestle): 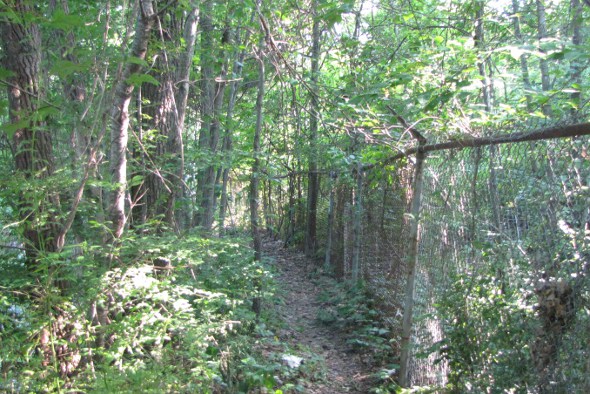 More on the goats and their new home:

I hope this isn't a baaaaad idea.

They're stealing our JERBS!

a singles ad on NH craigslist.

A man walks into his bedroom leading a goat on a leash. His wife is reading a magazine in bed.
"Honey, this is the cow I fuck when you're 'too tired' or 'have a headache' or whatever", he says.
His wife glances up and replies, "that's not a cow, you moron".
"I wasn't talking to you", says the man.

(I don't suppose this adds a lot to the conversation, but I always like to give the 'thumbs up' to goats whenever possible. Delightful animals, for the most part.)

When it comes to clearing out

When it comes to clearing out the poison ivy, that approach sounds hard to bleat.

"The residents knew the goats

"The residents knew the goats were coming, but were surprised to come back from a short trip this afternoon to find not only the goats but a large container of supplemental food for them in their driveway - and no instructions on what to do with it."

Sounds just like the City to give the neighbors no notice on this. This sort of thing really gets my goat.

Or was it the SWBosCDC imitating the City?

They are liking the wormwood too.

I wonder if the thujone is a taste treat.

That Boston is a Nanny state.

"...deposit a clean and odorless natural fertilizer back..."

You trying to tell me that their sh-t don't st-nk???

Look out for Green Mountain Rappers