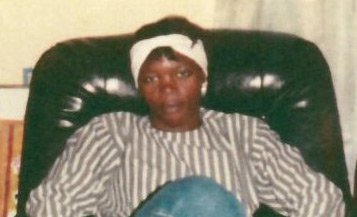 DNA evidence led prosecutors to a New Hampshire man for the Sept. 6, 1987 murder and rape of Dora Brimage, 19, of Roxbury.

Suffolk County District Attorney Dan Conley today announced the indictment of James Paige, 50, of Manchester, NH. Paige is currently locked up in Manchester on 2015 drug charges, but is expected to be brought to Boston in the next few weeks for arraignment on murder charges.

Dora Brimage was born and raised in Boston. She was active in her church, where her grandmother was a deaconess and she sang gospel in the youth choir. She hoped to pursue a career in nursing. But all her hopes, dreams, and accomplishments came to naught when she got into a car with the man who, we believe, took her life.

The evidence suggests that Dora accepted a ride from James Paige when she left the party, and that she was taken to a building at 655 Warren St. The building was vacant at the time and under renovation. Dora’s body was found by workmen the next morning, horribly beaten and partially undressed.

Conley said that in 2014, investigators from the BPD cold-case unit fed DNA information from Brimage's case into a national DNA database and got back a hit linking it to Paige - whose sample was in the database because of a prior felony conviction.

By itself, that's not enough for an indictment, let alone trial, but Conley said that BPD detectives and his prosecutors were able to find witnesses able to corroborate police suspicions - similar to the way investigators found a suspect for the 1982 murder of Lena Bruce.

Neighborhoods:
Roxbury
Ad:
Like the job UHub is doing? Consider a contribution. Thanks!

Hopefully the family and

Hopefully the family and friends of this women can have some peace.

This is great news! Dora was a popular, confident young woman. Her death was shocking and the unknown has always lingered in her community. Who killed Dora and why? Now we know who! Thank goodness her family can finally have peace.

Person shot in the back on Dale Street in Roxbury
Woman charged with punching elderly man in a wheelchair in the head and robbing him in Nubian Square
Mothers walk for peace again
Citizen complaint of the day: Police can't collar loose goose
Roxbury man charged with lunchtime shooting outside Randolph Wendy's
15-year-old charged with shooting at Ruggles T station last month