South Boston could get restaurant focusing on food rather than sports, featuring the food stylings of Brian Poe 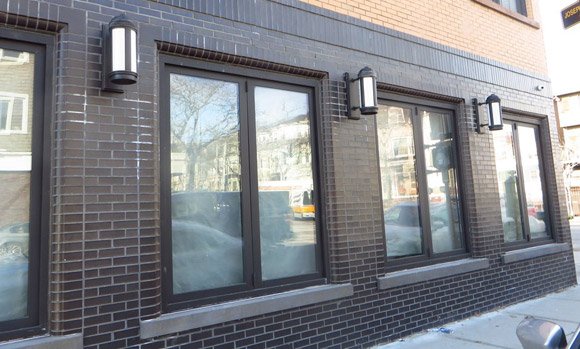 Michael Norton, who has long owned buildings that house restaurants, wants to open one of his own: He's applied for a liquor license for vacant restaurant space in a building he renovated at East Broadway and L Street.

Norton, who is "Southie born and raised," his attorney assured the Boston Licensing Board this morning, wants to open a restaurant there with chefpreneur Brian Poe and area restaurant owner Gordon Wilcox - known for such places as Parish Cafe and the Rattlesnake Bar and Grill.

Norton is seeking one of the ten unlimited liquor licenses the licensing board gained the authority to issue this year. The board has already awarded some and could decide tomorrow which of the more than one dozen applicants still remaining gets one.

The proposed eatery, as yet unnamed, would "be a place to eat," rather than a place to watch big games on giant-screen TVs, Norton's attorney, Kristen Scanlon, told the board. South Boston, she said, already has its fill of sports bars, and that particular location could really benefit from a neighborhood gathering spot with the emphasis on food, she said.

Scanlon said that after a career as a restaurant landlord, both in Boston and in Washington DC, Norton wants to get more involved in the day-to-day operations of a restaurant.

She estimated it would take three to four months to open the restaurant - the space is fully remodeled but needs kitchen equipment and dining-room furnishings.

Mayor Walsh's office, along with city councilors Bill Linehan and Michael Flaherty, supported the license request. If the board does not award Norton one of the new licenses, he could try to buy one on the open market - for $300,000 or more.

Meanwhile in the South End, Bryan Poe's Estelle's turned Cluck It turned "closed for renovation/rebrand" space sits quiet after all these months. What's going on over there?

Food not sports at a restaurant? Well la-di-da.

many of the other places in this area are sports bars first, and restaurants second. So it would be a nice addition to have another place that concentrated more on the quality of the food.

But yeah, food centered places are certainly outnumbered by the "bro bars" like Stat's, Junction, Playwright, Shenanigans, Tom English's and the soon to be closing BBG.

I'm not saying we need more sports bars, but the whole "Oh I have nowhere to go to just get food" thing is getting old

Didn't hear about that one.

I know Atlantic Beer Garden is closing, along with the Priest, to be torn down for a new building. Perhaps there was confusion?

...enough of these places that have 20-something bros that are more concerned about sports than having a good meal and an intellectual conversation.

The good news is that that demographic is being priced out of South Boston. I just feel bad for Dorchester because that is where they are moving to.

if it's not a "sports" bar, who is going to patronize the place? Non sports bar establishments do not survive in Southie. All the yuppie bras and bros aren't going to there.
This is just a ploy to get the liquor license. Once that is obtained they'll be off to Best Buy to purchase a bunch of flat-screens.

It would be great if this

It would be great if this really didnt have giant screen TVs (putting the news or something else on TVs is no better than sports, no TVs would be a nice change. Southie born and raised doesn't bring to mind interesting food, but we will see.

In the few dealings I've had with him he's been a really decent guy.

Good luck to him but that immediate neighborhood has some of the busiest-bodies in the entire 02127.

Stock up on aspirin and booze, Mike. The neighborhood ladies are coming!

Thumbs up from the Gates of Heaven Neighborhood Association

They voted to support him when he first proposed the idea a couple years ago and, according to his lawyer, reaffirmed their support for the proposal more receently.

According to the Southie Neighborhood board on Facebook, this place (and any eating/drinking establishment that wants to open in South Boston) is going to be the next Centerfolds.

Sure it's fine if the locals like the proposed owner. From another angle, I know and like Chef Poe. He plans and produced innovative and great-tastnig dishes (great presentation too) that people actually enjoy.

Man arrested outside Southampton Street shelter for South Boston rape
Sexual attacker sought in South Boston
Moakley Bridge light pole falls on pedestrian's head, sending her to the hospital in bad shape
Excel High student, mom arrested trying to battle their way into school to attack another student, DA says
Man charged for role in homophobic stomping at Andrew station
People stumbling out of the Andrew T stop late at night with a hunger for pizza will have to go home and order from there, board says