Time was, trains were guided into South Station via hand-cranked levers 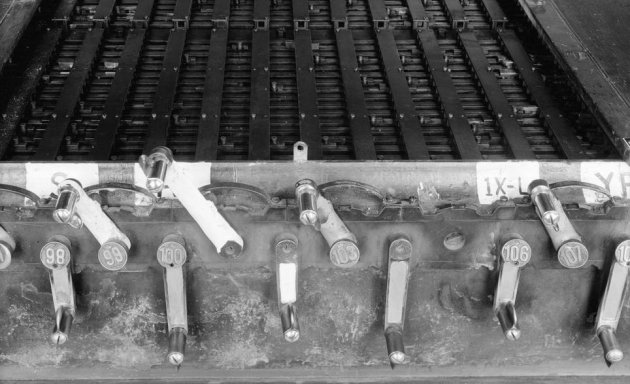 Some of the levers that used to control the switches at South Station. See it larger.

Thursday's South Station meltdown proved to be the fault of a computerized track-switching system in a building called Tower 1 (and seems Amtrak still is unsure what happened).

Today, Tower 1 is a shed, basically, but it once was an actual three-story tower in the middle of all the tracks funneling towards South Station. Installed in 1899, it handled the more than 700 trains that once came into and left what was once the busiest train station in the country, using hand-cranked levers to control pneumatic tubes that changed the settings of switches in the station's large "interlocking," where trains could be guided from one set of tracks to another.

In 1979, Tower 1 was put on the National Register of Historic Sites. And in 1983, with some of the original equipment still in operation, two historians documented the tower before Amtrak tore it down for replacement by a new computer-run system as part of the Northeast Corridor electrification project. Today, let's take a look at some of their photos (and tomorrow, we'll look at South Station back in the days when it was really big). 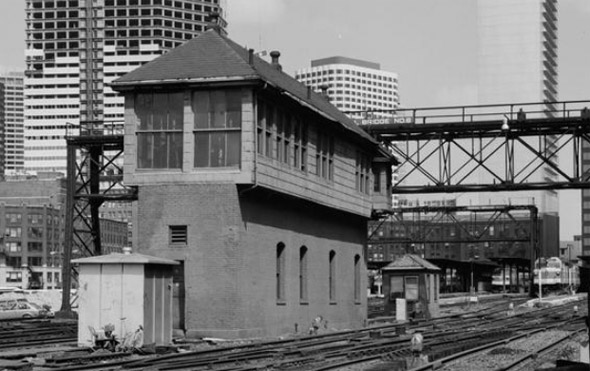 There were a lot of levers: 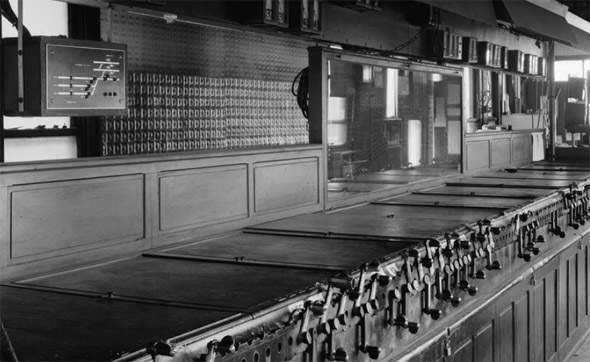 A model atop the interlocking levers showed the switches in action: 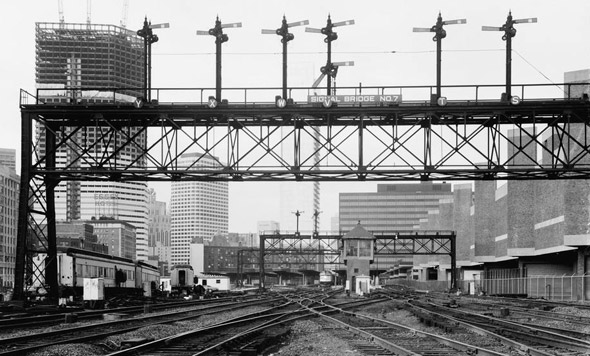 The switches on the first floor that relayed electrical signals to the train switches: 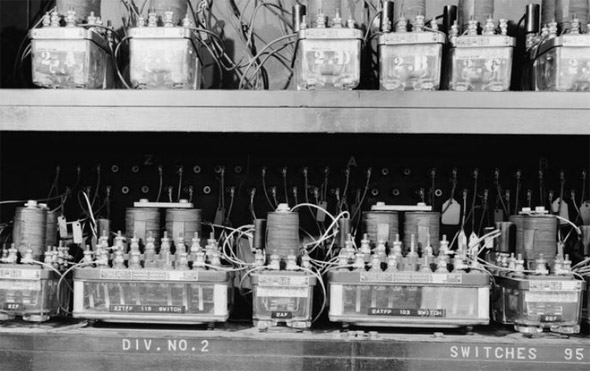 Keeping track of those volts and amperes: 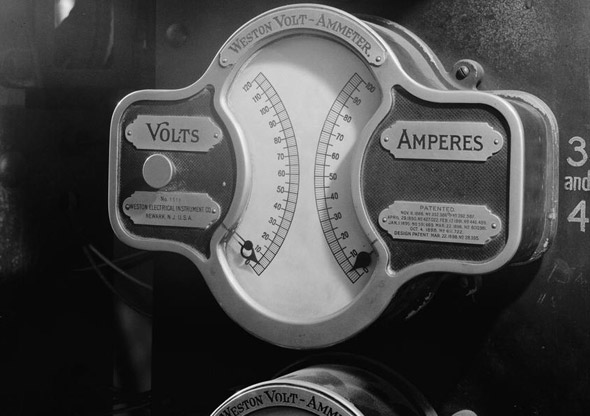 On the third floor, the supervisor could look out over the tracks: 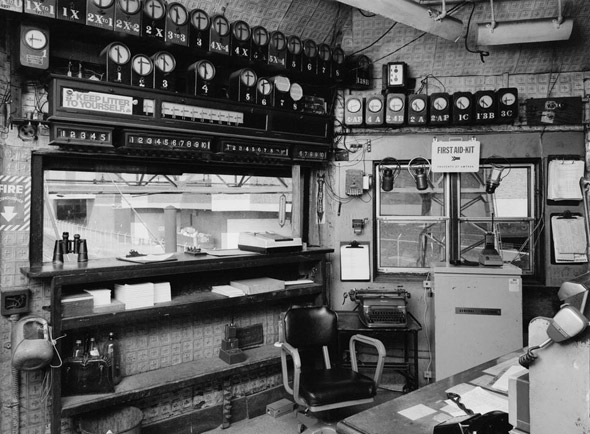 More on the history of interlocking systems and South Station.

How in the hell do these two phrases belong together....in the same paragraph no less:

In 1979, Tower 1 was put on the National Register of Historic Sites.

Amtrak tore it down for replacement

WTF. I thought National Registers were supposed to preserve sites, not enable them to be torn down.

From the National Register of Historic Places Wikipedia page:
"While National Register listings are mostly symbolic, their recognition of significance provides some financial incentive to owners of listed properties. Protection of the property is not guaranteed."

More about the current arrangement of tracks at Tower 1 and what happened on Thursday on my blog:
http://dbperry.weebly.com/blog/what-is-tower-1-and-why-do-we-hate-it

The City that Always Sleeps slowly wakes up: Late-night tacos approved downtown
Changing times: City councilor who once opposed late-night tacos downtown now supports them
Moakley Bridge light pole falls on pedestrian's head, sending her to the hospital in bad shape
Green Line suffered another rail slip, but nobody was injured
Cambridge Street along Beacon Hill to get a dedicated bike lane
Orange Line resumes and, at least for the first day, boy, are the station floors shiny