Upscale Allston grocery shuts; location would be ideal for a bro bar 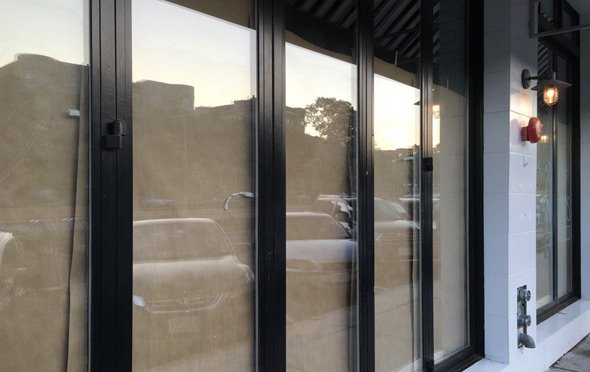 Thanks for the correction

When a business goes under, but it flopped from the start and then bFresh was the nail in the coffin. Were they a grocer, a deli, a coffee bar, a liquor store, a succulent shop? It was sort of a master of none situation. I just never had a good experience there.

It always makes me smirk a bit when people are surprised a business goes down, yet they've never supported said business. Don't get me wrong, it's no obligation for you to shop there.. But if you didn't buy anything, what about everyone else?
I worked in a music shop that kept moving around due to high rent and low sales, and guys would come in complaining "man, this place ain't what it used to be! I miss the good old days!" Then I'd ask them when the last time they came in and bought something, and it would always be 5, 10, or more years since they supported the shop. What exactly were they expecting?

a shop. Is it really the customer's obligation to "support" the shop, like it's a charity that needs assistance?

Isn't it the shop's job to sell items that are sufficiently in demand, at a price that's sufficiently competitive, to stay in business? If customers are wandering in and saying they haven't bought anything in 5 or 10 years, isn't that a sign that perhaps the store needs to reevaluate its market and step things up somehow, either by changing merchandise, improving or expanding services, adjusting prices, or otherwise making a change to make the place competitive again?

Personally, I never bought anything because the place is really expensive. It's definitely an aspirational foods store, like a smaller Dean & Deluca (nyc store). Too aspirational for my budget.

I go to the fort point location regularly enough. Lunch line is usually short compared to others and I like getting fresh juice. Coffee is good too but there's a ton of competition for that by now. Hope it stays open there at least.

It would be ideal

for a Chinese restaurant.

An 'Upscale' grocery in Allston?

There's your problem right there.

Yeah, I was always skeptical

I did buy a couple of things there, once, but it was pricier than Whole Foods. I saw people in there for weekend brunch, but I guess it wasn't enough.

I'll be curious to see what lands there next.

Long before any of those places, it was the cine-pub "Play it Again Sam's" (where they gave you a free pitcher of beer on your birthday.)

that place was pretty wild late at night. if I remember correctly you could get a beer there right up until 2am. I was in there one evening and had far too many cold ones. when I left I crossed the street and found myself on the green line tracks with a wrought iron fence keeping me from getting all the way across comm ave. as I already stated I had been drinking and wasn't making brilliant decisions. I suddenly (thankfully) heard the train coming up behind me as I walked the 50 or so yards to the opening of the gate to cross. it was too late, the train was coming fast and before I knew what was happening I had to leap to my left and press my back against the iron fence as the train went by me at full blast. it was very loud and I could feel the speed of the train passing about a foot away from my body. I was terrified and worried that if part of the train stuck out on the end I was a deadman. as I was thinking this I saw the conductor go by, almost in slow-motion, in his brightly lit compartment. as he passed he opened his window, spit in my face and screamed that I was a f------ a--hole! I couldn't believe what was happening!?! the street car eventually passed and I stumbled my way home. i never crossed comm ave again without an intersection and crosswalk.

1) Glad you survived that!

2) You deserved the name-calling but certainly not the spittle - gross.

3) You should share your story with MBTA about why those fences are total BS and actually create a dangerous environment.

Won't be open much longer. They've been dismantling it for a couple years now. First some of the prepared foods, then I think the liquor store part just closed. Cool concept, and had they held out a few more years, it could have done well w/the influx of new residents, but doesn't look like it will make it.

Please say another Joshua Tree-esque bar won't open in its place. I used to live right next to this location when it was still a bar and there were near nightly fights at 1AM. Don't miss those days.

I checked this place out shortly after it opened, it was certainly an interesting store with an attractive (and appropriately hipster-for-the-area) design/lifestyle appeal. It seemed like the upscale-ness was spurred by the local area's gentrification by the Mt Vernon Company's 3 new upper-class/luxury condo buildings on Brainerd Rd, but that wasn't quite enough it seems to justify running an entire upscale liquor store/deli when the area is still majority young students.

I'm not sure if they're closing because of sheer lack of sales by misjudging the area or if there's larger problems in the backend of the company (hence the other location maybe closing as well?) But it's better business decision they close sooner than waiting to see if sales improve while slipping deeper into debt --- as their sales from 2016-2017 were probably highly unlikely to get any better to justify staying open.

"Bee's Knees" would be a cool

"Bee's Knees" would be a cool name for a bar, too.

Now that would be hip.

The menu items always sounded appealing but I was never that impressed with the food. (I never had brunch there, though). And the market idea was misguided from the beginning - with the exception of some of the deli and cheeses, most items in the market area can be found or are easily substituted for by items at some of the grocery stores in the area.

I think a more solid and diverse menu and a focus on the cafe part of the business would have been a smarter route to take.

-Old money isn't going to shop at a place like this.
-New tech money is mostly on paper, plus they want "innovative" solutions, not a bastardized general store.
-Can your average hipster actually afford to shop at hipster establishments? For all their love of sustainability, businesses catered to them sure aren't.

Like others have said, Bee's Knees is an awkward fit for the location. As a grocer, it's too expensive to substitute the nearby Star, b-Fresh, or even friggin' Whole Foods; as a deli, there's plenty other light fare options at Harvard & Comm Ave (and the 9 PM closing time for the kitchen absolutely destroys it), and as a coffee shop, well. There's a Starbucks literally next door.

I live two minutes by foot so I would indulge in breakfast or weeknight sandwiches, and I've bought a decent share of plants and flowers from them for my apartment, but everything else is grossly overpriced whether you're a student or a professional. So, yeah, it's mostly a nice indulgence if you want artisanal cookies or drinks, but that's not going to sustain a locale that size.

But if they ARE doing renovations? Then I hope they do something about the pest problem that's been growing for the last few months. Didn't use to be like this, but flies are now a serious issue at that location, and it's become impossible to just ignore them or swat them away (especially if you're waiting for a food delivery behind the coffee counter.) In fact, when I first saw this article, I was sure the closing was due to a sanitation issue regarding those flies!

has not been updated since a "now hiring" post on March 14. With the slow response to the media saying they are closing, perhaps they should hire a social media coordinator.

Did not pay staff after closing

My roommate was working at the Allston location & had no idea they were closing. Also she was supposed to get paid this week but the owner Jason Owens is no where to be found. He ditched town in January & was working mobility.
I worked for the neighborhood group when the other partners bought him out. I over heard he is not a good person or business partner.

Which replaced the Armadillo Cafe.

Which replaced Play it Again Sam's.

Which replaced some German restaurant that I wasn't here for but which a few geezers I know remember fondly.

I walked into the Bee's Knees the day after it opened, walked out after five minutes and never went back. Allston's still not ready for that scene and I hope it never will be.

Knew This Was Coming

Can't say I'm surprised by this. I got a few things there since I live right around the corner but whoever did the market and demographic due diligence for this location and whoever gave final approvals to move forward should look for a new occupation. Totally missed the mark on this one.

It was clear to me that this place wasn't going to last and there were many things I wasn't going to buy there (prices too high). As others said, you have Whole Foods and Bfresh both within blocks and better price points combined with much larger selection. As someone else said they seemed to not know who they wanted to be. Plus, it's a tough location. This is a pure commuter location. There aren't a lot of folks around between 8am and 6:30pm. If they had been a restaurant downstairs and pure bar with food upstairs (with a kitchen that stayed open later) and had the specialty food items, then maybe.... But the killer was charging San Francisco and Manhattan prices in a predominantly Boston student neighborhood. Just a major fail on that idea.

And yes, the last time I was in there a few weeks ago the flies were way out of control. I had to get up from my table, take my sandwich and leave. It was unbearable and that's never good for business.

Board concludes Allston karaoke place didn't overserve woman who suddenly collapsed; asks if she might have been drugged
Man dies in motorcycle crash on the turnpike in Allston
Our rainbow drought ended this evening
New owners of venerable Allston bar seek to add performances by local musicians and trivia events
Lowly former pharmacy in Allston could be replaced by brawny apartment building
Allston gets Uyghur food