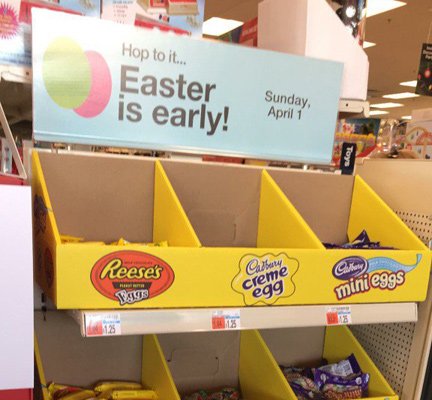 Realist Rob reports his wife snapped this display at the CVS on Bridge Street in Weymouth today.

This is retail at its most pathetic state. Who wants candy to sit around their house for a quarter of a year?! WTF

... not chocolate lasts more than a week in my house. A half a year is unimaginable. 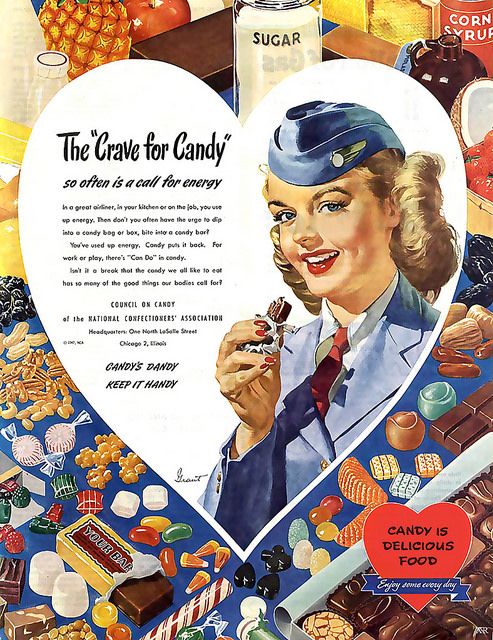 I love that poster

It confirms everything I've believed yet have always told otherwise.

The truth comes out! Candy is food my body needs.

Hurry. Start buying your gifts for next year before the run out! Where is the aisle for next year's Xmas decorations, cards and candies?

Make it ecumenical and it will be a word that even German's would envy for its length.

Someone should open a year round store just for Christmas. They could call it the Christmas tree boutique or shop or something.

the South Market building at Faneuil Hall Marketplace has a store called Christmas in Boston which I think is open year-round.

Now we know what you want Santa to bring you. The phrase beginning "continuous holiday" really belongs in your letter to the North Pole, not in this blog.

Bah humbug. Replace everything with Festivus.

The 1985 scifi dark humor movie by Terry Gilliam, not the country. Every day in every way we are getting closer to this dystopia I'm tellin ya! Prepping seems less and less crazy, I've got to go shopping now and pick up some gifts...

I propose the abolition of all existing holidays, and their replacement by a single one: Doomsday. This would not, however, be a net loss, because Doomsday would occur several times a year, but not on fixed dates. Doomsday dates would not be chosen by authorities, but would be determined by contributions to a charitable fund called the Doomsday Fund. Contributions would be weighted so as to encourage broad participation; a single gift of a million dollars would be weighted somewhat lower than 10,000 gifts of $100 each. If a very wealthy person wanted to make his birthday a holiday for one year, he could do so, but he would have to give a significant proportion of his wealth.

Once contributions for a particular date had passed a certain threshold, that date would be declared Doomsday. The number of holidays per year would thus be determined by the level of giving, and by the threshold. The threshold would initially be set with the loose goal of keeping the number of holidays consistent with current practice, and if that was not initially achieved, the threshold would be adjusted. Adjustments would become more difficult with time, so eventually it should be possible for the public to permanently increase or decrease the number of holidays per year by increasing or decreasing their levels of giving. There would be fat years and lean years. An enthusiastic billionaire could declare a Year of Jubilee, and give away his entire fortune. Online movements like Let’s Begin Summer With Five Days Off! (hashtag #letsgetitoff) could create microbursts of enthusiasm. People could lobby with their contributions for recognition of things they think are important, like an eclipse, or a victory in sports or war, or the anniversary of a memorable event. Those attached to particular religious holidays could target their contributions towards them; thus the virtue of giving to the poor and needy would be compounded with reverence for the holiday. The usual favorites like Christmas would no doubt reach the threshold easily every year.

Imagine the excitement and enthusiasm when a day like, for instance, next Monday, is getting close, and everybody is watching the Doomsday Board (there would be one in every outlet that sells lottery tickets) to see if we’ll make the threshold, cheering it on, and, if it is reached, shouting “Doomsday!” at the tops of their lungs.

And CVS wouldn’t be able to plan their year around it.

Someone I know used to work

Someone I know used to work at the Hershey Plant (before they out-sourced production to Mexico), and he said they start producing Easter candy in December and Halloween candy in June.

The war on Easter

The war on Easter is over. Everyone can start saying Happy Easter again.

And Sodium Benzoate As A Preservative

Commercial candy these days has preservatives in them that make them last longer. You may be surprised were you to research the actual manufacture date and how long it has already been sitting in a warehouse someplace.

In fact, you may find that the so-called Easter Candy is actually left over from last year, assuming anyone tells the truth.

This is a case of wholesale bleeding through into the retail marketplace. A friend of mine does business in the floral and gift industry and I've traveled with her on occasion to wholesalers. When you walk in now they are well-into the Valentine, St Patrick, and Easter stuff. Christmas and New Years is long-gone off the shelves. And in about 3 weeks they will have the Red, White, and Blue out for July 4th.

Yes... the wholesale industry is that far ahead.

Which is also why some of the

Which is also why some of the candys that were of a slightly higher quality would sometimes show up "off game." I recall getting junky Cadbury Cream eggs that were dried out that obviously had been sitting around from the previous year every so often. I'm not sure how noticeable it would be these days with the changes they have made over the past few years though.

the discounted leftover Christmas candy is off the shelf already, after only two days?

...most of the Christmas stuff was off the shelves at least a week before Christmas to make way for Valentine's Day merchandise. Madness.

There was still plenty at the

There was still plenty at the local CVS last night.

Mock all you want

But those Reese’s eggs are the food of the gods. Sell them all year as far as I’m concerned.

They're Reese's Trees in the

They're Reese's Trees in the winter.

not the same - the chocolate

not the same - the chocolate to filling ratio changes slightly with changes in the geometry. the eggs are the perfect ratio.

They also have bells, for the Christmas version of miniatures.

I'd say this is ridiculous

but my Facebook "On This Day" features several posts over the last 7 years or so where I lament the unnecessary display of Easter candy in late December at CVS.

I always thought, in Boston at least, that it was a little beacon of hope that we wouldn't be freezing to death forever. The Easter candy's out, so obviously it'll not be -10 soon! When I lived in warmer climates, it just feels odd.

The CVS in Brookline was Easter'd up as well!

I have nothing but good

I have nothing but good things to say about the mini Cadbury's eggs in the purple baggie single serving no matter when they arrive. It is so hard to find them in that size. I've noticed they have started producing them for other seasons now too , red and green for Christmas but only in the little baggies for Easter.

In other Weymouth news