A federal judge last week tossed Johnny Monsarrat's copyright suit over a Beverly man's Web site that mocked him, because he waited too long under federal law to file the suit. However, US District Court Judge Patti Sarris said Brian Zaiger's counter-suit against Monsarrat could continue.

At issue was a photo, taken in 2000, that showed Monsarrat, dressed as a large MIT beaver, posing with a man and two children, at MIT's commencement. In 2008, somebody manipulated the photo to turn the beaver into a pedobear, changed "MIT" to "PDB" and posted it to Zaiger's Encyclopedia Dramatica, a Wikipedia-like Web site, only more consistently obnoxious.

In 2011, Monsarrat, who once sued more than 100 people over his reputation, formally copyrighted the photo, which a passerby had taken, but which he said he had composed. On March 2 of this year, he sued Zaiger for copyright infringement, after repeatedly trying to get Encyclopedia Dramatica's Web hosts - Zaiger has moved the site from country to country - to remove the altered photo.

In her order, Sarris said Monsarrat was several months too late, because of a three-year limit on copyright-infringement suits. She wrote Monsarrat knew the altered photo existed at least as of May 11, 2013 - the timestamp on the screenshot he submitted as evidence in the case - which means his period to file ended May 11, 2016, or ten months before he finally sued. The Web site no longer has the image posted.

Sarris also rejected his argument that Monsarrat couldn't have filed earlier because he was trying to find the true identity of the person or persons who initially posted the image and then kept reposting it. There's no legal basis for that, she wrote. In fact, it's legal to file suits against unknown people - as Monsarrat initially did in his first complaint against Zaiger, which listed several unknown John Does.

Sarris did allow Zaiger to continue his counter-claim against Monserrat. Zaiger's attorney, Marc Randazza, argues Monserrat's propensity to lawsuits puts his client at risk even with the dismissal of this particular case.

Three of the four PDF links at the end of your post go to the same URL. 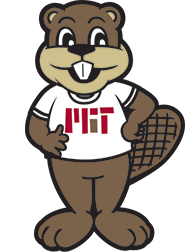 Beavers are industrious animals, with admirable engineering and mechanical skills. The video below tells the fascinating history of how Tim the Beaver became MIT's mascot— more than one hundred years ago!

Not of the "offending" parody photo, but of the judge wearing her best Judge Judy meets Lucille Bluth look.

You can't make this shit up.

Also, even though he lost, he also won. The ED page for "Jonmon" is gone and I doubt that it's coming back.

and to think ... he still owes me money.