MS-13 member admits he killed a teen in East Boston to get a gang promotion; faces life in prison 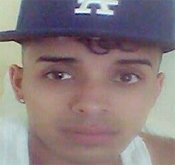 A member of an MS-13 "clique" in East Boston pleaded guilty last week to fatally stabbing Irvin de Paz, 15, on Trenton Street as part of a successful effort to increase his standing in the gang in 2015.

Julio "Animal" Martinez, 23, a member of MS-13's Eastside Loco Salvatrucha, faces sentencing on March 22; he is looking at up to life in federal prison, the US Attorney's office reports.

According to prosecutors, Martinez took great joy in killing de Paz, like him a native of El Salvador:

In recorded conversations between Martinez and a cooperating witness, Martinez acknowledged being a member of MS-13 and admitted that he stabbed the victim to death. Specifically, Martinez said, “I stabbed the asshole three times, and it was a beautiful thing! Just beautiful!” As a result of the murder, Martinez was “jumped in” and made a “homeboy,” or full member of MS-13, during a ceremony that was surreptitiously recorded by federal agents. When a prospective member is “jumped in,” members of the MS-13 clique beat the new member with their hands and feet while one of the leaders of the clique counts aloud slowly to thirteen.

Martinez is the second MS-13 member to plead guilty over the past three weeks to the murder of a teen in Boston. Last month, Henry Josue "Street Danger" Parada Martinez admitted he helped kill Wilson Martinez, 15, whose body, with multiple stab wounds, was found on Constitution Beach.

The two men are among 61 people indicted in a federal sweep in 2016 against the El Salvador-based gang. Joel Martinez is the 27th person to plead or be found guilty. Should he get out of prison instead of dying there, he would face deportation, the US Attorney's office reports.

I've said it before, it's like this "gang" (or whatever you want to call it) doesn't even care about making money. They just care about public intimidation & publically recognized murders. Some career path...

I hope an enterprising reporter

Asks the FBI how many more members of MS-13 are still living in East Boston and elsewhere in Greater Boston and if there is still an active joint task force (with Boston Police) working to make criminal cases against members committing crimes. The drug trade is what sustains them. Are we still creating new addicts through prescription and illicit drugs? Do they push or keep their heads down and supply the addicts?

Is this the equivalent of murder for profit?

I object to the death penalty because rarely is it possible to absolutely, without any doubt, know if one person killed another for no reason other than desire to profit (our better than some but still very imperfect judicial system notwithstanding). Yet when a person admits to killing in cold blood does that merit an exception? This is tantamount to murder for profit.

Thou shalt not murder. Instruction to the state and the individual. But when the state or individual does murder - clearly, unequivocally, at an absolute level of beyond doubt, what is the appropriate response? Paying a great sum to warehouse the person for the rest of their life?

Life in prison is cheaper

Life in prison is cheaper than the death penalty. Personally, I'm against the death penalty because the LAST entity I want deciding who lives or dies is the state and/or our justice system.

You know what would be really great? If we would 1) get rid of for-profit prisons, 2) stop the war on drugs, and 3) actually design prisons to rehabilitate offenders.

I think that would be the appropriate response.

In the 1980's the US supported the Salvadoran military in a civil war against the peasants of this Central American country. The war lasted 12 years and 75,000 lost their lives. We sent arms, trained their death squads at the notorious School of the Americas and empowered the murderous war criminal Roberto D'Aubuisson. It wasn't until four American church women were kidnapped, raped and murdered; six Jesuit priests, their housekeeper and her 16 year old daughter slaughtered; and Monsignor Oscar Romero was murdered at the altar as he celebrated Mass that the US pulled back.

As a side effect, or collateral damage, Salvadorans fled their homeland and sought asylum in the US. Some settled in Boston, many more in L.A. Many of the young men among these refugees, traumatized by what they had experienced, impoverished and often here without immediate family, could not successfully integrate into US society. They did not complete their schooling due to language barriers, and took to the streets, selling drugs. They were incarcerated and banded together inside prison, forming the gang known as MS-13. When their sentences were completed, they were deported to El Salvador. The same cycle of social alienation was again enacted, and rejected as being "Americanized", lacking any family ties or employable skills and hardened by prison life, they took up their old trade - gangs, violence and drugs.

Now MS-13 is perhaps an import from El Salvador, but it was born here in our prison system, because we intervened in someone else's country under Ronald Reagan to stop the spread of godless communism in our backyard.

Stupid foreign policy. The gift that keeps on giving

Deposing Mossadegh and backing the Shah in 1953... We are still paying for that one. Reagan's central American adventures brought us MS13. The Iraq war brought us ISIS. The hits keep coming

National Geographic did a

National Geographic did a piece on them
https://www.youtube.com/watch?v=ocBLgAaud_4

Citizen complaint of the day: Teddy bear meets tragic end in East Boston
Blue Line riders suffer dejection when trains halt for wire inspection
Edwards says she actually supports the idea of Indigenous Peoples Day; it was the way that Janey unilaterally decreed one that upset her
Construction worker fell six floors to his death in East Boston
Do you like piña coladas?
Nice dog - and the view's not bad, either