Not just a 4,000-seat music hall: Charlestown could one day also get a hotel, cinema, bowling alley and pool hall

The developer of the Hood Park complex off Rutherford Avenue has filed a request with the BPDA to be allowed to change its original plans for a business and residential development into a business, residential and entertainment park - possibly with bees.

Colliers International won permission in 2000 to convert the 20-acre former H.P. Hood headquarters and dairy into an 1.2-million-square-foot office park. Last year, it won permission to add a 177-unit apartment building, which is now under construction.

Now, the company is seeking BPDA approval for a 4,000-seat music venue and a restaurant and the possibility of one day adding other uses that could include a hotel, a movie theater, a billiards parlor, a bowling alley and shops. A day care is also listed as a possibility.

Colliers says it could do all this without changing the total square footage of the project.

The key to is the 990-space, five-level, 95-foot high, 75,000-square-foot parking garage Colliers wants to build on land where it currently only has permission to build an 812-space garage.

The 4,000-square-foot music venue and a restaurant, for which Colliers says it has operators, would go into the first floor of the garage. The company says that the upper floors will be designed for conversion from parking into commercial, residential space or hotel space if the need for parking spaces decreases.

To account for the larger size of the garage, Colliers has proposed shrinking an approved but un-built 102,000-square-foot office building to about 27,000 square feet.

Colliers is counting on nearby traffic improvements from Sullivan Square to the North Washington Street bridge being paid for by the city and the impending Wynn casino to help it handle the extra traffic.

The company adds that the garage should be able to handle parking demands from both the offices in the park and the music hall, since the former requires day parking and the latter night and evening parking.

Do they still need a special license for the pool hall?

With a capital T

That rhymes with P and that stands for POOL!

You do know this is Boston. Easier to list things you do NOT need a permit for...

Not slag Boston too much

Pool is banned in Dedham (per a conversation I had with staff at the Kings at Legacy Place.)

Build it, but don't increase the parking spaces

Keep that at the originally permitted 812 spaces, and then the developer presumably doesn't need a variance for the rest of the good stuff.

Everything is proceeding as I have foreseen. 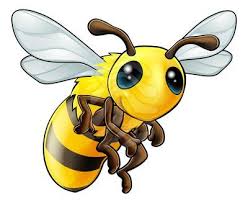 Because it's the trend in the

Because it's the trend in the Foodie industry to go out the back door of your restaurant and check on your honey manufacturers, then turn around and snip some fresh parsley from your on-site garden. Farm to table, right?

New Opera House in Boston or Cambridge can be supported by philanthropy. A Nwe Opera House would make our metropolitan area a bigger attraction as a whole.

Colliers is counting on nearby traffic improvements from Sullivan Square to the North Washington Street bridge being paid for by the city and the impending Wynn casino to help it handle the extra traffic.

Or ARE THEY now? Let's all close our eyes and just wait for all that traffic to mysteriously disappear from the casino and the circle and Rutherford Ave just as this asshole thinks it will, thanks to the taxpayers and a bunch of degenerate gamblers. And for what? Another overpriced shithole?

they cant all be counting on the same increased capacity

Well Wynn is also counting on the roadway expansion he is helping to fund to get more vehicles to his casino, and the city is counting on it to help with the increase in drivers as the transit poor seaport is developed, and now this development is counting on it to handle all their increased vehicles? The capacity isn't even going to increase that much. Not to mention the steady decrease in MBTA riders we have seen moving to driving. Think that will change after a few more fare increases?
Are the studies and plans for each of these three accounting for how much the others are counting on their added vehicles or does each assume the increased roadway capacity will only be for them and normal traffic growth.

U drive thru there, you get what you gots coming to ya.

No little raindrop caused the flood.

Yeah, lets cease all development. Abandoned buildings can stay that way. People don't need houses and jobs, right? Screw everyone else because people who insist on driving in a city can't be inconvenienced.

I didnt mean to imply the

I didnt mean to imply the development should'nt move forward, just that it shouldnt have so much parking. Every parking space adds more traffic. Cut the parking in half, or at least what they first proposed.

Will you be able to afford to live there?

Funny to see the addition of things like pool halls, cinemas and bowling allies being "new" to an area. Back in the day every area had their own little bowling alley, own cinema and many pool halls. It used to be that you didn't have to go five stops down the red line to bowl some candlepin.

The idea of a cinema sounds great.

It should not, however, just play the schlockier movies that are all too frequently played in the multiplex cinemas that dot the highways and byways of the Bay State, and the United States, as a whole. The new cinema should be a cinema that plays all kinds of movies; i. e. Great golden oldie-but-keeper Classic films, independent films, foreign films, and the like.

If they plan on building a standard multiplex, won't that just be competition with the Assembly Row multiplex? I mean, they can build whatever they want, but my advice would be to do what you think, since otherwise the competition would be one stop on the Orange Line away.

Hasn't even been redeveloped yet, and it's already going to be eclipsed by at least 2 new destination districts minutes away. (But at least it's still getting a billion dollar trolley stop.)

What's the other one

besides the one under discussion here (Hood Park in Charlestown)?

I mean, it's a stop away from Union Square, or will be when construction is completed.

(Which is also going to knock Assembly Row a couple of pegs down the ladder.)

Which is not something that I, personally would like to see happen.

Assembly Square is about a 5-10 ride (traffic depending) from this area.

This makes the Sullivan Square area - the strip from Hood to Assembly pretty interesting. I think the traffic will work out. Exciting

Please don't forget the other 6 stations