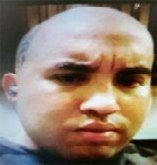 A federal judge today sentenced Jose Adan "Chucky" Martinez Castro to 19 1/2 years in federal prison for a racketeering charge related to his role in overseeing MS-13 gangs along the East Coast - including a December, 2015 gang conference at his Virginia house at which he ordered members to increase their attacks on the rival 18th Street Gang.

Not long after that meeting, an MS-13 member lured Cristofer Perez de la Paz, 16, of Chelsea to Falcon Street in East Boston via Facebook messages pretending to be from a girl. Three MS-13 members then hacked him to death with large knives while a fourth shot him repeatedly.

US District Court Judge F. Dennis Saylor agreed with a request from federal prosecutors for a 235-month sentence, the maximum under federal sentencing guidelines.

In a sentencing memorandum, prosecutors said:

Castro was the leader of the East Coast Program and was intimately familiar with the inner workings and recruitment efforts of MS-13. As this Court has heard repeatedly, MS-13 almost exclusively recruits minors to become “paros” and “chequeos” to help assist the gang in its criminal activities. These minors often go on to become “homeboys” of MS-13, which requires the commission of a significant act of violence, usually murder. In this case alone, the Court has heard evidence of dozens of defendants who were recruited into the gang as minors, including many who went on to commit murder. And that was just in Massachusetts over a discreet period of time - the defendant was the leader of the East Coast Program of MS-13, whose tentacles spread as far wide as Columbus, Ohio and Houston, Texas. Importantly, in the recording of the MS-13 leadership meeting chaired by Castro, the MS-13 leaders discuss the recruitment, mentoring, and supervision of “kids” and younger members

Prosecutors said Castro deserved no break for pleading guilty, because:

Here, the defendant has gone out of his way to deny relevant conduct for which he is responsible, and in particular, has denied the basic facts about his role and involvement in the conspiracy, and his leadership role in MS-13. The government reserves its right to argue that the defendant is not entitled to credit for acceptance of responsibility depending on the positions taken by the defendant at sentencing.

Saylor rejected arguments by Castro's attorney that the government was way overstating his importance in MS-13 and that he deserved a sentence of no more than 10 years.

The attorney acknowledged the conclave was held in Castro's house, but said that was only at the order of MS-13 leaders in El Salvador, and that Castro was not the leader of MS-13 on the East Coast and that the government showed no evidence that he was, let alone any evidence that he used the meeting to order an increase in killings or the recruitment of young teens.

Castro was one of 61 people arrested in raids aimed at MS-13 in 2016 - 49 of whom have since either pleaded or been found guilty.

Owners of condos in four-story East Broadway building sue to block construction of four-story addition to building next door
It's official: Lydia Edwards is now Senator Elect Edwards
Jet lands on Gethen
East Boston native returns to roots with plans for moderately priced pan-Latin fusion restaurant on Border Street
A long line at Logan that isn't to check bags or get into Jerry Remy's
Citizen complaint of the day: East Boston grows weary of airplane complaints from the South End