Walsh has replacement lined up for outgoing BPD commissioner

Walsh announced his pick at a City Hall press conference this morning.

The same Evans who make a huge show of having a press conference, with the mayor, denying any and all rumors that his retirement is around the corner and that any rumors of such are false.

You will be missed!

Mr Evans you will be missed. You did an outstanding job! Mr Gross congrats on a well deserved promotion. We are so fortunate to have individuals like Evans and Gross. I’m proud to live in Boston!!!!

He may have been still

He may have been still negotiating with BC, so there is no reason for him to admit that he is leaving until he has something else lined up.

...somebody got wind that Evans was planning to leave and go to BC, and dropped a dime to a couple of the media outlets before everything was baked. Happens all the time.

DA on Evans and Gross

The Boston Police Commissioner's job is a massive and multi-faceted management responsibility, but Bill Evans approached it with a deeply personal touch. His love for the city and its residents is matched only by his pride in the department he's served for almost 40 years. As Superintendent-in-Chief, Willie Gross has shown that very same commitment to serving the city's residents with the finest police force in the country. I have every confidence in his leadership and I commend Mayor Walsh for this decision.

We've all seen Commissioner Evans on television or at a crime scene after something terrible happens. But we've also seen him in every neighborhood of the city for park openings, church services, and flashlight walks, night and day, when there wasn't a camera in sight. He's deeply connected with the schools, churches, businesses, and people who make Boston what it is. Those connections have strengthened the relationship between residents and law enforcement and he should take great pride in that accomplishment.

Superintendent Gross has shown that very same devotion to the city's residents and has decades of his own experience to guide him. Having worked with Willie for many years, I know he brings the highest traditions of law enforcement to the job along with a modern view of policing and community engagement. He will be an outstanding leader in his own right and has my full support moving forward.

Commissioner Evans wanted the very best for people of Boston, and he gave them a police force that really leads the nation at a critical time in our city's history. His unassuming demeanor masks a leader who was fiercely committed to leading a department that would embody the highest standards of professionalism, integrity and innovation and it made him one of the very best partners we as prosecutors could ask for. It has been my privilege and blessing to work with Bill Evans. I'm sorry to see him go, but he leaves the Boston Police Department in very good hands with Commissioner Gross. Both men have my best and warmest wishes as they take on their new responsibilities.

A huge loss for Boston and the BPD

Too bad he had to spoil the ending with that lying press conference (one assumes at the mayor's request). I'm glad they have a successor lined up and hope he continues Evans' good work.

And, a win for Boston.

I hope he settles in well to his new responsibility.

I don't know much about him, but he kind of looks like a guy who understands Family Matters... 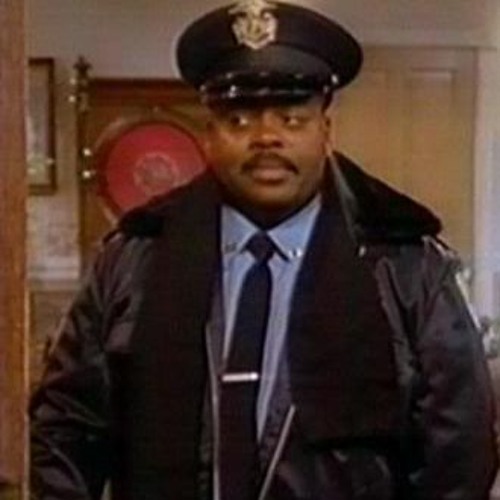 Also, is this new guy gonna make us ask permission to have guns, too?*

(remember, the actor first was in Die Hard, then was on Family Matters)

He does look a lot like Al Powell (or at least the guy in this photo does.)

I mean, the whole city knew what was going to happen. And I think by and large we are happy that it happened.

Commissioner sounds so much better than Super Gross!

"I don’t know what you teach these fellows but they’re not just regular cops. They’re super cops. And the only thing missing on these guys are capes."

Having a good commissioner

Having a good commissioner and a good police force is not something to take for granted. Just look at the disaster that is Baltimore and Chicago. It's for that reason I thank Evans for the superb job he did leading the nation's best police force and I wish Gross the best of luck

is really happy and supportive of this choice, so I am actually excited about this move. I just don't love the idea that BPD's top cop doesn't live in Boston.

BPD captain who had been on paid leave for more than two years cleared of most charges
Rats running amok through Boston; residents, councilors demand action
No matter where on earth they roam, people will know Boston is their home
Court to Quincy: Boston can rebuild its bridge to Long Island
All diseases skillfully treated
Doing it old school on another steaming hot day in Boston