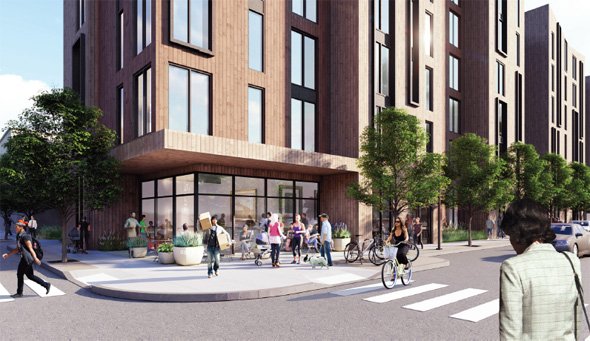 Transom Real Estate of the South End this week filed plans with the BPDA for a six-story apartment building that will feature three live/work artist studios and a car that building residents can rent on Bremen Street between Brooks and Putnam streets.

As usual with East Boston development projects these days, the new building will replace an auto repair garage - two, in fact. A four-unit residential building will also be torn down.

The proposed building would have a garage that could store up to 68 cars:

The Project is uniquely situated across from the Bremen Street Community Park and to take advantage of the numerous public transportation opportunities in the area including Airport Station, which serves the MBTA’s Blue Line subway and No. 3 Silver Line bus route. It is expected that due to the availability of public transportation and the walkability of the surrounding neighborhood, the Project will rely on
alternative non-vehicular modes of transportation to access the site.

The Project Proponent plans to provide an innovative building-managed private car share service for residents, further enhancing the transportation offerings of this transit-oriented development and further reducing the need for cars.

The first floor of the building will have room for a cafe and for three residential units with "artisan work space" fronting the street and topped by "lofted living space above."

Some 21 of the apartments will be rented as affordable.

One of the two garages to be razed: 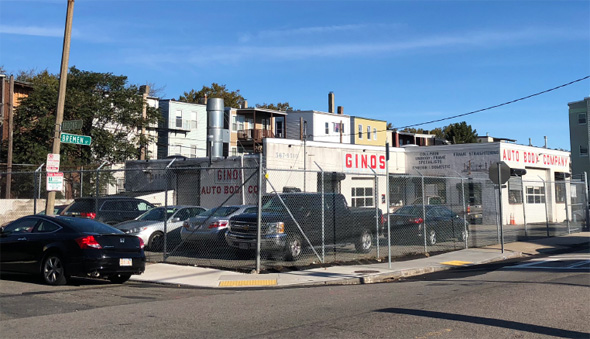 They should have built a

They should have built a garage underneath the Bremen street greenway park (back then) before ever thinking about building 100 plus apartments / condos throughout Bremen street, poor planning from Massport officials and locals .

One of those sunsets
Meridian Street: Then and now
Sloooow progress: New England's largest city gets its second pot shop
All that was missing was a concert
Shots fired on Lexington Street in East Boston
The storm that never ends is producing some impressive lightning