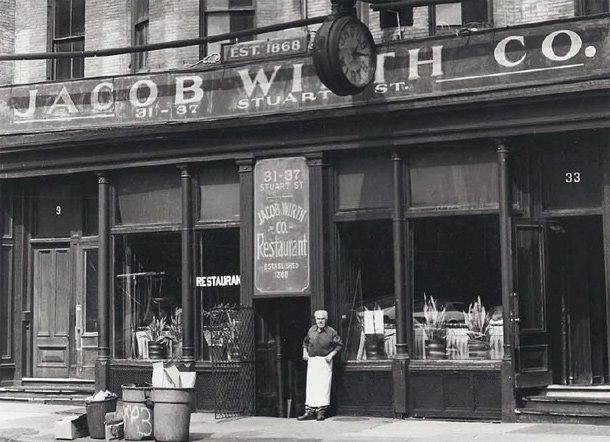 No more piano singalongs: Two restaurant operators are seeking to lease the old Jacob Wirth on Stuart Street and turn it into a more modern sports bar named JW's Sports Bar and Restaurant.

William Gateman and Nancy Maida formally asked the Boston Licensing Board this morning to let them buy the restaurant's liquor license. Board Chairwoman Kathleen Joyce, however, deferred any action on the request until after they meet with three neighborhood associations to discuss their plans. One of those groups, the Midtown-Park Plaza Neighborhood Association, meets next week.

Gateman and Maida's attorney, Mark Zuroff, said the new eatery would use the same space as the current restaurant , which opened at its present location in 1878 and closed last year due to water damage after a fire in a floor above the restaurant.

Zuroff said his clients would build out the new restaurant - and renovate the rest of the building - with "due respect" to the historic nature of the exterior and interior of the Greek Revival structure, which both Boston and the National Register of Historic Sites have designated as a landmark. He said the building "is fairly run down" and that fixing it up would "really require someone with capital to come in and renovate it." 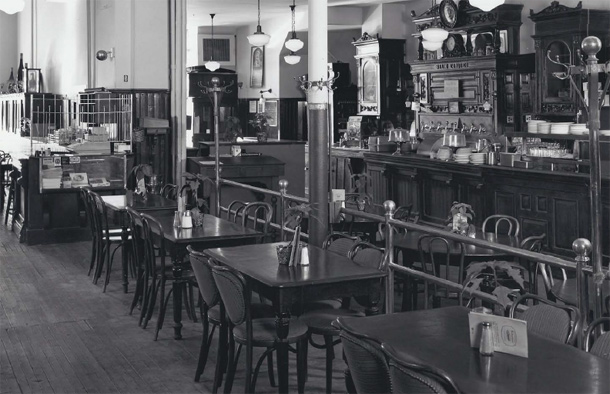 1877 poster (from the BPL print collection) when Wirth's restaurant was located in a different building less than a block away and when Stuart Street was called Eliot Street): 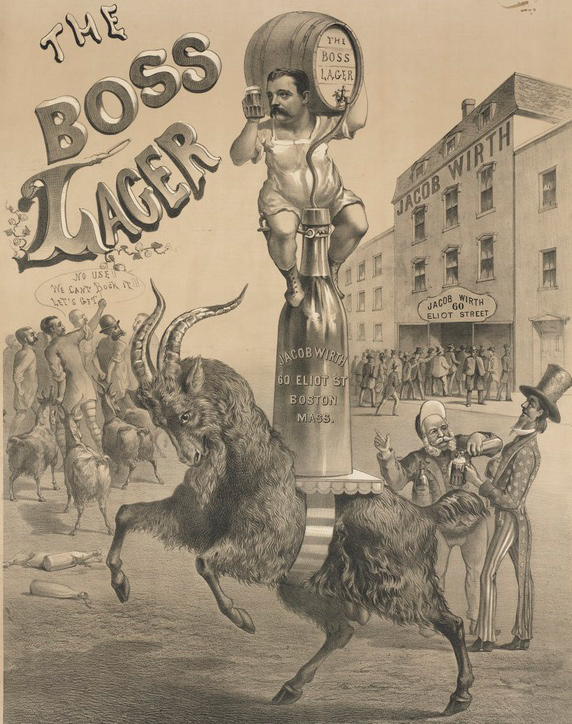 it must re-open precisely as before with no change.

I worked there as a dishwasher in high school

When they still put sawdust on the floors.
I had to polish the brass railings every other day....worst job ever!
A sports bar will probably succeed.

Is a good idea.
only if they do keep some of that fantastic wood work intact, And not make it generic with 700 LCD screens.

That's what this group does.

Of course there will be 700 LCD screens, all tuned to a bunch of talking heads arguing with one another about stupid shit.

find more bars with NO TV screens.
Any suggestions from people?

The Burren in Davis Square has no TVs

This allows it to host live music all of the time (programmed with cover charge in the back room, free and spontaneous sessions in the front room)

Along the same lines

The Bebop in the Fenway doesn't have TVs and has live music most of the time too. They're owned by the same folks who own The Burren.

Atwood's in Cambridge, a bit down the road from Inman Square. Great music line ups, too.

A shame about the name change, though.

"JW's" is so shittily generic.

Of course. They could take that image above and 21st-century it, maybe change the barrel to a wide-screen TV showing Tom Brady or something.

And the concept change. I don't think it needs to be a halfway German bar with piano sing-alongs any more, but a sports bar? Between the Theater District and Chinatown? Who conceptualized that?

I expect it to die quickly.

Unless Kraft is putting a soccer stadium over the I-90/93 interchange, I don't know who is going to go to "JW's".

You might be right, but remember that the area has changed A LOT in the last 5 years.

Probably the same people who go

Beantown Pub, The Tam, Sidebar or Rock Bottom, all in the same general vicinity.

insists that every single one of their bars be another replica of McGreevey's. All their bars are the same exact place. You walk in, and ESPN is tuned to some idiotic show with a few clowns yammering at one another, except it's on mute so you can't even hear what the morons are saying.

Walked by Federal Street the other day, the Bank of America building has a huge TV screen in the lobby, and it was filled by a giant Stephen A. Jackson shouting about some sportsball thing.

Nothing like walking into your building on a Monday morning and hearing Max Kellerman, Smith, Shannon Sharp, Bayless, etc. screaming at each other.

And too many unique, historic

And too many unique, historic establishments from 1877.

Didn't Jacob Wirth tout they were the first to serve Budweiser? A generic sports bar would be somewhat fitting.

I predict it's closed or resold within 4 years and no one notices.

The H.J. McGruffinGreevey's Golden Shamrock House of Nacho Wahlburgers and Andelman Shake Shack brought you by the Boch Family.

seriously though, thank god for another sports bar.

Re: No more piano singalongs

You'll have to catch him over at Democracy Brewing now.

Is it still Mel? I was wondering what became of him.

I specifically avoid all bars

I specifically avoid all bars with more than one TV (my preference is zero.) What a shame that we're getting another lame-ass sports bar. Terrible location for one too.

at Delux, there was one tv and it was always on cartoon network. that's it.

I remember when the Downtown

IMO There are too many bars

IMO There are too many bars in Boston. The city is dreary for people looking to add some diversity to their outings. Too many places where tired cultureless people sit around drinking cheap or craft beers talking endlessly about what trade happened in what sport a few decades ago.

And I got my hopes up when it was announced they had a buyer.

The wurst of both worlds

We don't need more places with Fenway Franks. We need kraut and sausages!

Chinatown dumpling place closing its doors forever at the end of the month
Gunfire outside the South Street Diner
Providence man convicted for kidnapping woman outside a Theater District club and killing her
Diners on Hudson Street in Chinatown could soon have three new options for getting a drink with their food
Lawrence man identified as Chinatown rape suspect
Man stabbed near the Chinatown Gate; suspect arrested