From the New Balance complaint.

New Balance of Brighton charges Nautica of New York with trying to ride its shoelaces to extra sales by copying its sneaker design and using a big capital N to brand its wares, just like New Balance.

In a lawsuit filed this week in US District Court in Boston, the local company is asking a judge to make Nautica stop doing that, recall all the offending products - and refund the purchasers - pay New Balance all the profits it's made from its sales of the offending products and pay New Balance enough penalties and damages to make it think twice, if not thrice, about ever doing that sort of thing again.

In its complaint, New Balance says Nautica is even trying to interfere with its relationships with other companies and entertainers, such as international rap sensation Lil Yachty.

New Balance says a new Nautica sneaker design violates its design patent for sneaker "shoe uppers" on its 247 model, introduced to great acclaim and sales in 2017 (New Balance notes that the Highsnobiety Web site "published several articles about the 247 around the time of its release" and says it's sold 2 million pairs of the model since its introduction):

And New Balance accuses Nautica of trying to horn in on its N action:

New Balance's current annual global marketing budget is well over $100,000,000 - the vast majority of which is used toward marketing and advertising that incorporates the Block N Mark.

Today, the Block N Mark is used on approximately 96,000,000 pairs of New Balance shoes sold annually in over 68 countries worldwide.

In addition to its use on footwear, New Balance uses its Block N Mark on a variety of related goods. Since at least as early as 1996, New Balance has used the mark on a wide range of apparel.

Marketing oomph like that is hard to miss, the company continues:

[I]n 2017 and 2018, Nautica partnered with rapper and designer Lil Yachty. ... ("And after much ado and anticipation, the two entities launched their first collaboration—The Lil Yachty Collection by Nautica—this week."). Among relevant consumers, Lil Yachty is a well-known New Balance supporter, even "name-dropping" the brand in his hit song "Minnesota." ... ("Pausing briefly and staring into the camera, Lil Yachty professed on an episode of Complex's Sneaker Shopping, "Oh my god, I love New Balance."). ...

would have to be blind to

would have to be blind to confuse the 2 designs!

any dad i know

wouldnt be caught mowing their lawn in Nautica

I am a dad and I have never worn Nauticas while mowing the lawn.

Nautica always had the N, no?

Nautica doesn't pre-date New Balance, does it? Seems to me I remember seeing "N"s a lot growing up in the upper-crust town I lived in (but we were townies ..) .. well before I saw New Balance anywhere ..., no?

Nautica has been around 35ish

I hate lawsuits like this, but i agree with New Balance.

I'll go on record, I'm pretty much a NB shopper, as I have wide feet, and they are one of the few manufacturers that make shoes that don't hurt my feet! But..

The picture Adam uses is kinda proves it ISNT similar. I don't know why NB chose that sneaker in this example because its the standard "Classic" N. They have several new product model lines that have a new stylized N with a thinner font face, and looks very similar to the N on the Nautica shoe.

Here's a better example of the stylized N: 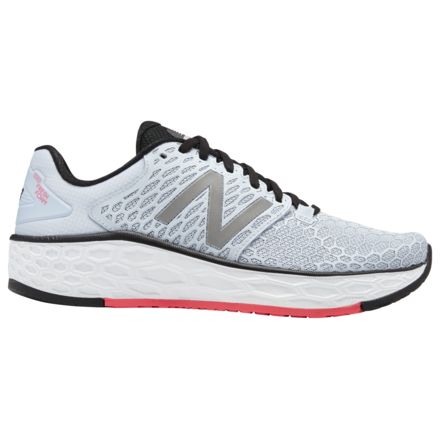 So I agree with New Balance. And yes, NB has had the stylized N for a while now (at least 10 or so years from what i can remember shopping at the Factory Store in bright), so unless Nautica has had that design for well over a decade, NB should win this case.

Those New Balance look a lot

Those New Balance look a lot like Vans... just saying