Roslindale getting two thrift stores; one replaces a smoke shop, the other's a transplant from Allston 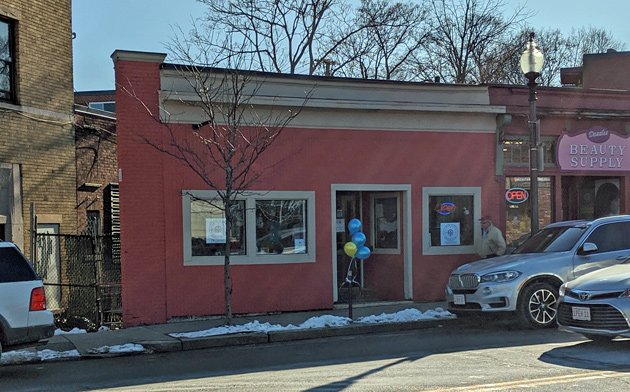 The new Treasures on Washington Street.

Treasures, a thrift and antique shop, opened today at 4266 Washington St. in Roslindale Square, in the space where the Boston Smoke Shop used to be.

Meanwhile, workers today were converting the space where the Grossman's bargain outlet used to be at 630 American Legion Highway into space for Urban Renewals, which will be moving there from its current location on Brighton Avenue in Allston - which Dustin J.S. Watson reports closed for good yesterday. 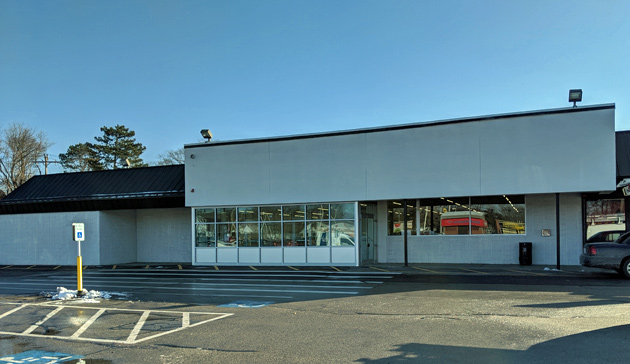 The strip mall the store will be in already has a number of dollar and discount shops.

The move, however, is disappointing some of its Allston customers, who really have no easy way to get to the new location. Driving from Allston to that stretch of Roslindale (OK, almost anywhere in Roslindale) can take awhile and while it's theoretically possible to get from Allston to there by public transit, the bus that runs down American Legion Highway only runs once every 45 minutes or so even at rush hour, and not at all on Sundays.

... certainly an improvement over a smoke shop.

There's a little gross man in you.

I love, love, LOVE Urban Renewals. The things I got there for next to nothing are unbelievable. It will be very difficult to me to get to the new location which is basically in an inaccessible place for those without a car. I wonder why they moved?

That wouldn't surprise me in the least.

But also, as noted in the article, the mall it's moving to is really geared toward people looking for a bargain, so maybe it'll mean an expanded market for the store (as hard as it is for people from Allston to get there, it's really easy for people to get there, yes, by car from Dorchester, Mattapan, Roslindale, Hyde Park and JP).

Yeah... this sucks. That

Yeah... this sucks. That place Is always hopping, I’m surprised they have to move

I join you in mourning.

Urban Renewals is pretty much the only place I shop. I am going to miss it dearly. I am glad I finally found my perfect cast iron skillet before the end. I guess this starts my minimalist journey. Bye Bye bargains saved from the landfill.

Surprisingly, for the second time this week I will note

This area in Roslindale is less isolated than people think. Taking the 32 to Mount Hope Street gets you a few blocks from the strip mall area, or one can get the 51 to the Square then take the 30, which does leave you a bit further away. Lastly, for the hearty out there, just walk from Forest Hills up Walk Hill Street. Yes, it's probably a mile and a half, so most people won't do it, but that's not the hardest walk out there.

I grew up there behind the McDonalds in that little neighborhood and I will tell you I felt very isolated growing up. The 14 bus also goes through there but every other hour, taking it's place as MBTA's most irregularly run bus route.

I hear you, but

There's a difference between feeling isolated and being isolated. I agree that the area behind McDonalds is probably the oddest part of Roslindale, location wise, but I also know someone who recently lived around there and was a regular 32 rider. Her walk to the bus was probably as long as my walk was.

They need a Taco Bell

That will help inspire people to go to that part of town. Or, crazy idea, we could allow some apartments to be built down there, that would help.

The market in Roslindale just isn't there though. Everyone who wants to buy a musty leisure suit still has the one they bought back in 1976.