Ayyadurai currently has two separate suits against Bill Galvin, alleging Galvin successfully kept the now thrice-failed candidate from taking his rightful place in Washington in January - suits in which he has to research and write his own motions and briefs because he fired his lawyer.

On behalf of Trump-backing lawyers Sidney Powell and Lin Wood, Ayyadurai filed an affidavit in the latest Trump suit in Georgia, in which he states, under penalty of perjury, that he analyzed results from six counties in Georgia and concludes cheating is the only way Biden won because there's just no way so many Blacks in those counties hate Trump that much that the overwhelming majority of them would vote for Biden and because, naturally, every single white Republican in all six counties would have voted for Trump, and, yes, of course it is possible for him to deduce all this from the results, which do not state the race or party enrollment of individual voters, by using statistics of county racial and party-registration demographics. It's just science.

Ayyadurai, who claims "vast experience in engineering systems, pattern recognition, mathematical and computational modeling and analysis" - 16 pages of his 45-page affidavit consist of his CV - adds:

It is assumed in the United States of America, we have "One Person, One Vote." However, with the use of electronic voting systems, this is not guaranteed.

And therefore, the plaintiffs need to be given access to the actual paper ballots, not the electronic images he claims were used to tabulate votes.

Ironically, perhaps, in his two suits in Massachusetts, he claims the complete reverse: That the paper ballots we use here mean that "one person, one vote" is not guaranteed and that he wants Galvin censured and fined, to the tune of several hundred million dollars, for destroying the electronic images of those ballots - images Galvin's office says Massachusetts voting systems do not record.

It takes one to know one. And this one is a magoo. Magoo being a magoo knows this. One might say, the nose knows because Magoo can sure sniff them out. Magoo.

Sometimes the internet is full of attempted jokes.

But seriously, he annoyed us here in MA.. twice. Now he wants to do this on a national level.

He really is an attention whore and so full of self importance..

(sorry adam, this is my favorite meme) 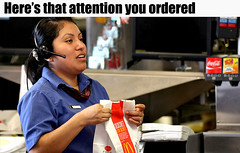 But really this is all this is about, him. Not Trump. Then again, birds of a feather, cooked together (to become tasty McDonald's McNuggets).....

But I have to wonder if he just wants Sidney Powell to release his personal kraken.

They need to get a life

They need to get a life basically

I had no idea Shiva was like this.
Now I know why he lost.

Trump Ayyadurai ticket in 2024. They have all my legal votes.

nothing more than the idea of the nations’s GOP voters looking at a ballot and trying to puzzle out the pronunciation of “Ayyadurai.”

Marx was laying into some blather of Hegel's about History repeating itself. "Yes," he said, "the first time as tragedy, the second as farce." The Trump Team managed a first-class tragedy, for the country and for the world, in 2016, and now, on cue, the attempt to repeat it in 2020 turns into a farce of ever-expanding proportions. If your farce is falling a little flat, and you need to juice it up little, make it even more farcical, who do you call? Shiva, the Inventor of Email, of course! It never fails!

Mental illness is a Republican tenent.

Votes are legitimate when they are cast for republican candidates. All other votes are illegitimate.

I didn't even know this Shiva dude existed til he robocalled my house with crazy talk. Should I pay more attention? Or just count my blessings?

The inventor of email

No, no, no, he didn't invent email, he invented EMAIL. Or so he claims.