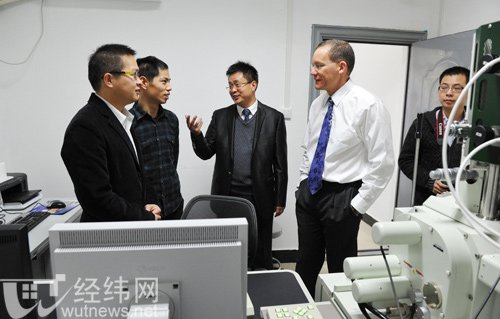 Two Chinese nationals were charged - and a Harvard professor arrested - today in connection with what the US Attorney's office alleges are Chinese efforts to purloin US data and intelligence.

The two Chinese nationals named by the feds today were charged with actively working to grab American know how - one directly under the control of her alleged superiors in the People's Liberation Army, the other with dreams of writing a research paper on how cancer-cells reproduce, using vials allegedly stolen from Beth Israel Hospital, where he'd been doing post-doctoral work.

Also named: Charles Lieber, chairman of the Chemistry and Chemical Biology Department at Harvard and an expert in nanotechnology. Lieber is not charged with turning over secrets to the Chinese, but with failing to disclose his irole as "a contractual participant" in China’s Thousand Talents Plan, which publicly seeks to "attract, recruit, and cultivate high-level scientific talent," but which the feds allege was not above rewarding participants who steal proprietary information from the West.

He was charged with "making a materially false, fictitious and fraudulent statement," by failing to disclose the Chinese payments when applying for and winning a total of $15 million in grants from the National Institutes of Health.

These grants require the disclosure of significant foreign financial conflicts of interest, including financial support from foreign governments or foreign entities.

According to the US Attorney's office - which charges Lieber never told Harvard about the money, either, and that when school officials did find out, in 2015, they ordered him to get the Chinese university to stop sing Harvard's seal and playing up the Harvard connection.

Yanqing Ye, 29, who was not arrested today because Customs and Border Protection agents let her fly back to China last April, even after questioning her at Logan Airport, was indicted on one count each of visa fraud, making false statements, acting as an agent of a foreign government and conspiracy for her time in Boston, which started in 2017.

Ye is a lieutenant in the People's Liberation Army and a member of the Chinese Communist Party who was busy spying when not doing classwork in the Physics, Chemistry and Biomedical Engineering Department at Boston University, the US Attorney's office alleges.

According to the indictment against her, she was particularly interesting in issues related to deciphering encoded information and rocketry.

She allegedly did things such as using her BU network login to access Web sites at US military bases that, while not secret, had been set up to block access Chinese IP addresses - such as a report on the Navy's "surface forces strategy," which is available from the Navy's public Web site. She also allegedly gave one of her two superiors back in China her BU VPN credentials so that he could roam around electronically in the US as well.

The indictment states that federal agents gained access to her her text conversations with one of her superiors over the Chinese WeChat system at least as early as January, 2019 - and that these included instructions to find publicly accessible CV and research information about a computer-security professor at the Naval Postgraduate School in Monterrey, CA and a professor of electrical and computer engineering at the University of Texas at San Antonio.

On April 20, before she got on a plane back to China, the indictment charges, she lied during an interview with Customs and Border Protection Agents when she said she had only "minimal" contact with one of her handlers, a colonel in the People's Liberation Army, when in fact, she had carried out a number of Web searches for him and collected the information on the two professors at his behest.

Zaosong Zheng, 30, is not accused of attempting any spying for the Chinese government. Instead, he is charged with trying to "smuggle goods out of the US" and "making false statements" related to the 21 vials of biological material Customs agents allegedly found wrapped in a sock in his checked luggage as he was in the jetway waiting to board his plane back to China on Dec. 9.

Zheng, a doctor with an interest in cancer, had been doing post-doctorate research in the Beth Israel lab run by Dr. Wenyi Wei, a pathologist studying how cancer cells reproduce - with a $2,000 monthly stipend from a Chinese agency that helps students study abroad.

According to the indictment against him, Zheng, after first denying knowledge of the vials, acknowledged he was taking them back with them with the hopes of learning enough to write his own paper. The indictment states tests showed the vials contained DNA - enough for the smuggling charge - but did not otherwise identify what was in them.

After his arrest, a federal judge had initially set bail for Zheng at $100,000, but then revoked bail.

Time for a quick script and awful local accent, thx in advance!

Did your eighth grade English teacher ever give you
instruction about Run On sentences? I took me three
times longer to digest your article, as one sentence
could be broken up into three. Geeez.

If Magoo was them Magoo would be a scared to be sent back to China what with the Wuhan flu and all. Magoo is glad Magoo is not them. Are you? Magoo wonders what will happen to them. Magoo.

Can't you attention whore in a more entertaining fashion?

Takes lawbreaking very seriously. Former US Attorney Bill Weld not so much. I remember when he and former State Senator William Bulger sang a song at the Saint Patrick's day breakfast called "Whitey on the MTA" in reference to the infamous fugitive and serial killer"

Throw the book at Lieber for financial fraud and Zheng for honest-to-god smuggling, sure, but the BU student seems like the outlier here.

Maybe she did more than they're saying, but going into any details would itself require divulging secret info, so this is the cover story? Agreed that it seems like a bit of an overreaction as stated.

Julius and Ethel are

Turning in their graves.