Hundreds turn out for boisterous vigil in Roslindale 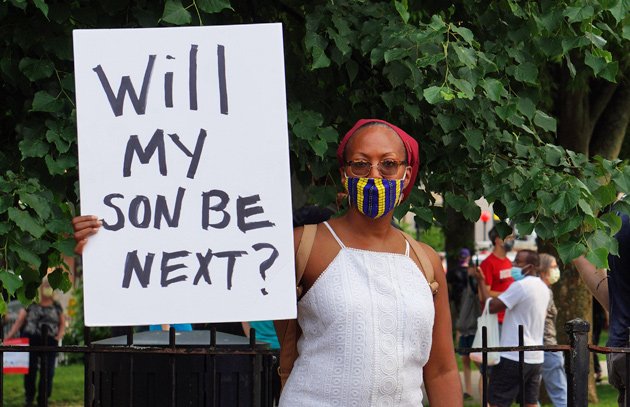 People socially distanced themselves as much as possible inside Adams Park and along Washington, Poplar and South streets in Roslindale Square this afternoon for a neighborhood vigil for George Floyd and Breonna Taylor and to show that black lives matter. 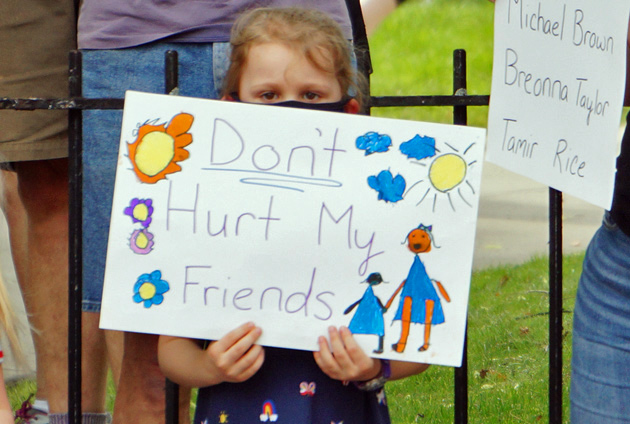 Progressive West Roxbury/Roslindale and Roslindale Is for Everyone, which organized the event, called for a silent vigil. But as a car or truck or bus came through the square with its driver beeping his or her horn, people clapped and cheered. A lot of drivers beeped, including drivers of T buses, a UPS truck and a Boston EMS van, so many so that for nearly an hour, the square was filled with the sound of horns blaring and people clapping and cheering. 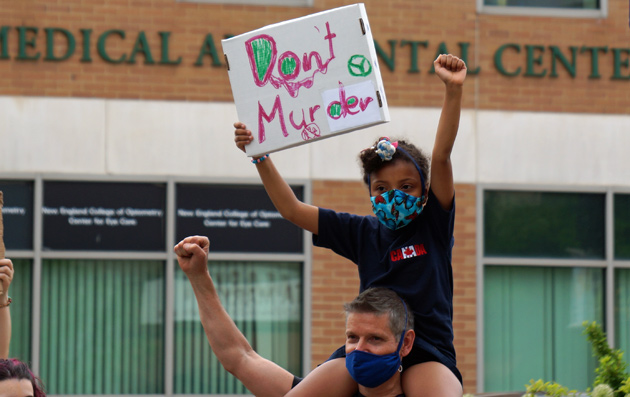 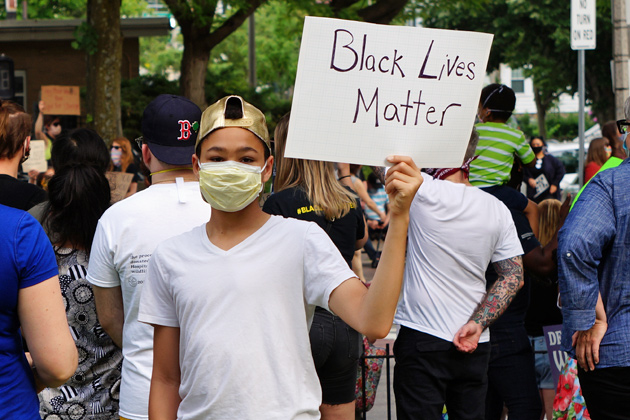 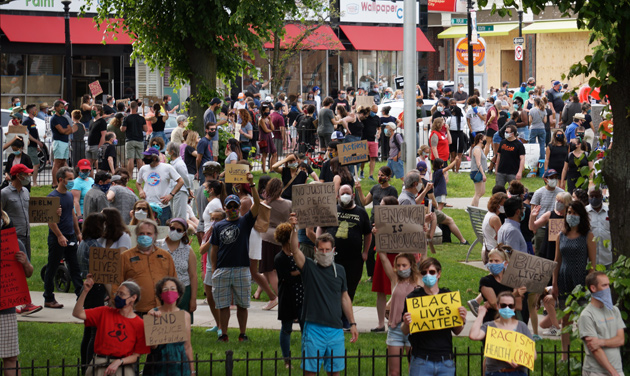 The contrast in police presence between Monday's vigil in West Roxbury and the one in Roslindale was remarkable: There were no Boston cops standing in lines behind barriers, wearing protective helmets and holding large batons ready for action, no squadrons of suburban motorcycle cops, no SWAT team, no Transit Police mobile surveillance tower. Instead, a cruiser and a prisoner wagon sat up on Taft Hill and a few cops wandered the square, almost more like their presence for the Roslindale Day parade than for a potential flashpoint.

Also not present, unlike in West Roxbury: An assemblage of local middle-aged tough guys, ready to apply their fists to any Antifa who dared try to rumble.

Still, the post office was boarded up - and closed early. 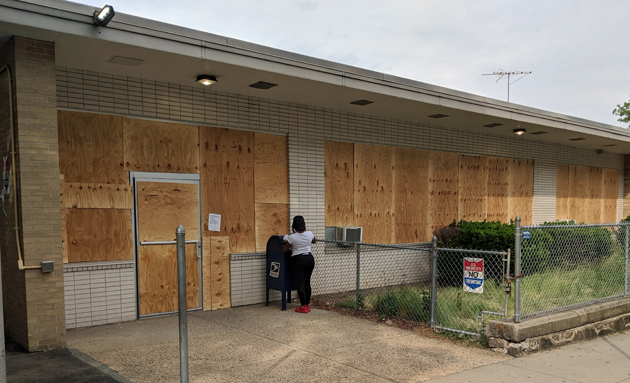 Also boarded up: The Unleashed by Petco on South Street, where would-be looters wouldn't have found anything to loot, since the place closed in 2018 (also shut, but not boarded up: the CVS way, way up Washington Street near West Roxbury Parkway). 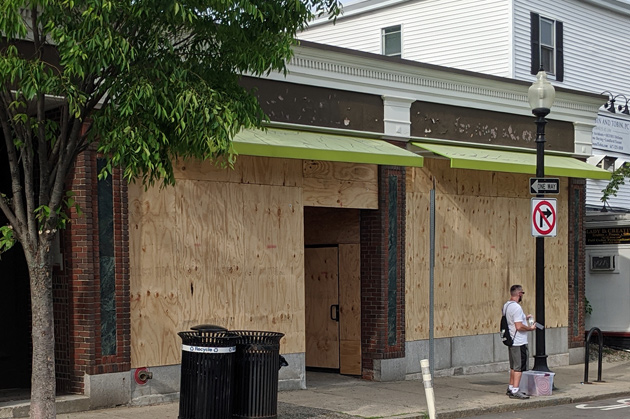 The vigil was scheduled to end at 6:15 p.m., but many people stayed later. 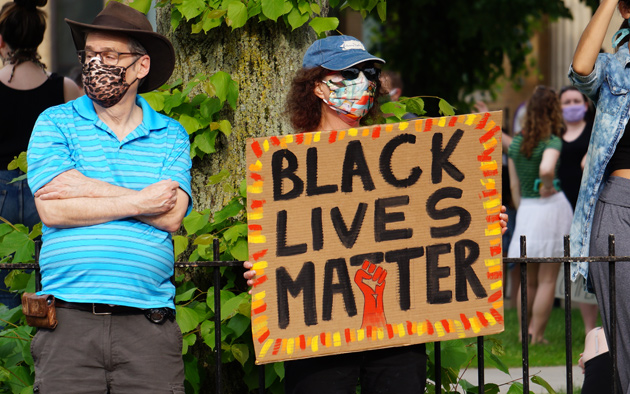 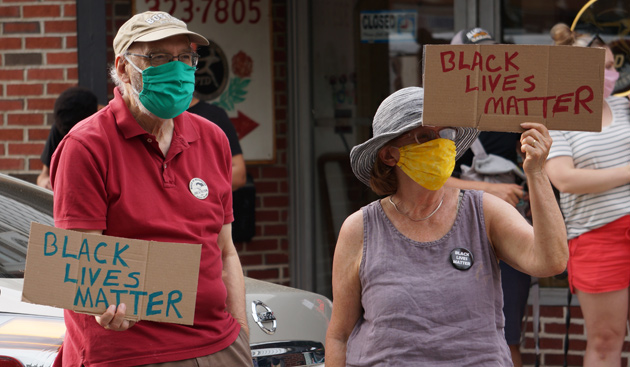 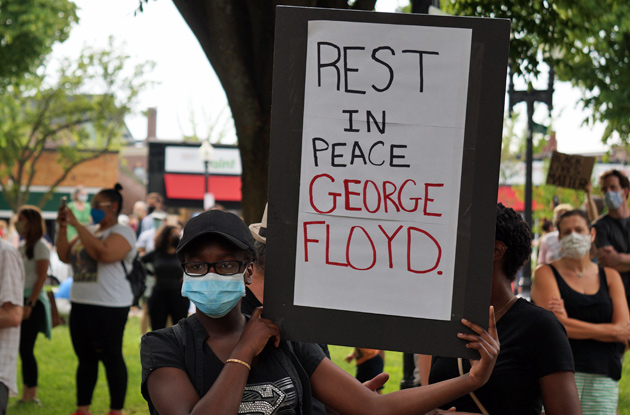 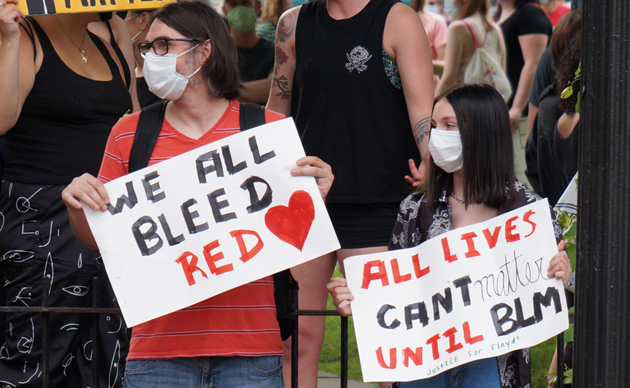 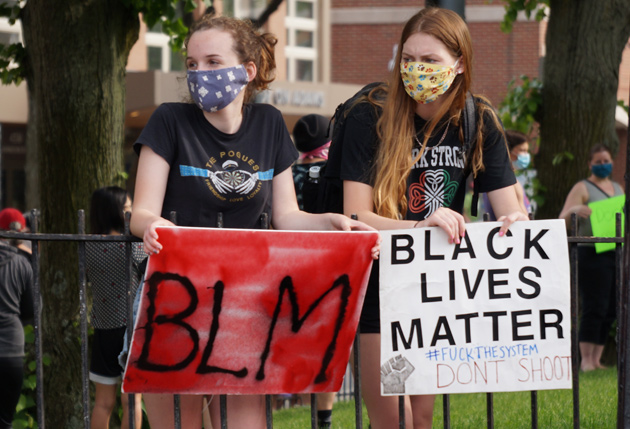 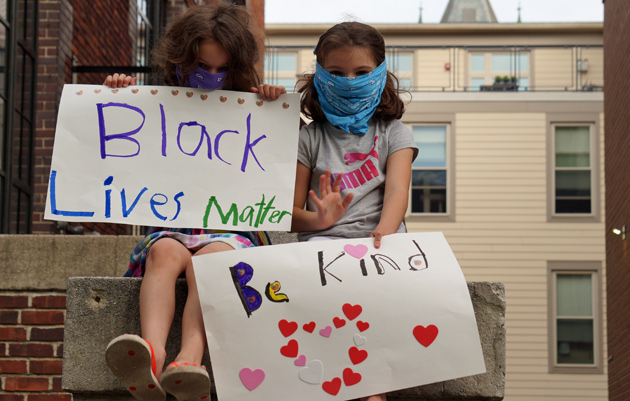 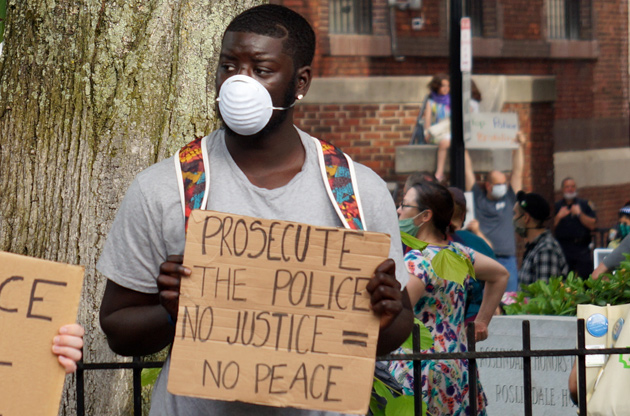 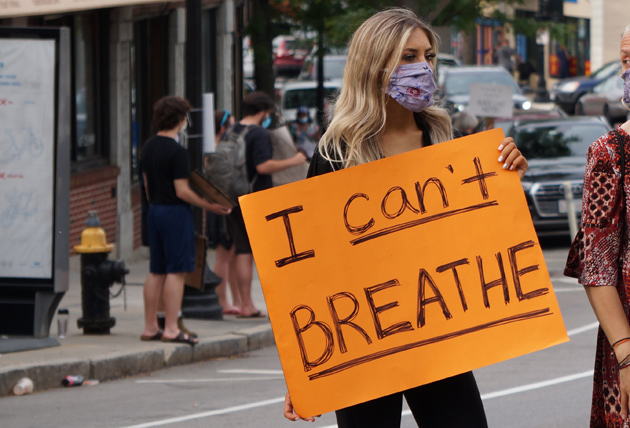 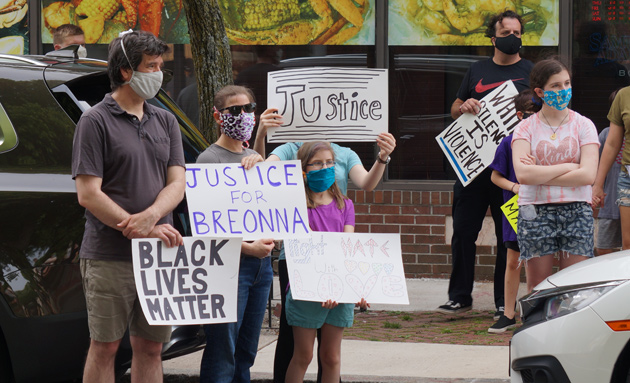 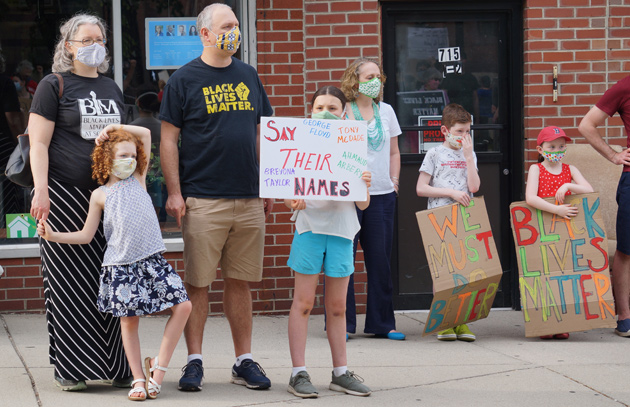 At the northern end of the park, at the turn from Washington Street onto South Street, Wendi Gray, who has been painting lots of Roslindale scenes in recent months, spent the time painting a vista of the vigil. 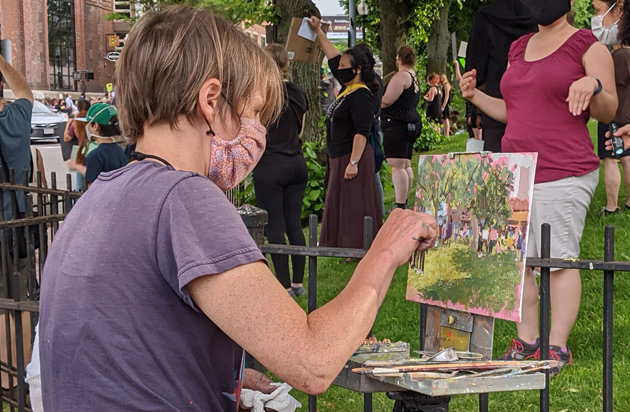 "Will my son be next?" That one hit me in the gut.

Kind of sums it all up.

They were all over in JP, because you know how rough those JP people can get.

High Noon has arrived for police

In the movie High Noon Sheriff Gary Cooper discovers that his allies and political friends have deserted him and just want him to leave town and run before a gang of killers come to town seeking revenge. Cooper decides to stay and fight and at the end of the movie tosses his badge into the dirt and leaves town.
In the coming months police budgets will be slashed and their will be layoffs. School resources officers and school police will be abolished. Sports teams and parades will no longer invite police honor guards to their events. Mothers will no longer allow their children to shop with a cop. College Campus Police will no longer be allowed to assist city police in public safety events. Community events will no longer invite police to attend. MBTA bus drivers will no longer drive police to major events and the Transit police will no longer be allowed to order the shutdown of stations. Video vigilantes will stalk your every move and politicians will refuse your endorsements and demand termination for minor offenses and mandatory jail sentences for rule violations. White officers will all be labeled racists and black officers will be labeled uncle toms. Time to take your badge toss it in the dirt and become a firefighter people still love firefighters.

Photos from the vigil there.

Drivers, pedestrians, bicyclists get to share in angst from Orange and Green Line shutdowns
The four-way race to replace Sonia Chang-Diaz in the state senate
Thunder? Lightning? Could those mean, gasp, rain?
Developer proposes five-story residential building on Roslindale/West Roxbury line where charter school was once planned
Citizen complaint of the day: Chicken crossing the road in Roslindale
Possible last call for tiny Roslindale bar seeking to sell its liquor license to some planned Seaport joint