As apartments go up around him, owner of convenience store on VFW Parkway in West Roxbury seeks to add full liquor stock to his beer and wine 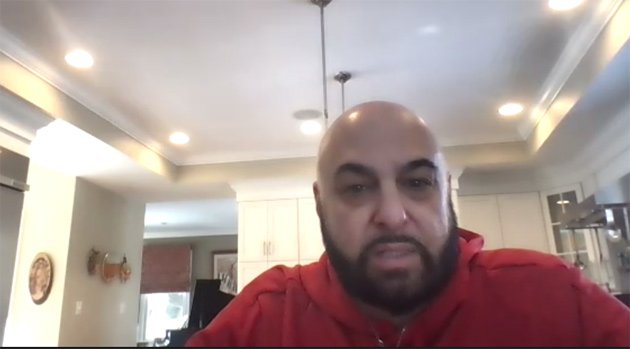 Update: Request granted by the board.

The owner of Marino's Market on VFW Parkway, next to Al Wadi on VFW Parkway, finds out tomorrow if the Boston Licensing Board will let him expand his current beer and wine offerings to harder beverages.

At a hearing today, Paul Marino said he's been getting a growing number of requests from the growing number of new residents in his immediate area - which includes a new spartment complex where the IHOP used to be next to the Home Depot, for additional offerings. Still more residential development is underway on the road up to Millennium Park.

Marino added that by keeping folks on the parkway for liquor sales, he might even help reduce congestion on the sometimes clogged parkway, because nearby residents now have to drive all the way down the parkway and Spring and Centre streets to get to Blanchard's, about a mile away.

The mayor's office and the office of district City Councilor Matt O'Malley supported Marino's request to expand his license, as did the West Roxbury Neighborhood Council, at a meeting last night.

The one possible sticking point came when mayoral aide Jack Duggan aid that at the neighborhood council meeting last night, one city councilor - he did not specify which - raised the issue of trash from the sale of nips and single cans of beer and board members wondered if it might make sense to add a condition to Marino's license that he be barred from selling the tiny bottles.

Marino's lawyer said that Marino does not sell nips or singles and that he has always been mindful of trash issues. But making that a requirement of his license would be an "economic hardship" that would be unfair, especially in these pandemic times, she said.

Board Chairwoman Kathleen Joyce asked Duggan whether any members of the neighborhood council actually asked for a formal prohibition on nip sales at Marino's. Duggan said no, the councilor was just raising a general concern about nips, but that nobody from the neighborhood brought it up as something they're concerned with at Marino's.

not sure I understand

Marino's lawyer said that Marino does not sell nips or singles and that he has always been mindful of trash issues. But making that a requirement of his license would be an "economic hardship" that would be unfair, especially in these pandemic times, she said.

he’s not gonna sell nips anyway, but stopping him from doing it is an unfair economic hardship? can someone explain what i’m missing?

I think it's that he's not currently selling them

so any current trash issues because of them can't be attributed to him.

Of course he's not selling nips

Since he's not allowed to sell hard liquor right now.

To be honest, the concern about "trash" is really more about the customers purchasing nips and singles, as many in this segment are likely consuming their purchase in public, rather than at home.

A comparison would be trying to ban convenience stores from selling cigarettes, simply because so many damn cigarette butts end up on the streets. It's not something that the retailer can control -- particularly a small-business owner, in this case.

Marinos is great! Love their

Marinos is great! Love their sandwiches, plus can grab a few things to take home. Buying a bottle would definitely save a trip to blanchards which has HORRIBLE traffic issues

...as long as you only want to go south on Spring St.

Nothng against Marino's, but his argument that the only other liquor store is Blanchard's is a little untrue. Gary's Liquors is right down the street on VFW, on the same side of the street.

If you live at the IHOP Memorial Apartments, you'd have to turn around by the skating rink and drive back the other way on the parkway. I don't know if it's as far as Blanchard's, but it's not close enough to walk.

Townline is closest as the bird flies

Townline Liquors (in the plaza with all the other scary businesses) is probably closest, although driving you do have to go all the way to Pet Supplies+ to turn around.

Is there a “nip” situation in front of Gary’s?

If not, give him the license.

If yes, find out why Gary’s has a full liquor license and take theirs away too.

Why would nips be an issue here? And the VFW is a way home for thousands, maybe tens of thousands of people every day. Blanchards is a pain to get to unless you live in the area.