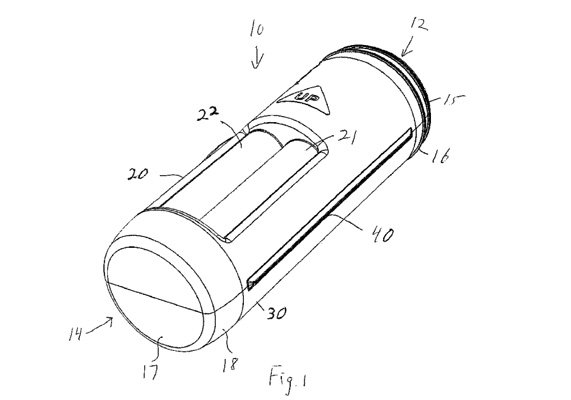 Four Boston police officers who formed a company to sell cases that officers can use to more easily carry doses of Narcan spray are now battling in two courts over who should profit from the company's sales.

Two of the officers sued the other two in state court in 2019, followed a few days later by the other two filing a counter-suit. Yesterday, the controversy spilled into federal court, when one of the officers filed a new suit against his opponents over ownership of patents held by the company. His partner in the state suits did not join him as a plaintiff in the federal case.

The four formed a company in 2015 to develop and sell a two-dose holder for nalaxone - the generic name for the drug in Narcan - that could fit in the pepper-spray space on police officers' utility belts. Each of the four officers - Peter Giannopolous, Frank Nogueira, Joshua Delisle and Leo Manning - took a 25% stake in the new company.

The rupture began when Giannopolous came up with a new case design after Naracan came out with a new version of its nasal spray, which would not fit in the older case and when Giannopolous, who says he was doing most of the work to market the products, began selling other police-related items on the company Web site.

Now, the two sides can not even agree on who came up with the idea for the company's initial product.

In one of the state suits, Delisle's attorney writes:

Following a concept devised by Mr. Delisle as a result of his experience in the field, the Parties developed NarCase Version 1, a device specifically designed to securely carry and protect Naloxone carried by first responders.

But in the federal suit, brought by Noguiera, his attorney writes:

In 2015, Nogueira saw a need for a case that would hold the pharmaceutical product Narcan/Naloxone. Narcan/Naloxone is used by police, and other emergency personnel, to treat drug overdoses. This problem that Nogueira identified led to his invention of a safe carrying case for police officers to carry Naloxone on their persons.

Nogueira brought the federal suit to "correct" the 2019 patent on the device to list him as sole inventor.

The patent now lists all four founders as inventors. If Nogueira wins, it could have implications for the rights to and profits from the second version of the carrying case, which Giannopolous came up with and which Nogueira alleges is derived from the design of the first case - which Giannopolous disputes.

In one of the two state suits, Nogueira and Manning are battling what they say is a decision by Giannopolous and Delisle to reduce their stakes in the company from 25% to 3%. In the other, Giannopolous and Delisle are seeking a judgment that Nogueira and Manning have no claim to any proceeds from the sale of the second carrying case, which has supplanted the first case in sales because it fits the current Narcan canister design.

Both sides have agreed with a Norfolk Superior Court judge to consolidate the two state cases into on.

None of the 4 of them ever spent BPD paid time in either product development, sales or distribution efforts. Nope, not one second of BPD paid time

you can't patent a storage container

There's nothing novel about "something that has space for two objects."

Make it so that it has some clever mechanism or retention catch or whatnot, maybe...but this is just a 3d printed trinket.

Design patents are a thing

The City should get a percentage of profits.

And without too much trouble either.

Because Officer Double-Dip and Sgt Desk Duty definitely worked on their side gig while in uniform.

Somebody's attorney doth protest too much.

Most of the filings I'm state court are done as images, rather than text-based PDFs, so I can't just cut and paste from them. And in "transcribing" that section, I mistyped. The original says "protect;" I've fixed the quote.

Links to PDFs are broken

Please fix for the curious? Thank you?