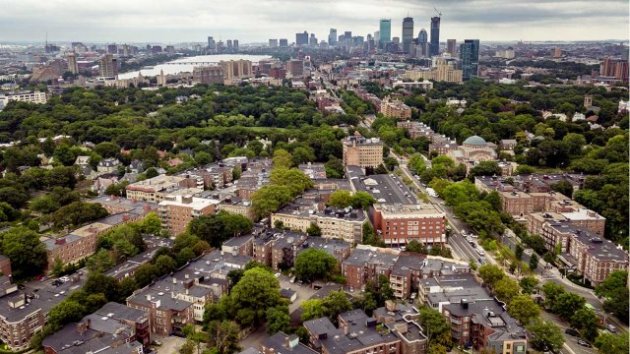 Whether your one of the many that are planning to move to the Boston Metro area, or you live in Boston Proper and are looking to escape dense city life like so many others, finding the right neighborhood for you and your family can be tricky. Vacancy rates for apartments in Boston have been way up all over the city as a result of COVID. Now the hottest neighborhoods in the Boston Metro Area are no longer near Downtown, they're in the 'Burbs! The vacancy rate in Downtown is a whopping 20% at the moment, while the lowest vacancy rates in Boston belong to outer lying neighborhoods like Roslindale, Mattapan, and Hyde Park.

So if your like the many who are moving out into open spaces, here are four of the best suburbs to live in Boston to offer you an in-depth view of the most desirable areas that you can call home.

Chelsea, MA
Living in Chelsea offers some of the most competitive housing prices in the Boston Metro area with a median home value of $536,501. Additionally, the housing options in Chelsea are spacious by city standards, making it popular among families who are planning to buy a home or rent an apartment. The city also offers convenient proximity (as in three to four miles) to the region's commercial core in Downtown Boston. However, the only downside about living in this area is its crime rate which is 26% above the national average.

Cambridge, MA
Whether you are working for major tech firms like Facebook or hoping to make inroads into such industries, living in Cambridge, MA could be the best option for you. Thousands of young professionals work in this city. It doesn't come cheap, as it has a median home value of $857,545 and a median household income of $95,404. The average rent for a Cambridge apartment is a bit pricey at $2401 per month on average. Other area amenities and picturesque neighborhoods draw more residents here besides young professionals who need to live relatively close to work. As for the crime rates in this area, it is reported to be 6% below the national average.

East Kingston, NH
The town of East Kingston is a charming New England town with a rich cultural tradition--making it an attractive place for visitors and residents alike. The town center and business district provides a number of markets selling produce from local growers. Living in East Kingston is a great option for anyone looking to escape the hustle and bustle to a small rural town. The commute is a long one at about an hour North of Boston. It has a median home value of $442,748 and is one of the safest places to live with a crime rate that is 89% lower than the national average.

Brookline, MA
Brookline is a beautiful Boston suburb with a great mix of housing options, ranging from single-family homes, condos, apartments, senior homes, and attached homes. Cost of living is steep in Brookline, as it has a median home value of $1,191,573. Average rent prices for apartments in Brookline are above average at $2611 for a two bedroom apartment Brookline also offers commuters great public transportation options, proximity to buses, and a great walkability. Brookline is one of the safest suburbs with a crime rate that is 51% lower than the national average.

City Council votes pay raises for members who win re-election next year; calls for raises all around for city workers
Pickwick Ale for sale in old Boston
Councilors want to make sure nobody else gets bonked by a falling light pole
City Council could be buzzing on Wednesday
Mayor Wu says no new fake grass in parks
Summary of today's hearing on City Council redistricting