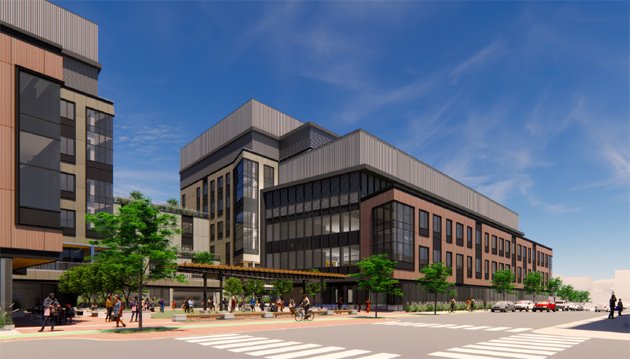 IQHQ, a California company that specializes in building life-sciences buildings, is proposing to build three more on a site at 155 North Beacon St. in Brighton now occupied by "an older, non-descript building, nearing the end of its useful life" - and the Sound Museum recording studio.

In a filing with the BPDA today, IQHQ says it's planning three buildings with a total of 409,395 square feet, plus a two-level, 328-car garage and a tree-lined, publicly accessible plaza. Two of the buildings would be six stories, the other three. Once fully occupied, the buildings would have room for up to 700 workers, IQHQ says.

IQHQ says it has started working with Brighton High School on middle and high-school level STEM programs and would be open to talking to the city's two community colleges - Roxbury and Bunker Hill - and with local job-training programs about similar classes at those levels.

IQHQ hopes to begin 30 months of construction in mid-2022 of what would be the latest development project in the fast-changing Guest Street corridor. 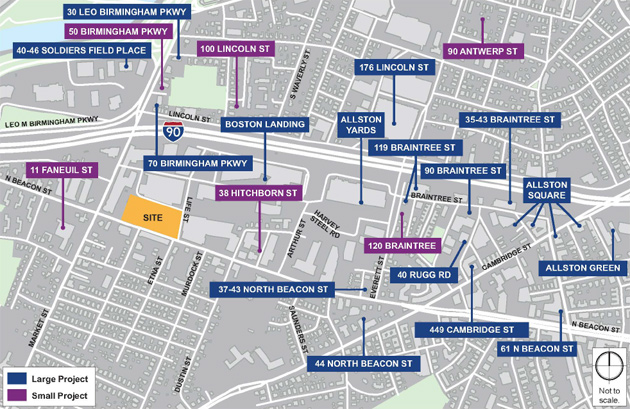 This is the address of the Sound Museum.

Bill 'Des' Desmond, who runs the Sound Museum has already moved the performance portion of the space to Norwood in order to take advantage of a larger room and cheaper space.

It's still called the Magic Room, and you can check their instagram here.

As for the rehearsal side, I'm not sure. Rehearsal space is already at a historic premium and the days where bands could all practice together, rather than bounce tracks around online, seem to be waning. Hope I'm wrong.

The Magic Room was never the

The Magic Room was never the most important part of this location, and when it moved to Norwood it became completely inaccessible to many of the people who used to attend shows there. Of course, it also became more accessible to people with cars to park.

But yeah, the Sound Museum is, and always has been, rehearsal space. Absolutely none of that has moved anywhere so your post is not accurate.

I don't know why, but I'm really bothered by the fact that the map on this post doesn't know where Brighton Ave. ends and N. Beacon begins. Like for about a minute I was questioning my own memory or if I missed a renaming or something.

therefore 61 North Beacon Street can't be where the map shows

(and that location isn't 61 Brighton Avenue, either)

The map was from the developer's filing.

...but I remember quite vividly a developer in the late 80s tried to convince the community that the Somverville Theater was "at the end of its useful life." As such, my default reaction to such claims is a great deal of skepticism.

Cradles 2 Crayons is there

...and is a quality charity that helps a lot of kids statewide. Not sure where they could go if this comes to pass.

They already left the

They already left the location

Cradles to Crayons moved a while ago to Newtonville

A snow strawman in Brighton Center
Boston College pulls out of bowl game because it no longer has enough players to field a team
The early Boston bird catches the rapid Covid-19 test kit
The interpretation of development: Builder proposes Brighton apartment building to be called the Sigmund
Eight-alarm fire destroys building on Corey Road in Brighton; firefighter injured, smoke shuts nearby Brookline school
Pedestrian struck and killed outside St. Elizabeth's in Brighton