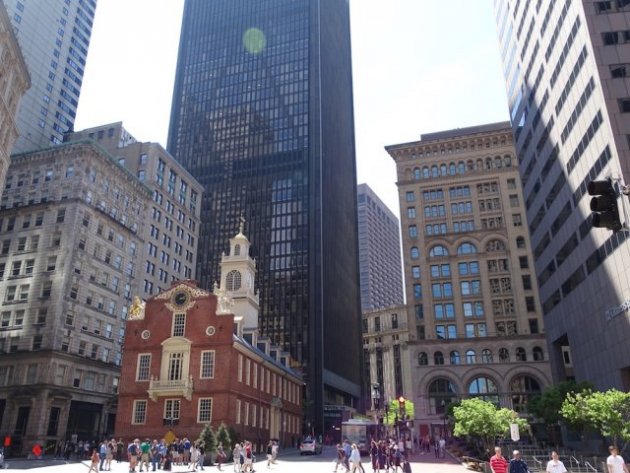 The rental supply glut in Downtown Boston has received quite a bit of attention in the past 12 months. The pandemic caused a shift in demand for housing in Boston, and many Downtown neighborhoods went from being the hardest areas to find an apartment to the easiest seemingly overnight.

The vacancy rate for Downtown Boston apartments ballooned to over 20% in January of 2021, where it hovered between 20-25% until the latter half of April. That was the highest vacancy rate in all of Boston by a long shot during that time span. It's hard to imagine that title belonging to Downtown.

Now what we’re seeing over the past few weeks is a surge in demand for apartments in Downtown Boston. Since April 12, the vacancy rate for Downtown has plummeted from 22.13% to 12.9% today. That marks a 42.7% reduction in vacant apartment inventory Downtown in just a month’s time.

The question remains: what’s driving this new demand? Many of the area’s largest schools announced in March that remote learning would be phased out for the Fall semester. This has certainly replenished the demand for off-campus housing in Boston, and that has been reflected in the vacancy rates of popular student areas like Allston, South End, and Mission Hill.

Still, Downtown is known to be more of a haven for the business professional crowd. It was thought that remote work was a major contributor to the supply glut in Downtown Boston over the past year. This new demand could also stem from a growing number of vaccinated professionals moving back to Downtown to resume working from their offices. New England has led the nation in vaccine rollouts, so its not unthinkable to assume that many Boston companies are requiring these vaccines for their employees to return to working in an office environment.

Expect demand to peak for off-campus housing during the summer months. We’re likely to see this trend continue towards the pivotal 9/1 leasing date. Questions still surround the mobility of international students and vaccine policies, but look for apartment vacancies Downtown to return to much more management levels during that time span.

Cops hunt Green Line upskirter
Back Bay to get first of Chicago-based convenience stores with takeout food a step up from that one hot dog endlessly turning on those metal rods
Fabled Boston bike-lane clearers really exist
Citizen complaint of the day: The giant snow penis on Beacon Street
Marathon bomber got a federal Covid-19 relief payment; government wants it applied toward the restitution he owes
Another indoor First Night event changes to online-only