Fans of renovated private club in the Back Bay say entire city can take pride in it, although most residents could not afford a membership 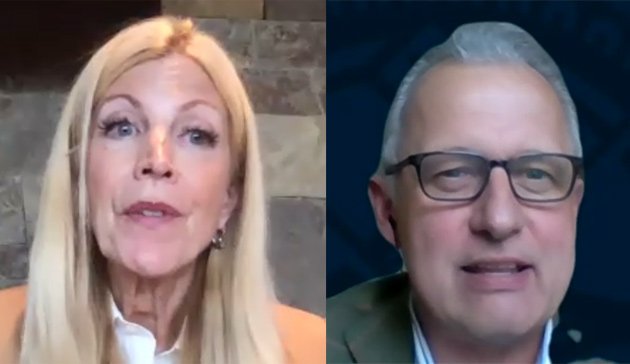 The Boston Licensing Board decides tomorrow whether to let the 'Quin House, a $25-million update of the decaying Algonquin Club at 217 Commonwealth Ave., double its licensed capacity as it nears completion of renovations that include a gym, new restaurants bars and lounges and private guest quarters, all of which, unlike the original 19th century club, will not be limited to Brahmins, but to anybody exciting enough to merit an invitation to join - with enough cash on hand for a membership.

The request to expand capacity comes not from additions to the building but from renovations that restored interior space that could no longer be used as the building decayed, club attorney Patricia Malone said. The board tomorrow will consider increasing maximum capacity of the building to 962 people. The initial application requested a capacity of 1,350, but Malone said the higher number would likely require a new public-hearing process first.

Edgerley's Hexagon Properties brought the decrepit club between Exeter and Fairfield streets in 2018 after an uproar over her original plans to turn an 11-story office building at Comm. Ave. and Berkeley Street into a social club. After buying the Algonquin Club, designed by McKim, Mead and White and opened in the 1880s, Hexagon won city approval to turn the office building into nine condos.

Edgerley's proposal for the Algonquin Club - Calvin Coolidge was a member - initially raised neighborhood ire as well, mainly because of a proposal for a roof deck. But Edgerley and the Neighborhood Association of the Back Bay eventually negotiated a "good neighbor agreement" covering everything from trash and noise to parking and numerous Back Bay residents took time out of their busy schedules today to tell the licensing board what a grand neighbor the club has been even before it's opened and how wonderful they expect it to be once members do start filing in the front door.

One nearby resident, Irene Olsen, even praised the construction workers who have been going in and out of the building for two years as being exceptionally considerate of the neighborhood. "There hasn't been any noise," she said. Another nearby resident, Carol Lindsay, agreed and said the club will bring the sort of liveliness to the area that Jane Jacobs wrote is the hallmark of good urban life.

Another nearby resident, Dr. Aneesh Singhal, praised the careful vetting the 'Quin staff has done of impending members. Coupled with the renovations, this has put him at ease: "I have no doubt this will be glorious addition to our beloved city."

Laurie Noble also praised the renovation work and said Sandy and Paul Edgerley had proven "wonderful role models" in this "age of contention and hostility" of how to create consensus and alliances to get things done. She said the club will be a benefit to "the entire city of Boston," but, of course, especially to the Back Bay.

"We are so proud to have them as neighbors," said Cynthia Danforth, a longtime technology consultant who said Edgerley's commitment to extensive use of technology in the project shows her commitment to uphold the good-neighbor agreement.

Nationally known event planner Bryan Rafanelli, whose office is nearby and who was signed up as one of the club's first members, said the 'Quin's general manager, Matthias Kiehm, is "global expert in hospital and understands how to run a property like this." He has previously worked in top management at the Ritz in Paris and at Four Seasons hotels in Boston, Los Angeles and Egypt.

Carol Fulp marveled that club membership reflects "every generation" and ethnic diversity and culture. The 'Quin, she said, "represents the new Boston."

Cathy Minehan said it's good Edgerley bought the old Algonquin Club when she did, because its continued decline and fall otherwise would have had "unfortunate repercussions for the entire Back Bay."

Neighborhoods:
Back Bay
Topics:
Business
Free tagging:
Boston Licensing Board
Commonwealth Avenue
Ad:
Like the job UHub is doing? Consider a contribution. Thanks!

I can see your tongue poking

I can see your tongue poking your cheek here, Adam.

I feel like Muffy, Tuffy, & Cuffy were all missing from the meeting. Were they still on the vineyard and couldn't come?

Inclusion is just an

Inclusion is just an expression not an example.

Inclusion is just an illusion

Inclusion is just an illusion not an expression.

I wonder if the owners know the SoHo Club has never turned a profit. Odds are the Quin house won't either

It's apparently the 'Quin house. Preemtively mandating a cozy nickname, I guess, possibly including a specious undertone of Irishness.

...a not-so-subtle wannabee imitation of the Algonquin Club? Surely even these jumped-up toffs wouldn't be that presumptuous.

For someone who works for a

For someone who works for a nonprofit or the government, $500 a year for a gym plus the other amenities sounds like a great deal, and isn’t just for rich people.

Unlike at the Y, you'll need to be nominated for membership, so if you're not what the club considers exceptional or an undefinable "wild card," you'll just have to shlub your way down to the boring old gym.

Go to Disney every year?

Go to Disney every year? Maybe you can but I could not afford it nor want to go

A subtle yet scathing summary of Squaresville.

The 'Round Table' Algonquin would be proud.

Beware of the Cyclops

Anyone watch the recent HBO series WATCHMEN? This place would be the Cyclops Boston chapter HQ.

The fees/dues seem low enough that most people in Boston could afford it, if they really wanted it. $4,000 is how much you spend taking the family to Disney.

taking the family to Disney every year?

No, because I don't really

No, because I don't really want to.

Do you really think

most people in Boston could afford to take their family to Disney every year?

$4000 is over 10% of the median income in Boston. I don't think there are many people who are able to stash away 10% of their income for a vacation or club membership every year.

I don't think there are many people who are able to stash away 10% of their income for a vacation or club membership every year.

They have a tier for under

They have a tier for under 150k earners for $500 which is 40 dollars a month. That's less than a mid tier gym membership.

Is the baseline for everything 40k a year?

In certain fields, who meet their exacting standards for being allowed to apply. It's not like the Y or a community-center pool.

Is this area zoned for making

Is this area zoned for making blood sacrifices to Moloch?

Skull and Bones is the only club for me.

What's a Yalie doing up here?

This is Crimson Country, bub.

But the Porcellian just doesn

But the Porcellian just doesn't compare with the mystery and pretentiousness of Skull and Bones.

That den of Tories.

Patricia Malone is in on this?

I can't believe I'm rooting for government here, but I hope she gets her ass handed to her on this after all the garbage she pulled with bars when she worked for Menino.

$4000 is less than $350 a month. I realize this is a good chunk of change but that's less than many car payments, not much more than an upscale gym membership and some people spend more than this on their cable and cell phone bills combined. That's the highest rate... The $500 a year is less than many social clubs with many less amenities. I imagine most people reading this blog could afford to go to this club if they made it a priority. I'm not personally willing to make it a priority but if I were to do so I could cut other things out of my life to make it work. I realize most of us are not the average income earner in this area but nobody brings that up when someone people spend money on any number if other things. I imagine if I lived near this place I'd be in a cramped studio without a car or might have 15 room mates so I think I'd find the resources to join if I was invited, especially because I'd qualify for the $500 rate under multiple boxes.

Increasing the capacity allows more people to have access to the space which overall is a good thing.

If people are making car payments, it's because they need a car in order to get to a job in order to survive. This is purely discretionary spending. A car or a cell phone is not.

You don't know anyone with a

You don't know anyone with a car who takes the subway to work? Two car (ha three, four...) house holds? Aren't people complaining around here ALL the time about families having too many cars, room mates all having cars?

I just don't understand why people are shocked about this , honestly. Boston has had social clubs for decades. The Masons down by the Common, Knights of Columbus all over, there are social clubs all over my city directly to the North of the city that aren't quite as pricy as this but still carry price tags of their own.

People don't need brand new cars yet I see new SUVs all over the place. People don't need to travel yet I know many people who take one or two trips for pleasure a year. It's not the majority of the city but we surely aren't talking about some sort of 1 percent elite. I know these people and I don't even live in a well off area. I have worked with a lot of low income communities and people over the years (and was low income most of my childhood) and honestly a club like this isn't what's keeping them up at night.

You are surrounded by people who pay hundreds for gym memberships... If someone spends a few dollars a day on coffee that's easily reaching over a hundred.

I just think there are a lot of blinders being put on here.

If it was on my block and I lived in a cramped apartment, I could be persuaded to think of it as an extension to my living room.

But I don’t think that’s their business model; the most profitable members will be those who rarely visit.

True but aren't all

True but aren't all membership models based on this? It's why the gym near my apartment has a line of cars to get into the parking lot on January second but the lot is half empty February first lol.

Things could be worse…

I could be living in the Back Bay.

Newbury Street to get a whole bunch of car-free Sundays
Yes, four of those weird helicopters just flew over Boston
Some Orange Line machinery that's been obsolete for years but is still plugged in and still kind of works
Moving-truck driver chooses backup of shame over truck haircut
Faulty Green Line door proves hard to ignore
Grubby alley wouldn't do for the entrance to a speakeasy at a luxury hotel, so developer of new Raffles tower in the Back Bay is planning what could be world's first 'sky speakeasy'