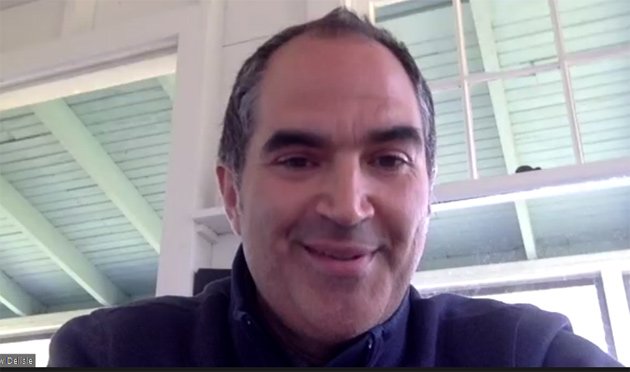 The Boston Licensing Board decides tomorrow whether to let former L'Espalier chiefs Matthew Dilisle and Peter McGough open a pasta-and-wine shop at 40 Main St. in Charlestown, where customers walking home from their jobs downtown could pick up some fresh pasta and pair it with what their attorney called "finer wines and more interesting beers."

The two chefs would fill a critical need in the almost non-existent Charlestown culinary scene, their attorney, Scott Holmes, told the board at a hearing today.

Addressing the public need for a shop like that - a question asked at all liquor-license hearings - Holmes said, "you have to live in Charlestown to know there's a public need for it, there's just really nothing in Charlestown." The closest restaurants, he said, both specialize in hamburgers and French fries.

In contrast, gourmet pasta freshly made by "chefs of this caliber" in a shop whose analogues exist mainly in Paris, Rome and the North End would prove a "destination point," not just for Charlestown residents but even people from the North End, Holmes said.

In addition to his experience at L'Espalier, McGough also previously worked at California's French Laundry, most recently famous as the place where that state's politicians went for maskless dinners at the height of the pandemic.

Both chefs live in Charlestown.

The wording of this article

The wording of this article throughout makes it unclear - are they trying to open a SHOP, where you could buy fresh made pasta to take home and cook? Or is this a restaurant where you would sit and eat the pasta?

I don't understand what a "shop" (which I'm pretty sure it is based on looking up the filings) does to address the lack of culinary options or restaurants in an area. Is a pasta shop really that big of a draw from the North End, where fresh pasta is available for purchase ready to cook or ready to consume?

I have no issue with this store, it's just a really confusing pitch that isn't really selling the place to me, a commuting consumer with disposable income.

It would be a shop

No consuming noodles on the premises.

I tell you what.

You can drive over the tinker toy bridge to the north end at rush hour to get fresh pasta for dinner.

Those of us that live in the neighborhood will buy pasta at this place.

Good luck to these two. Charlestown can definitely use more food options.

does training in French cooking provide to a pasta-maker? Pasta is not French. I have the highest regard for French cuisine, which I think largely deserves its reputation, but it is not infinitely adaptable. When French chefs try to make a risotto, they end up with a pilaf. Training in Chengdu would provide a better background for a pasta-maker than training in Paris.

On the other hand, training at the French Laundry could be useful, if you want to charge people $3 per noodle, and have them put in their orders six months in advance.

Former Charlestown High student charged with gunfire as school graduation ceremonies were starting; others still sought
The dark night returns: Eversource grid in Boston flickers out across city
Yes, four of those weird helicopters just flew over Boston
Jury convicts Charlestown man of kidnapping woman, raping her over three days
When will the new North Washington Street bridge be finished? God only knows
Citizen complaint of the day: Raccoon family on the move in Charlestown