Man sought for raping a horse in Norfolk; fortunately for him, Massachusetts is no longer a Puritan-run theocracy

The MetroWest Daily News reports police in Norfolk are hunting a man they say lured a mare out of a barn with some grain and then had his way with her.

The horse was uninjured, the farm owner reports.

In Massachusetts's early days, the penalty for bestiality was death. In fact, the last person executed anywhere in what is now the US for the crime was Benjamin Goad (possibly Gourd), hanged by the neck in 1674 in what was then the town of Roxbury for the crime of copulating with a mare, in broad daylight no less.

He often attempted Buggery with several Beasts, before God left him to commit it: at last God gave him over to it, and he continued in the frequent practise thereof for several Moneths. Being at length, by the good hand of God, brought under the Yoke of Government and Service, (which might have bridled and restrained him from such wickedness) he violently brake away from his Master, and with an high hand boldly and impudently, like a childe of Belial, shook off that Yoke of God, casting reproach and disgrace upon his Master. Having now obtained a licentious liberty, he grew so impudent in his wickedness, as to commit this horrid Villany in the sight of the Sun, and in the open field, even at Noon-day; proclaiming his sin like Sodom. Though he be a Youth in respect of years, yet he is grown old in wickedness, and ripe for Vengeance. The Church cannot be cleansed, untill this wicked person be put away from among us.

A Pringle can seems more suited for a flesh light contraption, whereas as a GH is, well, for glory...

After being reined in by police and saddled with guilt, the mane suspect appeared in court and was asked by the arraigning judge, “why the long face?”

In the Town of Norfolk folks

In the Town of Norfolk folks do not drink , nor do drugs and Norfolk.

As their high school's cheer goes …

But they DO observe the holidays... 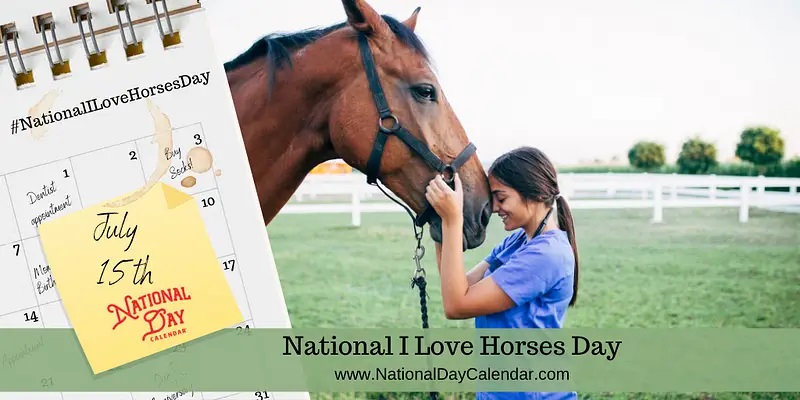 One could make the usual snarky comments about

Catherine the Great, or about making comparisons to the mare's other assignations.

But I am completely befuddled by the logistics of it all. Was the guy on stilts??

There's a censored image of the horse rapist here, not quite in the act, but you can't unsee this image if you choose to view it. I'm actually going to break the link, so you have to replace [dot] with a period in the URL if you so choose to view it: https://twitter [dot] com/mikesacconetv/status/1416224125727744000

I was expecting far worse

But then again, I see worse daily on pr0n twitter.

Gee all that trouble to do that, he musta **really** wanted to do that to go into a barn then set that up.

Sheesh like the first poster above, setup a glory hole & fire up Grindr with an ad with your location. It doesn't have to be fancy.. just a sheet over the doorway with a hole cut out will work.

If you build it, they will come (and come).

I even know guys who want to be actual livestock (as their kink). I mean, seems like win win.

(and before you go "I am sure you know all about this".. I'm gay, used to work in the adult industry, and have been online for 29 years. There's little I **haven't** seen.)

The horse shit about

The horse shit about Catherine the Great was political slander and not true.
Remember, if you are unable to conquer a woman you slander her reputation or her looks instead
Poor bastard getting murdered for that. :-(

This reminds me of that play "Equus" from the 70s. I actually had to read that perverted thing in high school. It had no redeeming qualities.

You should see it in person. It's really quite powerful.

I could have gone my whole life without seeing that headline

Yuck. WTF is wrong with some people?

1. Stuff like this is supposed to happen in Florida.

Animals don't communicate personal pronoun use in any way in which we are aware.

People do though, and not respecting people's gender identity, which includes making stupid bigoted comments that attempt to relate bestiality to trans/nonbinary identities is directly correlated with suicidal ideation and attempts among queer folks. Stop making these comments, and start respecting queer folks.

Perhaps start with not using the word queer

Many Gays and Lesbians grew up with queer as a term of abuse, of subjugation and deprecation. The claim to re-appropriate the term does not necessarily ring true or positive for folks who grew up in high school being called queer, etc.

Yes, and I was one of those recipients, having been out since about 1990.

Now I live in a world in which there are queer studies departments at universities, journals of queer studies, queer healthcare conferences. The mainstream acronym used in medical textbooks has "queer" in it for fuck's sake.

I do acknowledge that some of my fellow LGBTQ+ folks don't like the term. I also know a few lesbians who don't appreciate the names of dyke march, dykes on bikes, or dyke night productions. I am happy to defer to them and not refer to them with the term, and will use whatever terms they ask me to use. I will use whatever terms I want to refer to myself though. I also know that a whoooole lot of the <30s prefer "queer" because they specifically identify with terms that aren't in the acronym, and don't want to keep making longer alphabet soup.

Queer people using "queer" to refer to ourselves and our communities is just not what's driving suicide rates of queer young folks though. As someone who is literally in contact with hundreds of queer youth every week, I can tell you that they just aren't fazed by the completely mainstream terms that supportive people and organizations are using that might not be their preferred term. They're more worried about people who refuse to respect who they are and who make horrible bigoted "jokes" equating who they are to bestiality.

But since you're someone who's also commented on here that discussing race is what causes racism, I can see how you got this other mistaken belief.

On the one hand, ewwww. I need a shower even after just reading that article.

On the other hand, if the horse did not suffer pain and was not harmed, it's not clear what theory of government requires the state to define this act as a crime and to punish it.

On the third hand, an animal is incapable of meaningful consent.

I think you meant hoof.

Don’t think too hard about this one…

in my minor experience with horses

... like riding a couple times, light currying, putting on a halter and so on -- horses are damn strong. If you disturb or hurt them, you're in danger of your life. So I'm kind of hoping for his own good this guy gets kept far away from them from now on.

A horse is a horse

Of course, of course,

Or, as the saying goes, "Out west where men are men and the sheep know it."

There is a reason why the term animal husbandry is used in reference to livestock.

Where men are men, and the sheep are nervous.

The heck with your daughter - how much do you want for that horse?

I don't recall such things

I don't recall such things happening in the pre-Airbnb era.

Must not have read the story fully then

cause "buggery" as it was called, has been against the law in Massachusetts for longer than our sovereign country has existed. Airbnb, on the other hand, was created in 2008.

“He was familiar with horses,” said the police.

I dunno, that's a little more than "familiar" in my book.

This is so disturbing. Even

This is so disturbing. Even joking about it is off putting.

HubHistory is such a great podcast. Almost as good as this site.

Didn't the horse get executed too? I have to go back and listen.

OH FOR GOD’S SAKE! That is

OH FOR GOD’S SAKE! That is all.

Somehow, I don't think that was the motive.