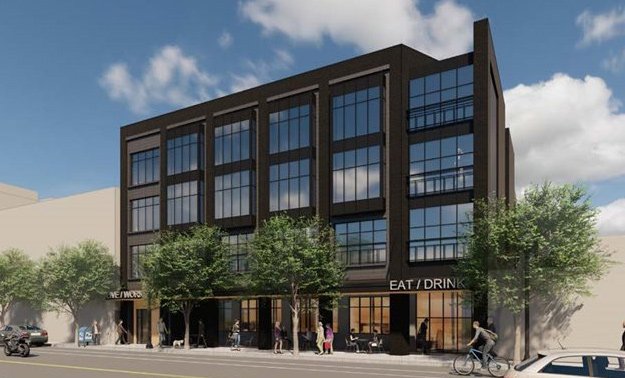 The Zoning Board of Appeal today approved two new housing developments - one with room for restaurant - a couple blocks apart in the Glover's Corner stretch of Dorchester Avenue.

In the larger project, on two connected lots, one at 1121 Dorchester Ave., the other around the corner on Savin Hill Avenue, developer Joey Arcari is proposing a "live/work/eat development" that would feature a four-story, 21-unit residential building with roughly 5,000 square feet of ground-floor space for a restaurant on Dorchester Avenue, and a three-story, three-unit building on Savin Hill Avenue. Three of the units would be marketed as "affordable."

The development would have 13 parking spaces in an underground garage.

The mayor's office and the offices of city councilors Frank Baker, Michael Flaherty and Annissa Essaibi George supported Arcari's proposal. "We're very excited about this density increase in the area," Patrick Fandel of the mayor's Office of Neighborhood Services said.

The BPDA board approved the project last month.

Two blocks away, at the corner of Dorchester Avenue and Roach Street, the board approved a proposal by the Broadway Companies to add nine apartments in three floors atop what is now a single-story commercial building. Six units would have two bedrooms each; three would have three bedrooms.

Member of violent Dorchester gang gets seven years in federal prison
Dot Ave. to be shut between Freeport and Gallivan on Saturday
Dorchester brawl ends with car chase, two arrested on gun charges, one of them just 16
After gunfire off Norfolk Street in Dorchester, man ran away from officers with a gun in his hand, but was captured, police say
Teen jumps in front of Red Line train at Shawmut, is pulled out alive
The Expressway signboards warn of traffic trouble between 1 and 3 p.m., but ...