Not all of Arthur Fiedler's performances had large audiences 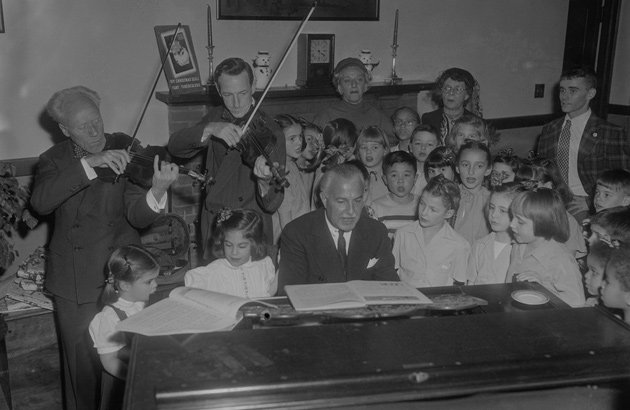 In December, 1951, Arthur Fiedler and BSO musicians Inar Hanson George Zasowsky journeyed to the Prendergast Preventorium, 1000 Harvard St. in Mattapan to join the younger patients there for their annual Christmas party.

The Preventorium was one of several facilities in Mattapan set up to deal with tuberculosis in the days before antibiotics curbed the curse of consumption. Most were essentially nursing homes where adults lived, but the Preventorium was designed specifically for children - but children who didn't necessarily have TB themselves but whose parents had been diagnosed and ordered to a nearby sanitarium.

Set up in the early 1920s by the Boston Tuberculosis Association, the goal was to give children plenty of fresh air and activities that would help them build their strength - but not tax their supposedly fragile systems - as well as providing them regular meals and dental care. Boston public-school teachers led them in lessons.

Posture exercises in the 1920s (from the 19th annual report of the Boston Tuberculosis Assocation): 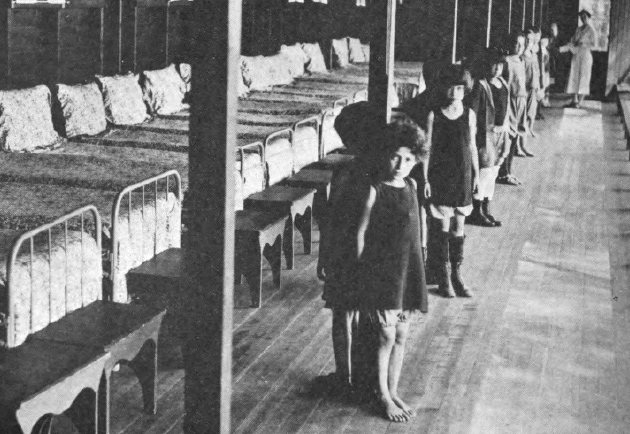 Although the outside world, aided by such photos, thought it as a sort of happy and caring place, one former resident writes it was anything but:

He singles out one staff member who “firmly believed that inflicting physical pain and humiliation were the best forms of discipline.” He describes the staff member pulling the hair of the children and smacking them. Other staff members were described as being adept at smacking, slapping and calling names. Many of the children developed symptoms of abuse including twitching and coughing.

Fiedler photo from the BPL Brearley Collection. Posted under this Creative Commons license.

Thank you for this story

Thank you for sharing this important part of our history.

He describes the staff member pulling the hair of the children and smacking them. Other staff members were described as being adept at smacking, slapping and calling names.

It's no surprise, and to be expected, that institutions caring for the vulnerable attract psychopathic, sadistic bullies. What is unconscionable is that the institution's management did not screen them out nor adequately supervise the staff.

I read it was a place where

I read it was a place where kids whose parents had TB. My gg-grandmother was one of those children. Both of her parents died of TB in their late 20s. I wonder if she went there.