South End block shut for seven hours as police negotiate with man with gun on soccer field; finally, they shoot him with a 'less lethal' projectile 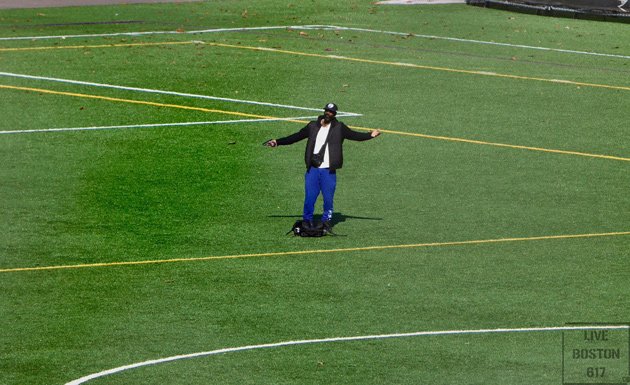 Around 5 p.m, Boston Police officers captured a man holding what appeared to be a gun in the middle of Rotch Playground at Albany and Randolph streets about seven hours after he first appeared with the weapon.

Police fired a single less lethal projectile at him, after which he was formally put in custody, then rushed to nearby Boston Medical Center for care.

Police started responding to the playground, used by Emerson College's soccer team, around 10 a.m. after the man appeared in the center of the field.

Officers cleared out residential units alongside the field as SWAT teams and hostage negotiators arrived.

The man's family members were brought in to talk to him. Live Boston reports he was identified as Ernest Fields, who was already wanted by BPD on an armed-robbery charge.

SWAT units slowly moved in until he was completely surrounded by them. Negotiations continued for several hours until he was captured.

Michael Ratty, who lives next to the field - and whose wife was among those forced to leave - reports the shutdown coupled with normal rush-hour traffic means Arlington and Herald streets were a mess: 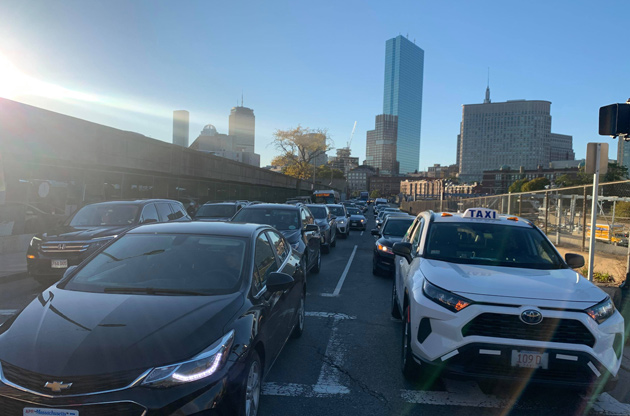 Ratty also saw officers continuing to investigate the scene after the man was transported to the hospital: 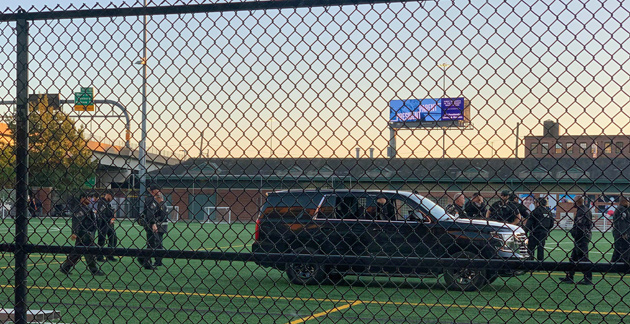 So happy to know that this did not end in anyone's death. Eager to learn more about when the "less lethal projectile" is authorized to be used, and very much hope that it will become standard practice in any situation where it is not necessary to kill (aka the vast majority). Will be thinking of this individual and his family as well as all who were involved today, as this was certainly an incredibly stressful and traumatic event.

Somebody please call Jack Dorsey and get Ratty out of Twitter jail.

"I wouldn't want to belong to a club that would have me as a member."

Proud of BPD! And so good he

Proud of BPD! And so good he has family that stepped up to help BPD.
Hope this man gets help he desperately needs.

Insurance companies don't have to pay for South End property owner's decade-long battle against neighboring condo building, judge rules
Man who picked up and helped kill a Combat Zone prostitute in the 1990s is still picking up prostitutes, allegedly
Man arrested after plunking himself down in South End lobby with a loaded gun in his waistband, under his camo bullet-proof vest, police say
Wu orders pause in Mass-and-Cass de-tenting
State to set up temporary housing for Mass/Cass homeless at Shattuck Hospital campus in Franklin Park
ACLU sues to block further Mass and Cass de-tenting without better housing and treatment for tent owners