Board approves yet another marijuana shop close by another one, this time in Charlestown 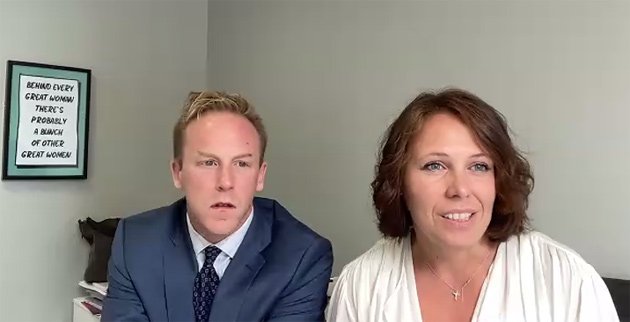 Kelly and Joyce at their hearing.

It's the latest case in which the board has approved two nearby marijuana shops despite a city ordinance calling for at least a half mile distance. Both proponents still need approval of the state Cannabis Control Commission before they can open.

As she has at other marijuana hearings, board Chairwoman Christine Araujo decried the "awkward position," the board has been put in by City Hall officials, currently the Boston Cannabis Board, who keep approving proposed shops closer than the distance set by the City Council. Board member Mark Fortune made the formal motion to approve the shop after saying he agreed with Araujo.

Two years ago, City Councilor Lydia Edwards angrily denounced both Mayor Walsh and the zoning board when the mayor's office urged the zoning board to approve two East Boston shops less than a half mile from each other. Today, however, she urged the board to approve the proposed Resilient Remedies on Cambridge Street, a short walk from the proposed Heritage Club shop, also on Cambridge Street, but closer to the Somerville line.

Edwards, who wants to strip the zoning board of any say in marijuana siting, said she has never seen as much community support for a marijuana proposal as she had for the plans proposed by Jack Kelly and Dot Joyce, both of whom worked at City Hall during the Menino administration. "They've earned trust and respect from community members," she said. At the June hearing on the Heritage Club, Edwards's aide neither supported nor opposed that proposal, instead leaving the question up to "the board's discretion."

Kelly is a fourth-generation Charlestown resident. Other supporters, including the steering committee of the Charlestown Coalition, praised his lifetime of working for Charlestown.

As a recovering heroin addict, he is eligible for preference as an "equity applicant" under state marijuana regulations.

Joyce said she does not feel there were be much direct competition between the two shops in part because Resilient will focus on the use of marijuana as part of overall wellness programs while the other shop will sell marijuana for strictly recreational purposes.

People opposed to the shop cited traffic - the intersection of Maffa Way and Cambridge Street is one of the worst, and most deadly, in Charlestown, they said. Opponents also cited the lack of parking and some specific operational issues unique to the building, such as the fact the shop would use the basement for storage, which requires blocking all non-employee access there, in apparent violation of state codes that give the building's residential tenants the right to access utility meters that are housed there.

Dan Linskey, Resilient's security consultant - and former BPD superintendent-in-chief - however, said the basement concerns can be handled through architectural means, to give residents access to their meters while blocking them from access to the marijuana part of the basement.

Talk about flooding the Area. With this shop and if the other one gets approved there will be 3 shops with in a half mile of each other. 1 is already up and running at 67 Broadway and now this one and the other one applying just down the street on Cambridge St. This is crazy. Also you are giving someone a license and they have logistic issues and also copyright issues. There is a company called Resilient Remedies that is trademarked. Welcome to Resilient Remedies™, our premier line of natural products for a healthier body, mind, and heart.
( https://www.naturalmentalhealth.com/pages/resilient-remedies )

So if these folks can’t do the simple things correctly like doing a simple good search to ensure they are not violating a trademark. How can you ensure they will follow all the rules associated with selling marijuana. This sounds like a very bad idea to give these folks a license.

Are you involved in any

Are you involved in any cannabis business?

None of this is

I guess with three weed shops in the area the zombie hordes are going to descend on the bucolic paradise that is Sullivan Square. People high out of their minds on the wacky tabacky are going to be wandering in and out of traffic and doing crazy stuff like listening to 1960s music. Won't someone THINK OF THE CHILDREN?!?!?!?!!!11!!?!1?!

A while back, there was a discussion here about how many pot shops are run by ex pols. (Cabral, Jackson, among others).

Well, here we have Kelly, Kindly, and Joyce.

Just something to keep in mind, if you ever need to get anything done in this city

Is this not hilarious?

Here’s alleged champion of cannabis equity Lydia Edwards stanning for a townie and Dot Joyce of all people.

Joyce, who has been cashing in from being Menino’s press secretary by being a political consultant is now looking to make bank off weed?

Unnecessary nonsense like this is why the product is too expensive to buy legally so most people still buy pot on the black market and the taxpayer loses out to smugglers and illegal growers. We don't need pot shops. It should be sold at package stores where there are already strict regulations and anyone under 21 isn't allowed to purchase.

For first time in centuries, native Americans use traditional fire technique to create canoe along the harbor, then paddle it into the water
Sewage flowed into Boston Harbor this morning
Repair work on unfinished North Washington Street Bridge has started; state hopes to open span to vehicles in December, 2023
Meetings next week suggest the North Washington Street Bridge project could be about to start up again
Fourth suspect arrested for gunfire that halted Charlestown High graduation
Two dead in three-vehicle crash on I-93 northbound just past the Zakim