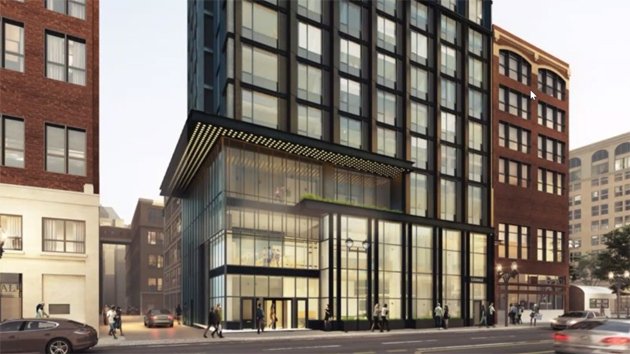 The Zoning Board of Appeal today approved plans for a 115-unit condo building at the site of a former nightclub at 150 Kneeland St. that will be "fully electric" and which will mean the development of 20 units of "deeply affordable" apartments on Oxford Street.

The Hudson Group had originally planned a 230-room hotel on the site, but switched to condos after the pandemic dried up funding for new hotel development.

Sizes of the building's one- and two-bedroom units will range between 550 and 950 square feet and will use electricity for both heating and cooking The building will have no dedicated parking, but the developer has proposed leases with existing nearby garages.

Under its earlier approval by the BPDA, the Hudson Group will contribute between $5 million and $7 million to create 20 apartments renting to people making between 30% and 50% of the Boston area median income.

Board member Mark Erlich raised the issue of speculators buying up units and then renting them out. "It's a problem in the city," with other high rises, he said. Noam Ron of the Hudson Group made no commitments, but said he would be willing to work with city officials on a proposal to limit the number of units that wind up being rented out.

Some nearby residents opposed the proposal because of its height, density and lack of parking, as well as the potential for noise from a proposed rooftop deck.

potential for noise from a proposed rooftop deck

It would be a shame if a loud roof party made it harder for neighbors to hear the serene music of the diesel train engines, I-93 ramp traffic, and steam plant pressure release within 400 feet of this project.

and I don't have much of an opinion myself on this particular issue, but not all noise is equal.

there's a difference between these two things:

- abstract and relatively constant/predictable noises made by machines that can fade into the background.

a Beachmont resident who lives directly under the 22L flight path

…we’ve never much cared about the well being and concerns of the residents of Chinatown. Why start now?

Leather District, but yes I agree

This is a few blocks over from what most people would consider Chinatown proper, but I completely agree with you. The Chinatown community deserves road diets and traffic calming, shade vegetation, pedestrianized side roads, relocation and redevelopment of the Vicinity plant and other air rights parcels adjacent to and above I-93 and the Pike, improved air quality and reduced heat islands, and an expanded and improved Reggie Wong Park. And a permanent library branch, which may be coming soon on Parcel R-1 after falling through on Parcel P-12C.

They also deserve development of more nearby affordable housing, and this project replaces an abandoned 2-story nightclub with a 22-story, 115-unit (20 "deeply affordable") condo building.

I was thinking of a different block of Kneeland.

nearby residents opposed the proposal because of its height, density and lack of parking, as well as the potential for noise from a proposed rooftop deck.

The images elsewhere in their presentation show that this building will be a lot taller than any neighboring buildings. Unless The Beatles set up on the roof, the idea that the deck will bother anyone is just silly.

FWIW, this project is also replacing a club with a 2nd floor roof deck: 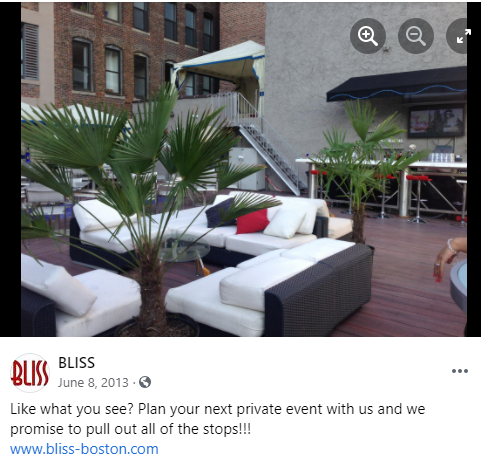 Exactly! The NIMBYs probably said, "Remember how loud that old deck was?"

All you knee jerk YIMBYs...

...would be the first to be a NIMBY if something you didn't like was proposed for next door to your home. It's too easy to accuse everyone else of being a NIMBY.

That's why we have an approval process. Let the process sort it out.

Guess where I live?

This site is next door to my home.

What did you expect?

These are the people who will complain that it doesn't have enough parking and will create too much traffic.

They’re in the parking freeze zone and project also falls under the parking maximum rule (no minimums) due to its size. Developer doesn’t have to provide any parking for this project. People can complain all they want about parking, but that reason can no longer hold up projects over 50k sf. People are going to have to find something else to complain about.

In Boston, it's not just

Only if you’re foolish or selfish enough…

… to drive a car in Boston.

Man charged with raping woman at Chinatown hotel, holding her there for ransom
Man charged with punching two Asian-American women in the face in Boston; was already locked up for attack on elderly woman in Cambridge
Man robs Chinatown bank with a spray bottle, police say
Masshole parks in bus stop, bus pulls up ahead to let off passenger in wheelchair, Masshole can't wait, drives over wheelchair ramp, police say
Beaming at Chinatown's newest school, now under construction
Man who was shot outside Theater District hotel has died