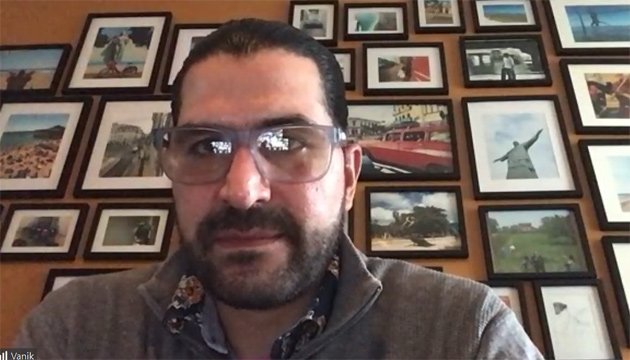 The Boston Licensing Board today approved plans for the operators of a Quincy restaurant to open an outlet on Border Street near Decatur Street that hopes to attract both East Boston residents and a growing community of Eastie restaurant workers who'd prefer to cap their nights near home rather than across the harbor.

For proposed manager Vanik Hacopian, Pearl & Lime would be a homecoming: He was born in Orient Heights and now lives in Jeffries Point - with a few years in between as a professional skateboarder in California. Hacopian said that even though the restaurant will be in a part of East Boston where high-priced condos now spawn like mushrooms, he wanted to ensure even long-time residents of East Boston feel welcome.

The restaurant represents "a fresh pan-Latin concept with a neighborhood price point," his lawyer, Andrew Upton, told the board at a hearing yesterday. Food influences will include Mexican, Central American and a dash of South American, with elegant cocktails, "but with a focus on service" and "prices that are affordable to all."

However, whether the restaurant quickly gets the liquor license it asked for depends on whether the city has any to give out, which it might not. If not, Pearl & Lime would either have to wait for the off chance that somebody turns one in or try to buy one on the open market, at six-figure prices.

The board this morning added that although it approved granting a liquor license, it would hold off actually issuing one, should one be available, until after the restaurant meets with neighbors. That kind of meeting normally happens before licensing hearings, but confusion at City Hall during the changeover of both administration and staffing at the Mayor's Office of Neighborhood Services, meant that meeting was never scheduled.

I meant "East Boston residents," although diners would work, but definitely not restaurants. Fixed, thanks!

Yawn!
As a resident who lives within walking distance you're a fool to feature Mexican or Central-American cuisine.
Perhaps authentic South American might be enticing but the others are not what people crave. Just sayin' b

As a resident who lives within walking distance you're a fool to feature Mexican or Central-American cuisine.

Why do you say this? East Boston has and always will a large centroamerican population. What types of places are you looking for? Do you mean more places 'white people' would like?

I'd could do without another chipolte or bon me. Gimme local latin flavor.

How about a French, Middle

How about a French, Middle-Eastern, maybe seafood,
Continental Spanish or even Thai, Indian, or Japanese? How about Greek or Portuguese?

It's not my neighborhood, but iirc many of the Mexican and Central American restaurants with the best reputations are located in East Boston. Am I wrong?

Looking forward to the opening. Hope there's some veggie options and they're able to get a liquor license.

Change in Cusine in East Boston

As a lifelong resident who appreciates all cuisine, it is apparent that we need a serious change in what we as Residents would like, we are being forced with little choices and respect, as to what we really would like and appreciate.

That means, no more Italian, no more South American, no more Bar
B Que and or Pizza Cafe’s, no more Chinese etc. restaurants.

We are undergoing change that certainly does not support any of these.
Why can’t we have a sophisticated restaurant with French cuisine?
Or Israeli Cuisine? Irish Cuisine, German Cuisine, Japanese Cuisine.
Or an a good Breakfast and lunch cafe! We do not even have a decent Cafe like
Adrianna’s in Winthrop, or Luberto’s in Revere. With choice of authentic
Pastries, we do t ha e a French Bakery. When are we going to open our minds
up, without success depending on a Liquor license.

I will not be eating at this restaurant, as usual I will leave East Boston with friends and family to have choices of what and where I can enjoy what we like, different cuisines.

It's not the best of nights; dead train at Orient Heights
East Boston billiards hall was ordered shut because of neighbor, police complaints; can re-open tonight but has to prove it's doing something about its issues
Board approves East Boston cannabis shop - but without a drive-thru window
Remains of a POW who died in a North Korean camp confirmed as those of an East Boston man
One-man crime spree from East Boston gets almost eight years in federal pen
East Boston restaurant warned to do a better job keeping beer-chugging customers off its patio