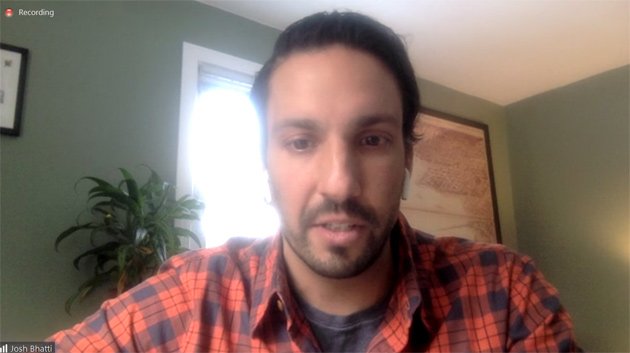 The Bowery Presents, which runs the Sinclair, said today it hopes to open its 3,500-person Roadrunner on Guest Street in New Balance's Boston Landing complex by March. In fact, it's already selling tickets for shows starting March 17.

The company went before the Mayor's Office of Consumer Affairs and Licensing today to seek the entertainment license it needs to start hosting performances and booking the facility for private events. Company attorney Kristen Scanlon said it hopes to obtain its certificate of occupancy from ISD by the end of the month for the venue, which will be Boston's largest general-admission music hall.

Roadrunner - yes, named for the Jonathan Richman song - will collect 25 cents from every ticket sale for the Shout Syndicate, a Boston-based youth arts program. Scanlon said the venue hopes to work with local musicians as well.

Roadrunner is seeking a 2 a.m. license. Josh Bhatti, The Bower Presents vice president, said most shows will likely get out by 11 p.m., but added that the later time will let the venue host a New Year's party as well as private events that might go later in the evening. Allison Finney, who will oversee Roadrunner on a day-to-day basis, previously worked as general manager at the House of Blues.

Scanlon said the company went to great lengths to ensure not only top-quality sound inside, but minimal sound outside. Three separate sound consultants came up with a system that involves two layers of drywall everywhee, sound-insulating doors, large air gaps everywhere and a suspended ceiling. The air gaps and the suspended ceiling are designed to keep vibration inside the structure, and since "sound is vibration," that should minimize any escaping sound, she said.

At today's hearing, the proposal was praised by aides to City Councilor Liz Breadon and Kevin Honan, both for expanding Allston/Brighton's music scene at a time when numerous venues and practice facilities have shut or are closing because of Covid-19 or development, and for bringing even more life to the growing small-business area surrounding Boston Landing. Owners of several nearby businesses agreed.

Looking forward to checking it out

I've got tickets to two shows at Roadrunner. It sounds like they have put a lot of thought into this place, so I have high hopes.

Can’t wait for this much needed venue.

IDLES in September! Hopefully, we’ll be out of this mess by then. And Bikini Kill (Boch/Wang Center) will actually happen after being delayed for 2 1/2 years.

I have tickets for a few shows already. Has anyone heard anything about the new Great Scott? There hasn't been any news in several months. The last posting said things were moving in a positive manner then shortly after, the for lease sign went up.

Magoo can’t wait to git down get magittidy git down git maggitidy. Magoo.

I'd think he'd want to be in the room where it happens.

Isn't that a Radiohead song?

We still need to fill the smaller gap.

House of Blues has a capacity of about 2,200. I haven't looked it up in a while but Boston has a gap where there isn't really anything for a crowd larger than 1,000 until you get to the HoB size. It would be nice if there were some places in the 1,500-1,800 range as it seems that's the size that bands get to and bypass Boston on their tours.

City Winery? I am not sure

City Winery? I am not sure what their capacity is. Oops just looked it is less than 1000.

at TD Garden boasts they can accommodate "up to 2000 guests, almost 1500 of which are in the music hall, the multiple levels offer every guest the best view in the house, fully elevating your nightlife and live music hall experience."

I think the under-construction MGM Music Hall at Fenway Park is expected to have a capacity of 5,000.

I'd enter into prostitution

At the secondary prices, I may well have to.

the Stop and Shop?

And if Jonathan Richman doesn't do the first show there ...

Drop kick murpheez are the second show, which would be even more revolting if tickets weren’t still available (they are, which is odd and funny).

I miss TT the Bear's.

I miss TT the Bear's.