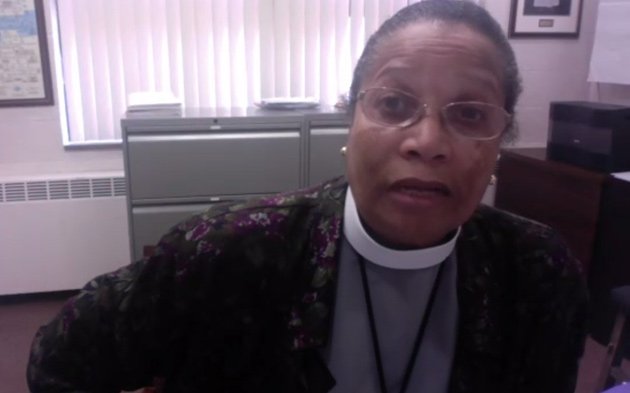 The Boston Licensing Board today unanimously approved a plan by Camilo Liquors III to move from its current ramshackle location at the corner of Edgewater Drive and River Street to a better maintained building next door, over the objections of ministers and parishioners at the Church of the Holy Spirit, who say the store's often angry customers regularly sit - and urinate and defecate - on church property.

Even as they agreed to the move, board members said they will be keeping an eye on Camilo from now on and urged people to call 911 if the problems across the street, persist, so that the board can take appropriate enforcement action should the problems persist.

Board members said they agreed to the license move a storefront down River Street after Camilo's attorney, Jennifer Allen, said its landlord, for whatever reasons, had refused to put any money into repairing the current location, to the point where "it could become dangerous," not to mention an eyesore.

"It does grieve me that the neighborhood is having such problems with this location," board member Keeana Saxon said.

Guys with bottles hang out on a wall along the church property, often with loud music playing, and respond to requests to move along with "very vulgar" and abusive language, she said. Many use the church grounds as a restroom, she said, adding she recently had to clean up human waste deposited on church grounds right before a funeral. The church has had to hire somebody to clean up the broken bottles and other trash, she said.

Because of limited parking in the square, Camilo customers often park in the church lot, she said.

She said that the church initially had no problems with Camilo when it opened more than a decade ago, and that she recognizes that Francisco Camilo - who lives in the Edgewater area himself - has a right to make a living. But, she said, that can't be at the expense of people across the street, in a part of Mattapan Square she said has changed for the worst.

She said some families with children already are reluctant to go to the church, which has been in existence for 136 years. "The survival of the church is also at stake for the long term," she said.

Parishioner Janet Sinclair added: "Rev. Zenetta should not have to be subjected to countless people sitting on the wall of the church, drinking, throwing their trash, being verbally abusive to her when she has every right to ask someone to move."

Sheila Azores said Camilo is within a short walk of two other liquor stores and asked the board: "Please help the Mattapan community remain a livable community and not a liquor-store ghetto."

Allen said her client is doing everything he can to address any problems coming out of his store.

She said the store regularly sends somebody out to pick up trash. She said the store is willing to pay to install a fence around the church property. And she said the new storefront would become far less of a liquor beacon, unlike the current location, which is on a Y intersection making it visible from two streets.

The store had its supporters at the hearing as well.

It's not more liquor stores. It's the same number of liquor stores, just one of them wants to move to the next building over.

when the liquor store is "a staple of the community". Edgewater is a beautiful neighborhood with active residents. It is home to the Kennedy Playground, and an access point to the Neponset River. Residents are engaged with Mattapan Food and Fitness, the Neponset River Greenway Council, and advocates for extension of the bike path along the Truman Highway corridor. It is a disgrace that Rev. Armstrong, her parishioners, and neighbors should have to tolerate this kind of disrespectful behavior.

Sounds like maybe the church should invite folks in, let them use the bathroom in a dignified way, maybe offer them services, you know, actually minister to people who are clearly at the bottom of the gutter.

But since when have churches been full of actual Christians?

I’m sure jesus would

True christians would share their restrooms with the less fortunate rather than whine to the City about them.

Churches are usually closed at night

wouldn’t vilify people who may have substance abuse, or mental health issues, or who just may be down on their luck. They would be out there h e l p i n g their neighbors rather than calling the oinkers on them.