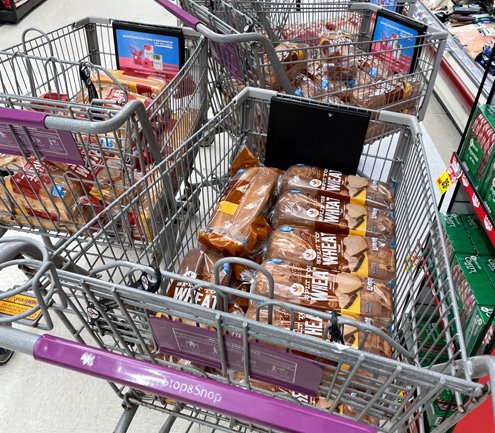 JJKrawczyk couldn't help but notice the gathering of the bread at the Lexington Stop & Shop this morning.

Geez how much french toast are people eating tomorrow?

Its a day snow storm.. not a week.

oh who am I trying to kid, I spent twice as much at the store this morning than I normally did.

Editing to avoid conflict: After looking more closely, this bread is in the deli department. I'm gonna guess some slick Stop & Shop employee thought they would make someone's life easier by putting the bread here in carts (or its a put back and the carts were abandoned here)

This is about hoarding, not

This is about hoarding, not about food. I don’t get it. They probably blew hundreds of dollars on toilet paper in April of 2020. The people who love waiting in lines also mystify me. Those people are crowding the stores today too I bet.

Dude, what kind of toilet paper are you buying that it goes bad?

Yeah, I admit it, I went a tad berserk in Feb/March of 2020 and bought way too much toilet paper. Guess what: We managed to use all of it.

The pandemic and resulting food panic for a few weeks made me think I needed to be more proactive about emergency supplies. Not 100 loaves of bread but definitively a bigger supply of canned goods and other non-perishables vs pre-2020. I used to think a few days of food was enough to keep on hand, now I want at least 10 days worth for two people.

I went to the store this morning but bought nothing different than what I would have purchased on a normal Saturday grocery run.

I went out two days ahead because we were very low on a lot of stuff.

I bought huge quantities, but not hoarding quantities. I had a list.

It was enough that an astute older woman looked into my cart and said "How many boys do you have? (I had two teen boys at the time, but we also live near the high school so ravening after school hordes were a constant issue).

We probably have 6 months of food

just in the form of a few 5-gallon buckets of legumes, grains, and other stable staples. All stuff that we eat normally: Lentils, chickpeas, flour, millet, pepitas, sunflower seeds, other stuff. None of it sticks around more than a year. Every once in a while one runs out and we get another 25 lb bulk bag as a special order from Neighborhood Produce. (Previously, we would have ordered through Harvest.) Can be cheaper that way, too, at least when amortized over months.

It would be pretty unpleasant once we ran out of spices, though. :-) Many of those don't keep very well, so we don't keep much of a buffer.

It's convenient to have some canned goods around, but it's hard to beat a couple buckets of dried goods.

(And in a shorter outage, we'd probably be able to feed quite a few of our neighbors, too.)

More people working from home meant more home TP demand. The industry was backed up with commercial-style TP rolls and running out of home-style rolls.

Now, once there started being shortages because of the shift? *That's* when the hoarding started. :-) But the shelves were already looking kinda bare at that point.

I figured we need groceries

I figured we need groceries through Monday. So, a quart of milk even though I had one in the fridge, one loaf of challah, and carrots and beef to make stew. I already had the dozen eggs, and as you note, I'm not feeding an army.

Friday Am has been my grocery shopping day for 2 years.. so it was just another trip. I also was out of a lot of pricer items (dishwasher tabs, 12pk paper towels, coffee, big box of trash bags). Those items alone made the bill over 100 bucks.

But price of everything has gone up.. even at Market Basket.

I think the only thing storm related I bought was bacon and french toast bread.. and I didnt really even need that because I don't really make breakfast unless I have guests or its a storm LOL

There was a single loaf abandoned near the deli counter when some dude in a robe showed up, made noises about taking care of the least of these or some such, and suddenly the area overflowed with bread and the seafood counter erupted.

French toast with wheat bread? No!

Try making it with slices of Boule de Campagne from Collette Bakery - that's a wheat bread that puts the French in French Toast!

Challah is the right answer.

Seen on the way home -

For what it's worth

the snow blower needs gas too. That and I don't want to run into any issues getting gas for my car on Sunday, which is normally when I try to fill up. So I topped off my tank last night.

If all goes wrong, I can also clear off my car, run it to heat the interior and draw enough power to charge phones and battery banks at the same time, if I'm without power for a prolonged period of time. I am not expecting this to be necessary, but I'd rather be prepared for it and not need it than need it and not have it. It won't go to waste, I'll use that once the storm passes anyways.

Are you a boy scout?

Damn right I am

Eagle Scout, even. And a Scouting volunteer in my adult life.

Between the "be prepared" motto and the "thrifty" part of the Scout Law, I could probably survive another winter of 2015 without a visit to the supermarket if I really had to. Meals would probably get repetitive after a while, though. I'd hate to find out the hard way that there is actually such a thing as too much pasta.

There's no such thing

as too much pasta.

...such a thing as too much

...such a thing as too much pasta.

You can start your own canned product line: "Yea, Chef bored!"

As it should be this time of year!

I keep my supplies topped up this time of year, even with perishables. The garage stays at fridge temps, but I don't need that capacity anymore.

Zero ethanol - not usually from a station.

One more reason that I bought an electric two-stage snowblower (to replace the now grown and flown young people). The electrics are also much quieter and they don't stink! 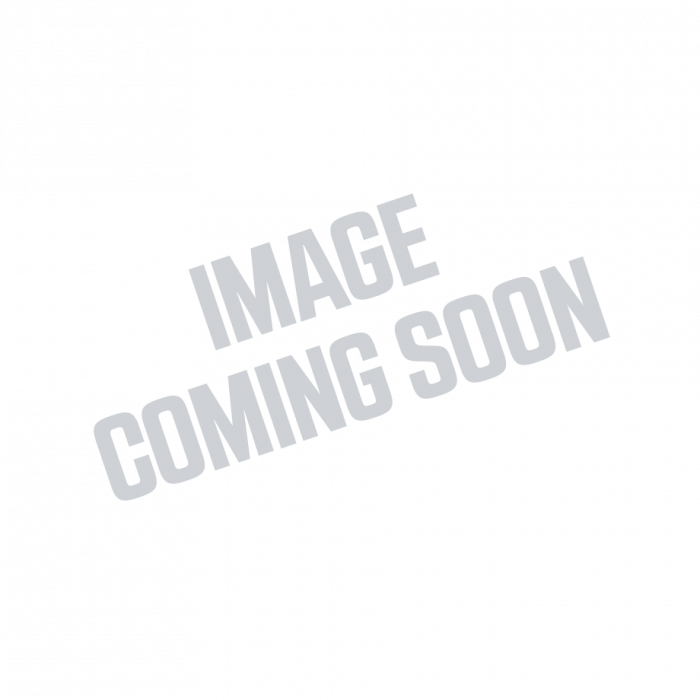 If you are careful

you can use regular gas. Fuel stabilizer and running it out at the end of the season goes a long way. I've started adding a flush of ethanol-free gas as part of my end of season process once I've run it empty. That and if you pull the spark plug, add a drop of oil to the chamber and carefully pull the cord to lubricate the pistons before replacing the spark plug, you'll be in good shape for it starting right up next winter.

What electric blower do you have, and hows it working for you?

See the pic, above

We have the top capacity EGO SNT 2400 with the upgrade to 10amp-hour batteries. https://www.acehardware.com/departments/lawn-and-garden/snow-removal-and...

24" clearing. Last storm it ate a 14" plow tailing for lunch, sending it clear across the street or up over a 6' stone wall with ease. (I went and did the neighbor's driveway since I filled up their yard).

It is relatively non noisy and nonstinky. You can talk while running it or listen to music/podcasts. It sounds high pitched like a sewing machine.

I had a total blast with it - this is my first snowblower and it was a lot of fun. Easily cleared that 9" of mess early in the month in a single charge, plus cleared out some neighbor spaces for bonus fun. Goes up my ski slope driveway easily.

Have you gotten to the end of a charge yet? Looks like a spare pair of batteries is well over half the price of the unit, so being someone that doesn’t want to be caught unprepared, that’s a hefty price.

We got the 10ah batteries. Did everything we needed it to, plus some neighboring territory, on a single charge with a learning curve and some "yeehaw lets get some snow on the roof" turbo mode action. Still had a bar left at the end.

Like a gas blower, it depends on how you use it - traction and mode matter. I actually kept the traction motor off downhill and on a flat - didn't need it - cranking it up to go up the steep driveway.

Here's a really good example of the capabilities with 7.5 ah batteries in a typical MA situation. This video sold us on the thang because we have a very similar driveway situation. We do like to clear in front of our house, though.

I don't think I'm ready to make the switch yet, but it's good to know the battery powered equipment is getting on par with gas now.

If there are power outages, no one will be pumping gas. If the power outages are widespread and/or the result of infrastructure damage (both of which certainly seem possible in this storm), that cold go on a while. I don't think I'd wait in a long line, but gassing up the car is one of the things on my to-do list when a big storm is coming.

("Do ALL the laundry" is another, for the same reason)

Grocery stores sometimes fill up shopping carts with product as a sort of overflow display-area thing.

that was quite obvious

Wasn't obvious to everyone, apparently

what with the discussions of hoarding. :-)

In other Lexington news

Rte. 128 could get western hemisphere's first noise barrier that doubles as a solar-power generator
Not much left to put out on Rte. 2 at 128
Boston Apartment Availability Percentage Spikes in Key Neighborhoods - Reveals Ominous Trend
Hopefully there aren't 29 to 49 more of them out there
Patriots' Day 2020 has been cancelled
No Open Studios in Newton, Lexington, or Somerville this spring