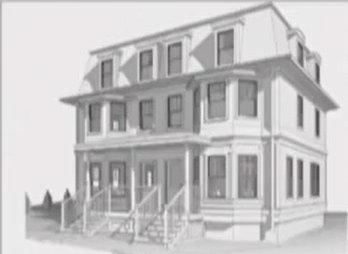 The Zoning Board of Appeal yesterday unanimously approved a developer's plan to put up two townhouses and a standalone house on vacant land now owned by the city on Waverly and Clifford streets in Roxbury.

The houses are part of an effort by the city Department of Neighborhood Development to use vacant land in the area for reduced-cost houses for residents who could not otherwise afford market-rate construction. The exact prices of the homes have yet to be set by builder PWN Development of Wrentham, but they will be geared at families making between 80% and 100% of the Boston area median income.

The houses will all have roughly 1,400 square feet of space, two bedrooms and 1 1/2 baths. Under the plan approved by the board, a lot at 58 Clifford St. will be turned into two lots to create two attached homes, while the 35 Waverly St. lot will have a single home built on it.

The Waverly Street lot needed board approval because the lot is 37.5 feet wide, rather than the 45-foot minimum required by the street's zoning. On Clifford Street, PWN needed permission to split the lot and to put new houses closer to the street than called for by the street's current zoning - and to match the setback of other houses on the street.

Aides to City Councilors Michael Flaherty and Erin Murphy (both at large) supported the proposal. Nobody spoke against. Nobody from the office of Councilor Tania Fernandes Anderson rose to speak on the proposal - the day before she introduced a proposed moratorium on the use of city land in Roxbury for new development without first letting the neighborhood discuss the disposition of the land, in an effort to, among other things, increase the amount of affordable home-ownership opportunities for residents.

Nobody spoke against the proposal.

Apparently there is already too much affordable housing in this area. They should put a couple of two million dollar single family houses there. Apparently that's what the councilors are asking for.

She was actually asking for just this sort of thing

More affordable houses and condos, not more rental apartments. But also with neighborhood say on what vacant lots are turned into before the city selects developers.

I have to admit, though: I went back to the video of yesterday's zoning hearings not for this, but for a couple of other proposals I missed. But when I saw this on the agenda trying to find the other things, yeah, it kind of stuck out after the council meeting today.

An architectural firm that gets it. That rendering by Zephyr Architects will fit right into that neighborhood.

Glad to see building on these "prairies"

Old enough to remember the conflagration of homes in Roxbury/Dorchester in the 60s and 70s.

For awhile it looked like you could take up farming in sections of those neighborhoods.

As with all aspects of Boston life, George V. Higgins wrote a novel: The Rat on Fire

Police: Kid from Lawrence came down to Roxbury to sell some drugs
Mattapan man charged with shooting off his gun on Wayne Street in Roxbury
Visualizing some of the Boston area's Black neighborhoods - in textiles
Man arrested in New York City for April murder on Wyoming Street in Roxbury
So a guy drives to Madison Park High School with two guns in a locked bag in his car and the guns get stolen
Chompy table-flipper sought for attack in Grove Hall restaurant