Man sliced in the forehead in Central Square attack

Cambridge Police report a man suffered knife injuries not considered life threatening on Temple Street early this morning and that a suspect was arrested not long after.

Cambridge Day reports the Cambridge License Commission holds a hearing Wednesday on a request by a potential new owner of the Cantab to re-open the Central Square club. It closed last spring; you can guess why.

Cambridge Police report that John Bubier, whose croaky "spare change" pleas are familiar to anybody who's spent time in Downtown Crossing over the years, was arrested in Central Square last night on a warrant charging he failed to register with local authorities as a convicted sex offender. Read more.

Transit Police report they are looking for four people who have now twice made off with the new arm rests/dividers on benches at the Red Line station in Central Square - the ones that some say are really a hostile act against the homeless. Read more.

If a city takes your property, it has to pay you for it right away, even if you sue to get the land back, court rules

The Supreme Judicial Court ruled today that Cambridge has to pay the owner of a long abandoned and boarded-up apartment building $3.7 million even as he continues to fight to get the property back, under a state eminent-domain law drafted with the acknowledgement of the "sudden and heavy financial burdens" such land takings can have on property owners. Read more.

Cambridge Day reports on the stabbing last night; suspect was arrested not long after.

Kinsale and Asgard to re-open in the spring

Boston Restaurant Talk reports the group that owns the Kinsale across from Boston City Hall and the Asgard in Central Square have reached a deal with their landlords to re-open the two bars in the spring.

Central Square pub shuts down; owned by same group as the Kinsale

Boston Restaurant Talk reports the Asgard in Central Square has closed. It's owned by the same group as the Kinsale Irish Pub in Government Center, which is also now closed.

He said he’s sad to see the end, but wouldn’t do anything else because he wouldn’t dream of putting anyone in danger.

Cambridge Day reports on plans for a pop-up to be called Starlight Square that will, among other things, let local performance spaces hold outdoor performances now that their indoor facilities are shut due to Covid-19.

Some 2,000 march down Mass. Ave. in Cambridge to demand more police defunding

A pandemic or no, Red Line train wouldn't go

A dead inbound train at Central gummed up the Red Line for awhile this morning, but the T assures us they've taken it to that place where all dead Red Line trains go.

Florist goes out to do a good deed, but can't, because somebody smashed his van's window 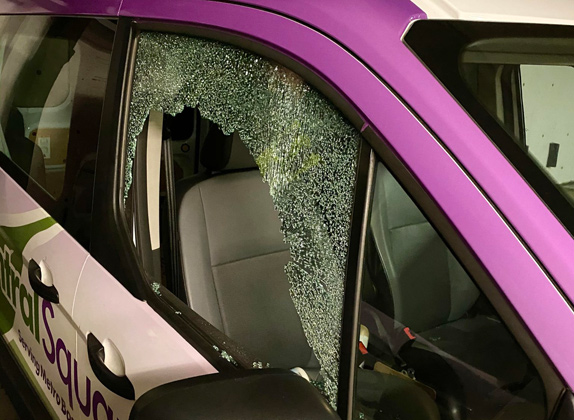 Let a thousand flowers bloom - and then die, because florists aren't allowed to deliver them

Florists are not "essential" businesses allowed to stay open to the public under the current state of emergency. But what about floral delivery, with orders taken online or by phone? David Levine of Central Square Florist in Cambridge reports that, in the consideration of the Cambridge city solicitor, the answer is no, because flower deliveries aren't "essential," either.

Cambridge Mayor Sumbul Siddiqui and City Manager Louis. DePasquale announced today they're signing contracts with several restaurants in Harvard and Central squares to cook meals for the city's homeless population, at a time when local homeless shelters are having trouble with staffing for their own kitchens. Read more.

Cambridge Police report arresting a homeless man after, they say, he began "behaving oddly and spreading a considerable amount of a white-looking powder substance over a table" at a Central Square fast-food outlet around 10 a.m. on Friday. Read more.

Middle East up for sale

Cambridge Day reports the owner of the Middle East complex in Central Square has put the complex up for sale - but that he hopes whoever buys it will keep the nightclub open.

Red Line service is essential? Tell it to the dead train at Central

The MBTA reports inbound delays of up to 10 minutes due to a dead train that has to be shoved out of the way at Central. Yael reports from Harvard that people are being told the problem is "debris" on the tracks at Central, which doesn't seem like a nice way to refer to one of the Red Line's old warhorses, unless maybe it didn't just die, but dropped some parts, too.

Some track work at Central stopped trains but was essential 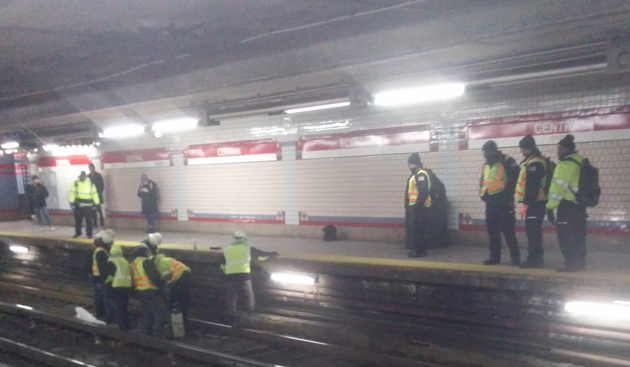 Lm3r reported from Central Square around 9:20 a.m. that several MBTA workers were down on the tracks, apparently installing a new metal thingee that connects one of the rails to the ties - about the same time the T was reporting Red Line delays of up to ten minutes due to track work at Central. Read more.

Last Au Bon Pain in Cambridge, the city where the chain was born, closes forever on Tuesday

Cambridge Day reports on the end of the Central Square Au Bon Pain, four years after the one in Harvard Square closed.