It's Disaster Month in Roslindale 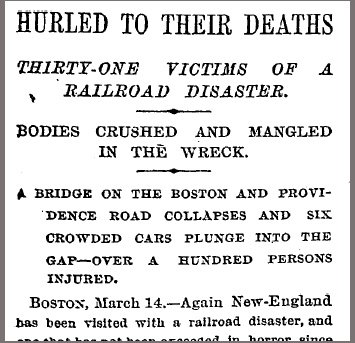 The Roslindale Historical Society and Roslindale Village Main Street are sponsoring a month of events around the 125th anniversary of the Bussey Bridge disaster. It starts Saturday with "drop-in train-related art activities for kids" at the library and tours of the long-shuttered Roslindale Square trolley substation (fans of urban exploring: you need to go) and includes a panel discussion about the diaster and train-related movies.

Besides leading to national changes in how railroads maintained bridges, the wreck led to a growth spurt in Roslindale - many of the sightseers who came from miles around to look at the wreckage (and try to sneak away some of the debris as souvenirs) liked what they saw of the surrounding countryside and decided to move there.

March 14, 1887 was your basic dreary March day. Commuters bound for Boston boarded the nine-car train at Dedham (where the Dedham Square parking lot is today). More got on at stops in West Roxbury. By the time the train left Roslindale, the only seats left were in the smoker car at the end.

Already seven minutes behind schedule as he pulled out of Roslindale, engineer Walter White got the train up to 30 m.p.h. as he approached what many still called "Tin Bridge," even though the tin-covered wooden span across South Street had been replaced a few years earlier by an iron bridge, a bridge that crossed the road about 40 feet up at a sharp angle to satisfy Harvard University, which didn't want construction to disturb any of the trees on the Bussey woods it had newly acquired (today we know the land as the Arnold Arboretum).

The locomotive got across the bridge, which was rated for 12 m.p.h., OK, as did the first couple of cars. And then, White reported, he felt a sharp jolt. From a Yankee Magazine account:

Immediately he looked back and saw the first car off the track, careening drunkenly behind him. His blood ran cold as he watched the second, third, and fourth cars dancing insanely, trailed by an ugly cloud of smoke and dust where five more cars loaded with passengers should be crossing the bridge,

Instinctively he knew that his train, save the first three or four cars, had gone through the bridge. In the seconds it took for the awesome spectacle to unfold, White's hands pulled the reversing lever - the fastest way to bring the Torrey to a halt. By now the force of the writhing cars and their human cargo had snapped the coupling at the tender and the Torrey was free.

White immediately blew the train whistle as a cry for help. And then he sped towards Forest Hills, whistle shrieking, to summon more help. In a detailed (and very graphic) account, the Times reports:

The first man to reach the wreck was J.H. Lannon, a fish dealer. He was driving [his horse-drawn wagon] up from Forest Hills toward the scene of the disaster when the engine of the wrecked train came down the track whistling wildly. The locomotive slowed down at the Forest Hills crossing and Lannon stopped his team, shouting to the engineer:

"My train has gone through Tin Bridge! Telegraph to Boston!" was the reply.

Lannon ran to the station with the message, which was quickly flashed over the wires. Then he hastened back to his team, and drove up the road to the wreck. When he reached it, cries and groans were coming from all parts of the awful heap.

What he and a rapidly growing number of policemen, firefighters, railroad employees, nearby residents and doctors - the railroad organized a special train to bring doctors out from Park Square - was a horrifying scene of decapitated and mangled bodies, of people trapped inches from lit pot-belly stoves, blood and limbs scattered among the remains of the train cars. Many of the dead and injured were taken to their homes nearby - half the victims were from Roslindale. Soon, the sightseers arrived to gawk at the devastation. Police had to put ropes along the embankment to keep people from falling in - and taking souvenirs. A Roslindale Historical Society account features an interview with the son of one of those gawkers:

At that time my father and grandfather lived in South Boston. My grandfather was a builder in Boston, who had built part of the Old Boston City Hall. He and my father walked out from South Boston to Roslindale in order to see the disaster. And when they got there, they looked around, and my grandfather said, "Son, this looks like a beautiful country." He said, "I'd like to live around here. Maybe we ought to move out here." Subsequently, they came to Roslindale, and he built his home. The wreck brought a great many people."

The state Board of Railroad Commissioners, which began hearings the very next day, concluded that while White had been going too fast, the real problem was that a poorly constructed and maintained bridge basically failed. The company hired to build the bridge turned out not to exist - it was a fiction dreamed up by one guy to win the contract. The railroad did a lousy job of supervising his work and inspecting the span, and the board concluded that even if the bridge had not given way that day, something else might have soon led to a similar disaster. As the Globe reported:

MANY DEFECTS
Found in the Ill-Starred
Bussey Bridge.

Bad in Contract and
Bad in Make,
Bad in Testing and Very Bad
in General

The disaster led to closer inspections of bridges across the country - and new requirements that only certified engineers be allowed to conduct those inspections.

In Rosalindale, the bridge was replaced not with another iron span, but with a massive stone and cement structure that today seems oddly out of place the first time you drive down Archdale Road (named in part for the bridge) or South Street: 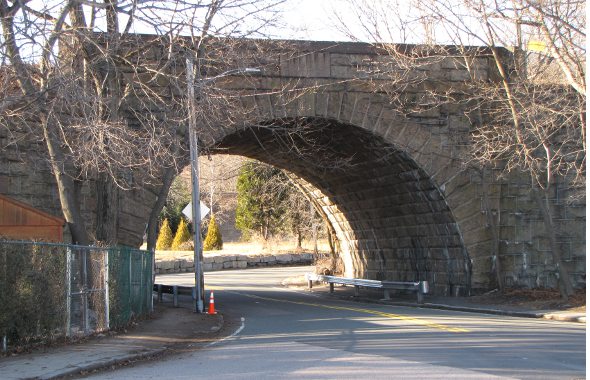 On the Archdale side of the bridge is a plaque near the top commemorating the disaster. A few blocks closer to Forest Hills, behind the Puritan Ice Cream building, sits another relic of that day - a smaller stone bridge that White drove his train over as he raced to Forest Hills for help (the small boarded-up building is actually an old blacksmith's shop): 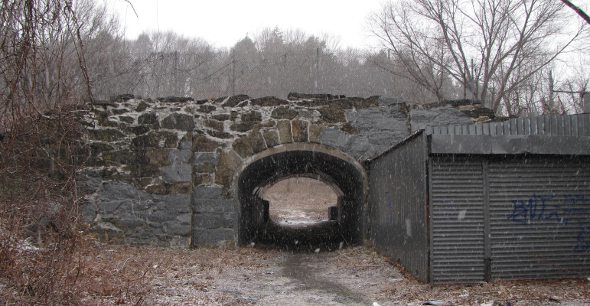 I remember walking under this bridge

It does stand out. I didn't see the plaque though, had no idea.

Thanks for the interesting story, Adam.

In the picture above, taken from the Archdale side ...

It's behind the tree on the left. You'll need to crane your neck a bit, it's pretty close to the top of the bridge.

Photo of the plaque

the article notwhitey links to below lists the names of the deceased and for some ages and occupations. I count 37 on that list - perhaps as an early account several were later accounted for alive (sounds like it was quite a mess of bodies) or perhaps it was indeed 37 at the writing and one died later. I wonder where they got the source of 23 killed.

Another good account and some of the investigative findings in this article (some of this sounds eerily familiar re. the Big Dig) -

Is the little bridge....

... the one that seemed to have people living under it (a few years ago) -- or was that some other bridge next to the Arboretum?

These two are the only access tunnels between Washington street and the Arboretum. The smaller one is at the end of Arboretum rd.

I see what you did there.

Ooh, I wish I could take credit for that

But I basically just copied and pasted from the Main Street page. I didn't even notice that!

I was actually logging in to say that a "drop-in" art activity seems like an unfortunate adjective choice for an event commemorating a collapsed bridge that train cars full of people fell off of. Maybe we're all just morbid.

Adam You Are On

Fire.. well done, between the Tollgate Bridge article and now this.. Very interesting reading this week at UHub.

the guy's name was Walter White? 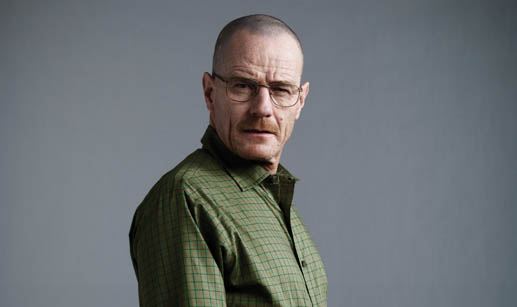 Any chance Walter St. was

Any chance Walter St. was named for him?

Rev. Walter was the first

Rev. Walter was the first pastor of the first church in the area.

Jamaica Plain Historical Society has the full Boston Globe article from the next day, including some great prints from the scene.

Both because of the subject and the style. In the interviews, I don't believe anybody ever actually talked like that, but I'm really intrigued by how journalistic writing has changed.

I actually live on it. What part of the train incident gave way to the name Archdale? And what else resulted in its name?

Archdale wasn't around then, I don't think

Ward Maps, which sells all kinds of interesting stuff, also has a map browser that lets you zoom around the maps they have, such as this 1875 Roslindale map, which shows no road where Archdale is now and which seems to indicate that South Street was re-aligned as part of the construction of the new bridge to allow for a 90-degree crossing by the bridge (compare to this 1891 map, which also shows no Archdale, but which shows the current 90-ish degree turn of South Street before and after the bridge).

According to Wikipedia, the word Dale refers to a valley or a type of stone that is used for paving (flagstone or the like)and an arch probably refers to the bridge.

I think we have this mystery about wrapped up.

I have been interested in this piece of history when I first moved to Roslindale over four years ago. This, and the piece on Tollgate Cemetery, have been great additions to the page lately. Thank you!

Any details on the tours of

Any details on the tours of the substation? I've been looking around online and can't seem to find any mention of upcoming tours, only photos of past excursions.

Unfortunately, you missed it

They were this past Saturday.

CARP Even still, there SHOULD

Even still, there SHOULD be some archived posts from whatever groups advertised it that I still should have come across. I found no trace.

Portents of rain
Judge reduces life sentence for man convicted of building a bomb that blew up a cop in Roslindale
Citizen complaint of the day: Bongo drums at 3 a.m. in Roslindale
Not just Franklin Park: Residents complain of loud parties featuring car-speaker wars along American Legion Highway
Advocates look to new state environmental law to help keep cliff, woods from being dynamited for suburban-style apartments on Hyde Park/Roslindale line
Early morning burglary attempt leaves Roslindale store employee knocked out, but would-be robbers get away with nothing after passing motorist intervenes