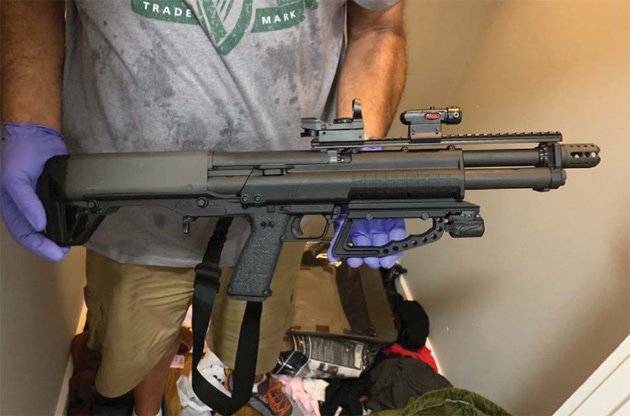 A Mexican woman faces a minimum of five years in federal prison after pleading guilty to working with her son to sell two kilos of cocaine in East Boston's Maverick Square to a buyer who turned out to be working for the feds, the US Attorney's office reports.

Ana Guadalupe Acosta Grajeda, 58, pleaded guilty on Thursday in US District Court in Boston to one count of possession with intent to distribute 500 grams or more of cocaine. She will be sentenced Jan. 14.

Her son, Carlos Acosta Estrella, still faces charges in connection with the sale on Sumner Street on Sept. 11, 2019.

According to an affidavit by a DEA agent on the case, the investigation into the mother and son began after the DEA's Houston office passed word one of its informants had been contacted by a Mexican wholesaler in Boston with four kilos - nearly nine pounds - of cocaine to sell, at $29,250 a kilo. Local agents then had one of their own informants - himself a convicted drug dealer - call the wholesaler's number and seek to buy the cocaine.

The contact worked and the informant and Acosta Estrella agreed to meet him at a restaurant on Sumner Street in Maverick Square, the affidavit states.

DEA supplied him with $118,000 in "sham DEA currency" wrapped in green cellophane and surveilled him as he went to the restaurant. But the two Acostas didn't go in. Instead the informant spotted them on the street outside, left the restaurant and they got into his car, where the son said he only had two kilos to sell. After some back and forth, the informant handed over $60,000 in fake money and the son handed over the cocaine, according to the affidavit.

After the sale, the agents moved in, spotting the son on the stairs up to the apartments above the restaurant. Son tried to flee, but didn't get far; mom was arrested in the apartment. After obtaining a search warrant, agents found a kilo of cocaine, a kilo of gray material believed to be fentanyl, numerous phones and "a high-powered tactical shotgun with a laser sight."

Wow, that sounds so scary.

Wow, that sounds so scary. So, what exactly is a a high-powered tactical shotgun?

from the picture, my guesses would be a french green beret g.i.g.n. sub-aquatic machine pistol; or, a steyr auger ?

A tactical shotgun has narrower sights

than a strategic shotgun.

Tactical shotguns have shorter barrels (for maneuverability indoors), usually semi-auto or pump reload (this is a pump), load quite a few shells (this only holds like 6 or 7), stocks for recoil control, and usually have improved sights (in this case they've put a custom rail on top with what looks like a holo and a laser sight). They've also put a guard on the action and a choke on the muzzle (or maybe just the adapter?).

High-powered is relative and would depend mostly on the shells used. It's certainly higher power than a handgun for example.

This is a well-modified KelTec KS7. You don't go deer hunting with it.