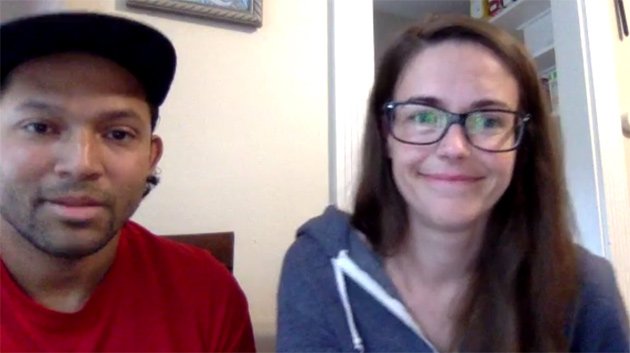 The Boston Licensing Board could decide tomorrow whether La Casa Del Pandebono, at 271 Meridian St. in East Boston, can start serving beer and wine with its pastries and Colombian and Central American foods.

Owner Manuel Fernando Rosas had applied for a beer-and-wine license earlier this year, but the board ruled it could not accept his request because he is not a US citizen as required by the state liquor-licensing law.

At a hearing today, his attorney, Scott Holmes, said Rosas's wife, Erin, who is a US citizen, would now be the designated manager of the bakery. Erin Rosas, he said, has the required background in food and alcohol serving to act as manager, he said, adding that Erin Rosas was added as a manager of the LLC that owns the bakery; initially just her husband was listed.

At the initial hearing on the proposal in June, Holmes said Rosas immigrated from El Salvador and managed to work his way up through the local restaurant business, sometimes working two jobs, to try to support his family, which now includes two sons, in addition to his wife and sister. Among the restaurants where he worked: Durgin-Park and Oceannaire.

Then, just as Rosas was getting his own bakery off the ground, the pandemic struck.

"Nobody was coming in and they were still banking," Holmes, who said he has long known Rosas and who choked up during the hearing, said.. "They were open until 10 p.m., some days I was only person in the store."

Holmes said the added income from beer and wine sales would help the bakery thrive. He added it would meet a public need "because every other place [nearby] is a bar that serves food, and this is a restaurant that wants to serve beer and wine."

Holmes added that in addition to nearly cratering their bakery, the pandemic also dramatically slowed Rosas's efforts to convert his Green Card into US citizenship.

If the board agrees to grant a license, it will also have to see if it has any to dole out; otherwise, the Rosas would have to go onto the open market to buy one, which, due to scarcity caused by a state limit on the number of Boston licenses, could cost in the mid-to-high five figures.

Green card holders can't get liquor licenses? How does that make any sense? How old is this law?

They'd probably take the license and bring it back to their home country so they could open a bar there without having to pay American wages. That's how immigrants steal jobs.

Relic of another age

I'm just assuming that the rule that one must be a U.S. citizen to hold a liquor license came about after 1847, though probably later in the 19th century. If there's two groups of people one cannot trust, it's papists and Fenians.

Too many of the children of those folks love to keep those archaic rules now that they are the ones in charge.

I would argue that your ilk are the children of those who made these rules, and judging by how you suburbanites view my city, you also enjoy that they are still on the books.

And there's a lot of tea in China, too

But what the head of the redistricting committee has to do with latent prejudice on the part of some of the posters at this website needs to be drawn out a bit.

There are many, many currently entrenched players who would have been specifically disenfranchised back in the day.

Moran is both an Irish American (by name at least) who is also a very active leader in blocking Boston from having self-determination over lots of stuff, especially liquor licensing. They are not at all related of course.

I applaud these people who

I applaud these people who obviously work hard and are trying to do the right thing.

MS-13 member whose beef with another student in an East Boston High School hallway may have led to the boy's brutal murder is sentenced to ten years in prison
East Boston lettuce grower hopes to turn over a new leaf in some of his Condor Street shipping-container farms
Bridgetenders fired for raising Chelsea Street Bridge with car still on it
Man shot, critically injured in Orient Heights
Oh, hey, those flashing lights at the Chelsea Street Bridge really mean something
Edwards to stay a city councilor until April 30