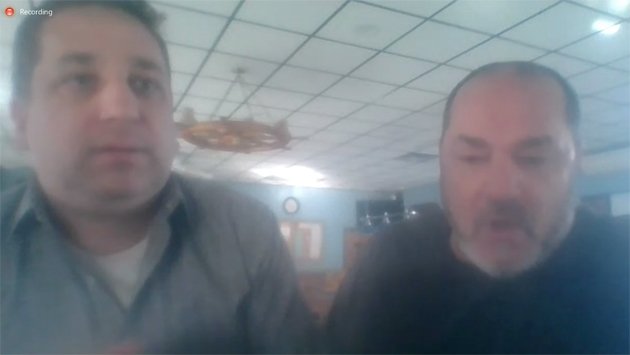 The Boston Licensing Board could decide tomorrow whether to let members of the Jeffries Yacht Club in East Boston relax after a hard weekend sail with a cold bottle of beer or mixed drink.

At a hearing today, the club, at the very end of Jeffries Point just across from the airport, formally asked for a "club" license, which it said it would likely only use a few hours a week, on weekends.

Club attorney Andrew Upton tried to disabuse the board of any notions that the club caters to the sort of swells who might go on three-hour tour, a three-hour tour.

"I don't want anyone to get the idea that anyone like Thurston Howell III are members," he said.

"There really are no yachts at this yacht club," he continued. Instead, its old salt of the earth members take out their sailboats and other small vessels for a day on the water, before returning to port.

"As far as I know, they have not had any problems over their past 150 years of existence," he said, allowing that, perhaps, "in the old days, [members] may have relaxed and unwound at the club with beverages that are not necessarily compliant with modern-day alcohol laws."

He said the public need - a requirement for any liquor license in Boston - is that there is nothing like the club anywhere else in the immediate vicinity.

He added that "this club does not create noise or rowdiness," in fact, the club is a valued part of the community whose application has the support of the Jeffries Point Neighborhood Association.

Club member Douglas Babcock told the board that the sort of vibe created by club members is one of the reasons he decided to move to East Boston. He said members are "friendly people, regular people who all live in the neighborhood" and who give back in all sorts of ways to the community, for example, through the Eastie Elves.

He added that, at 42, he said, he's one of the younger members: "There's no rowdiness, we're all adults here."

Was Thurston Howell and the

Was Thurston Howell and the yachtmen known for being rawdy types? Seems like an odd thing to stay focused on when trying to convince people of how quiet you are...

once, you’ve been to a few Eastie community meetings, as I’m sure the applicants have, it’s pretty easy to figure out the “long time residents” and “voices of the community” are pretty much opposed to any millionaires in the neighborhood. Excepting, of course, the millionaires they keep selling their houses to.

The yacht club in New York City is the oldest on the east coast and oldest in the USA.

If they won't admit Thurston Howell III, will they admit Magoo?

You’ve given me hope that he’ll get lost in a gale far from internet access.

hope they kept their drink glasses cleaner than their webcam!

Mister Babcock, a lawyer himself, no longer resides in East Boston, and hasn't since before the pandemic hit.

I loathe this shit

Yes, before you're allowed to open a business, you need to prove to some government bureaucracy that there is a public need for that business to exist.

If only there were some other way to figure that out, If only we had some sort of economic system in which you could assess the need for a particular business to exist by, say, letting someone open said business with their own money and seeing if the public chooses to spend money there. That would be awesome.

N.B., I'm not in principle opposed to regulation of business in any way: I'm fine with saying you can't build a garbage depot or a metal smelter in the middle of a residential neighborhood. I'm fine with limiting the impact that a loud, busy nightclub has on its neighbors at 4AM. But damn, this "prove there's a need" bullshit in our laws just frosts me every time I see it.

If you read the literature from the pre World War I era, you’ll see why there is a public need clause. Better than making the club buy one of the limited number of full licenses, no?

Old school "workingman's yacht clubs" can be awesome. Sadly, they're kind of going out of style, in part because the economic era in which their target membership could afford boats and had the leisure to enjoy them is kinda gone. Sure, the blue-blazer New York Yacht Club types organize the Bermuda Race and other marquee events, but in terms of advancing the sport by getting ordinary people out on the water to have fun, they can't be beat. I've spent a fair bit of time around them... it's always amusing for visitors to discover that the four similar-looking scruffy guys at the end of the bar are a welder, a college professor, a biotech scientist, and a masonry contractor.

Don't forget all of the upside.

I'm with you, Bob

I belonged to one years ago when I lived closer to the water. We had a teeny building, but it was on the harbor and we had a dock. People knew their shit. If you had a problem with your boat, next thing you knew, a bunch of guys (yes, all guys) were crawling all over it trying to diagnose it. There were a lot of self-sufficient sailors that could take their boat apart and put it back together again. Good stuff.

Two guys were tooling around East Boston with two guns loaded with a total of 28 rounds; nabbed because their car's window tinting was too dark, police say
This storm was not messing around
On Boston's smallest subway line, the maintenance delays are a bit shorter than a month
East Boston blinks out
Three-family in East Boston evacuated after exterior wall partially collapses
Donation drive started for families burned out of homes on Princeton Street in East Boston