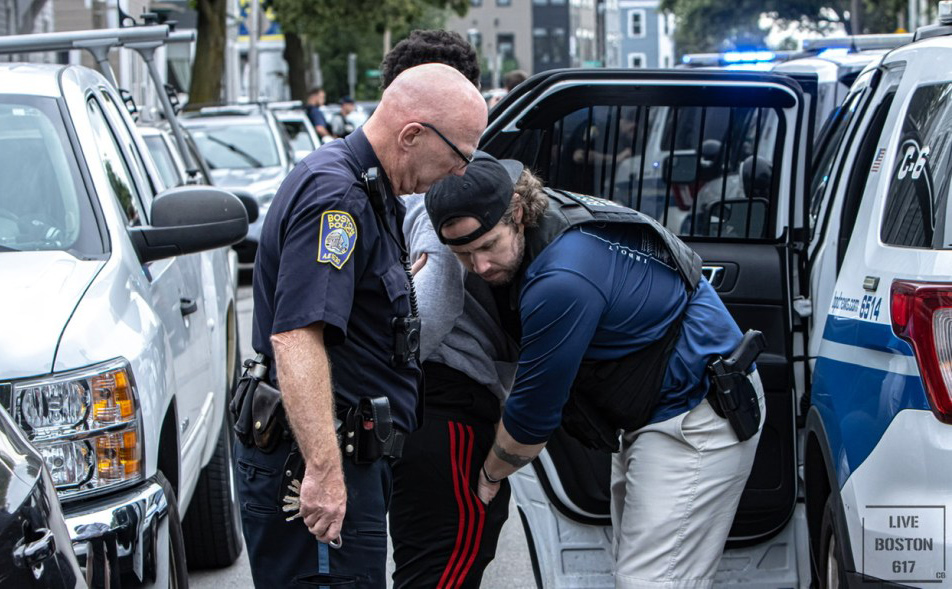 Boston Police report arresting two men for an incident that left a parking lot on C Street littered with spent shells and at least three cars damaged by gunfire.

Police report that shortly after 5 p.m., somebody flagged down an officer in a cruiser on B Street to report gunfire in the West Broadway development. At C Street, police say, the officer found spent shells in the middle of the street.

Witnesses gave police a description of a fleeing car, which other officers soon spotted on Wendeller Street, off Devine Way in Andrew Square.

Officers approached the vehicle and ordered the driver to take the keys out of the ignition and place them onto the dashboard of the vehicle to which the operator, Mr. Jadhen Rousseau complied. Officers removed Mr. Rousseau and the passenger, Mr. Mohamadou Bah from the vehicle, at which point the passenger began to reach in the area between the passenger seat and gear shift. Officers instructed the passenger not to reach for anything inside the vehicle. Upon frisking the vehicle, officers discovered multiple firearms under the center shifter panel. ...

Officers also recovered multiple bags of green vegetable like matter believed to be marijuana consistent with street level packaging and a box of sandwich bags and loose sandwich bags.

Bah, 19, of Roxbury, and Rosseau, 18, of South Boston, were charged with unlawful possession of a firearm and possession of a Class D drug with intent to distribute, police say.

I was born down on D Street

Shot up on C Street
Southie is my hometown.