Man charged with punching two Asian-American women in the face in Boston; was already locked up for attack on elderly woman in Cambridge 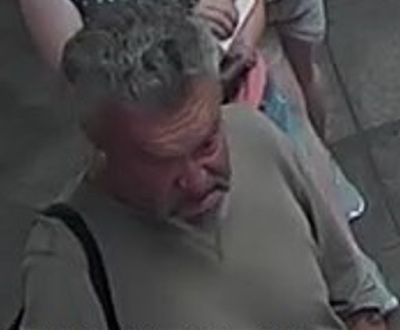 A Cambridge man is being held in lieu of $5,000 bail following his arraignment last month that he went up to an Asian-American woman in Chinatown and punched her in the face last April 2 and then about two hours later punched out another Asian-American woman downtown, the Suffolk County District Attorney's office reports.

Alexandr Ivanenko, 53, was arrested on June 14, the day after he allegedly grabbed a 67-year-old woman by the neck at the Alewife Red Line station, threw her to the ground and then walked away. He was charged with aggravated assault and has been held in lieu of bail since.

Ivanenko approached the two victims, unknown to him, hours apart on April 2 and punched both in the face. The first attack occurred at about 1:14 p.m. as the victim, an elderly Asian-American woman, was walking near Marginal Street in Chinatown. The victim told police a man punched her and then fled. The second attack, also on an Asian-American woman, took place at about 3:24 p.m. in Downtown Crossing. The victim told police she was punched by a man who then fled.

Was there bail the first time?

I understand the main purpose of bail is to ensure the appearance at court, but taking a dangerous person off the street is a nice bonus.

Seems like a lot of violence against women in the news lately, makes me sad and nervous for my loved ones.

I know, right? But, the bruises and psychological trauma inflicted upon the victims are certain… not presumed or pending. Pain and suffering don’t just ‘pause’ for violent offenders’ legal proceedings to slowly progress.

There is also the issue of

There is also the issue of "likelihood of conviction" and "danger to the community." All are factors weighed at bail hearings.

Apologies if I made it confusing, but he was locked up in lieu of bail on the Cambridge charge (in June) when arrested on the Boston charges (in December).

The Boston attacks happened first, in April, but he got arrested on the Cambridge charge first.

So if he punched

An elderly lady already, the race of his victims this time probably isn’t relevant. He’s just an all around a hole.

Yes, it is relevant

Bias crimes have their own penalties above simple A&B.

Can intent be proven?

I mean, at best this guy has mental health issues, but in any event he does appear to be the kind of guy that would randomly sucker punch a woman without regard to race or national origin.

Punches someone else of another race it’s an automatic hate crime.

If somebody punches two people of the same race (and gender) in the face in separate incidents a couple hours apart, yes, it could be a civil-rights issue.

my previous comment was ok, but not worth repeating. I blame it on software. I find this excuse to be broadly applicable.

Serious problem which needs immediate attention. So many violent unstable people. What do u do? The wealth is out there. The government has the funds. We will see more of guys like this one each day or be in the presence of these individuals and not even know it.