The Board of Appeals voted yesterday to let a developer proceed with plans to replace two bow-fronted buildings on Maverick Street with a new retail building, after determining a Landmarks Commission moratorium was based on a possibly flawed process. Read more.

A four-story residential building at 4 Winthrop St. is going to need some major repairs before it even is ready for occupancy, Greater Boston Radio reports. Read more.

A Blue Line train died at Maverick Square, but the MBTA says it's been disposed of and now everything's hunky dory.

The Boston Preservation Alliance reports the Boston Landmark Commission tonight ordered a developer to hold off on tearing down two adjacent townhouses on Maverick Street built in the 1870s, for at least two years. Read more. 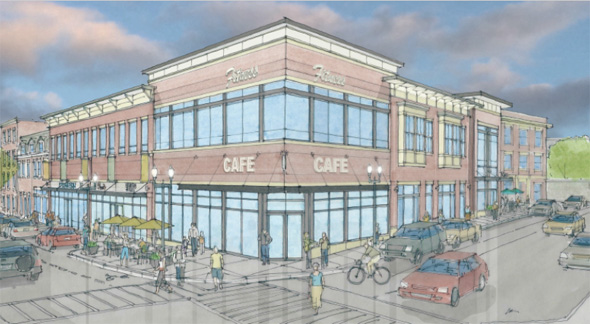 A developer has proposed tearing down the old Rapino Memorial Home and two adjoining, and equally vacant, buildings on Chelsea Street at Maverick Street to make way for a two-story retail building. Read more.

A man who didn't want to pay his $60.46 bar bill at Taco Mex in Maverick Square last month sent a BPD officer to Mass. General after biting him in the arm, police say. Read more.

Citizen complaint of the day: Ruckus-raising raccoons in East Boston

A concerned citizen files a 311 complaint:

There are at least 2 raccoons living in the condemned building at the corner of Maverick and Orleans. They are creating quite a ruckus in the early morning hours. This is on the back side of the building.

Car flips out in Maverick Square

There are problems at Maverick with power, Blue Line riders feeling pretty dour 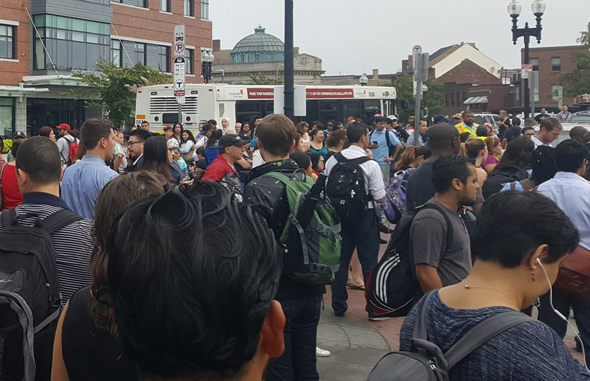 UPDATE: Trains began running again around 9:20, but with the ever popular residual delays.

Tim Lawrence is among the people who showed up at Maverick Square this morning figuring they'd get downtown pretty quickly. But that was before the Blue Line developed what the T calls "a power problem" and now there are the dreaded "severe" delays. Read more. 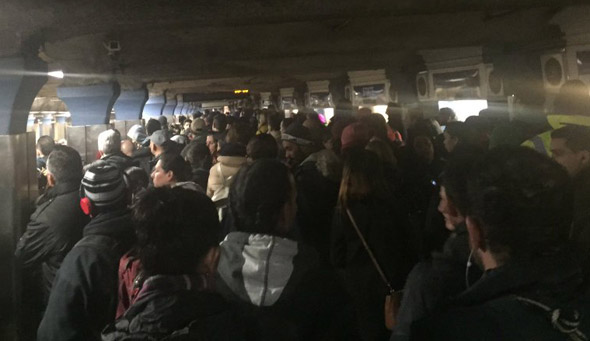 Jordan Frias found himself in a rush-hour-like crowd at State Street around 10 p.m., 15 minutes or so after a train switched to the Pearly Gates track at Maverick.

Transit Police report they have obtained a search warrant for the arrest of Rogelio Alvarado, 21, for last week's double shooting at the Maverick Blue Line station.

Alvarado faces charges of armed assault with intent to murder and assault and battery with a dangerous weapon, as well as a number of firearms violations, police say. Read more.

UPDATE, 4:19 p.m. The Blue Line has resumed service through Maverick and Maverick Square has been re-opened to traffic.

Maverick Square is shut down as Transit and Boston Police investigate a double shooting inside the Blue Line station around 2:30 p.m.

One witness reports it happened on a train.

Buses are running instead of the Blue Line between Bowdoin and Airport. Congress Street downtown was shut between State and Washington due to congestion caused by all the buses.

The displaced of Maverick Square

The Dig reports on the residents of 173-177 Maverick St., whose new landlord upped their rent, did nothing when the water stopped and now has stopped paying for alternate housing for them after a rear wall collapsed.

Around 10:10 p.m. on Sumner Street near London - although the victim was found on Border.

The Boston Fire Department ordered residents out of the four-story building at 175 Maverick St. after a rear brick wall undergoing some work began to collapse around 3 p.m. A few minutes later, fire commanders decided to get residents of 177 Maverick to leave as well.

Workers getting off the last train at Maverick could have a place to get some tacos if the Boston Licensing Board approves a 2 a.m. closing time for Taqueria Cancun, 192 1/2 Sumner St.

But if the board votes Thursday to extend the restaurant's closing time from the current 11:30 p.m., owner Jose Torres will have issues with landlady Maria Salgado, who attended the board's hearing this morning with a lawyer to voice her opposition because of the potential impact on the residential tenants in the two floors above the restaurant. Read more. 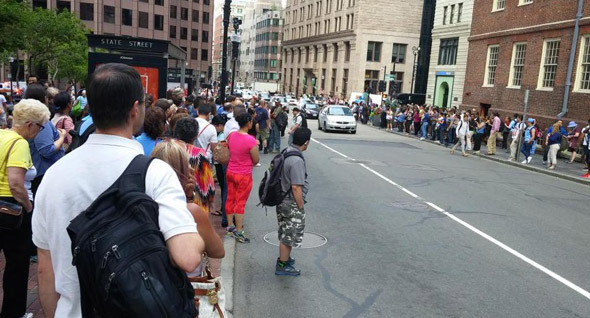 T workers turn into Waldo at State Street: Where are they? Photo by Mister AO.

The T says it's busing passengers between Bowdoin and Airport - except Bowdoin riders are supposed to catch the bus at Government Center - due to a bomb threat that shut Maverick station around 5:30 p.m.

Update: Around 6:48 p.m., Transit Police completed their sweep of the station and re-opened it for service. 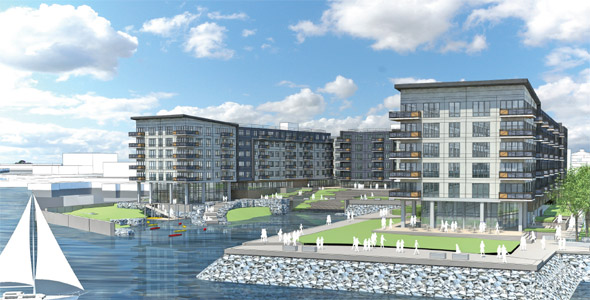 The BRA today approved a 492-unit apartment and condo project at Clippership Wharf in East Boston - some 25 years after the first proposal for the long vacant 12-acre parcel. Read more. 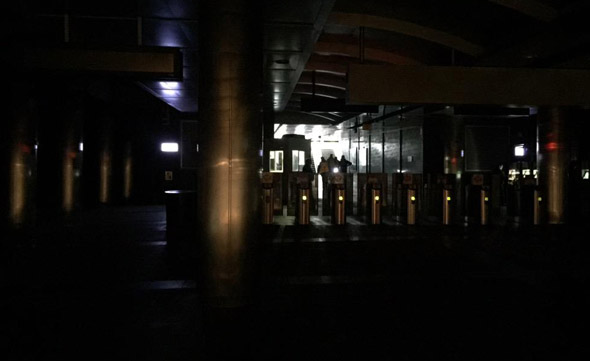 Alex Jafarzadeh shows us a darkened Maverick station on the Blue Line around 6 p.m.; reports trains were still running despite the lack of light.

Shortly after 5 p.m., riders began reporting issues on the other side of the harbor on the Blue Line.

The E Line, meanwhile, got shut between Northeastern and Heath due to a power problem.