Too easy, in fact. JMEightDigits reports from one of the new cars this morning: Read more.

The T's day starts with a thud: Orange Line train is a dud

The MBTA begins another round of weekend diversions on the Orange Line, starting at 8:45 tonight. The work means no service between Sullivan Square and Tufts Medical Center until Monday morning. On the plus side: No weekend fares to ride the line.

MBTA sign frenzy: T puts up signs that it promptly blocks with even newer signs 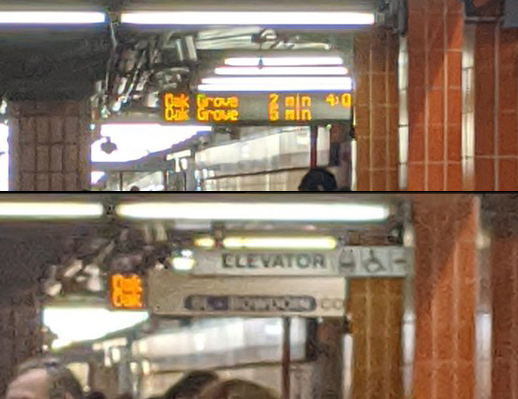 Finn provides a before and after at State Street on the Orange Line: A couple weeks ago, the T put up a new train-arrival board - which it then blocked today by putting a sign pointing the way to the Blue Line.

How dead was it? So dead the T had the train behind it push it out of the way. 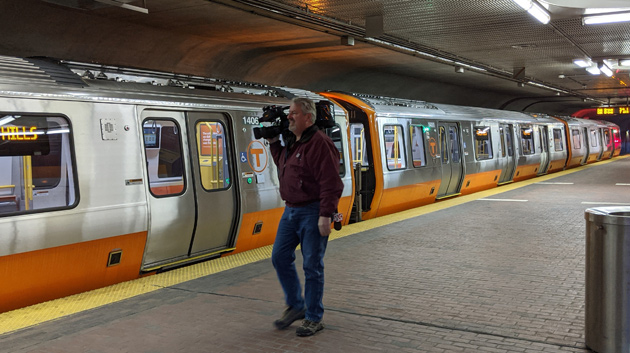 New train, with bonus cameraman, at Forest Hills this morning.

The MBTA reports it's figured out a fix for what was causing weird noises to emanate from the wheel area of the new Orange Line trains and so it's, very cautiously, putting one of them back into service today: Read more.

The MBTA reports Orange Line delays towards Forest Hills of up to ten minutes because of a train with door problems at State. Specifically, this train. 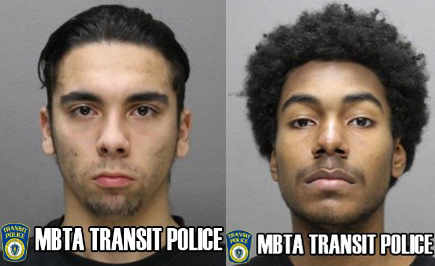 The Orange Line has delays of up to 15 minutes due to an inbound train with "an air pressure problem" at Haymarket.

Also, there's a dead Amtrak train at 128 gumming up service on the Providence Line.

Signal problems at Oak Grove will make you wish you drove

The MBTA is reporting Orange Line delays of up to ten minutes due to signal problems at the northern end of the line.

The T reported delays on the Orange Line this morning because of door problems on one train. Or as Avrom Sutzkever reported from the very train in question: Read more.

The MBTA says the Orange Line is all back to hunky dory after delays caused by a train with a mechanical problem (at least we know it wasn't one of the new trains, right?).

He left the reindeer parked near Green Street 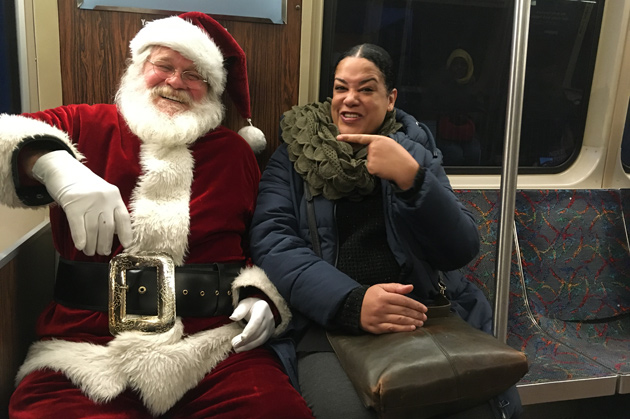 Roving UHub photographer Marilyn M. spotted the jolly old elf headed to JP on the Orange Line this evening after bouncing kids on his knee at the Downtown Crossing Macy's. 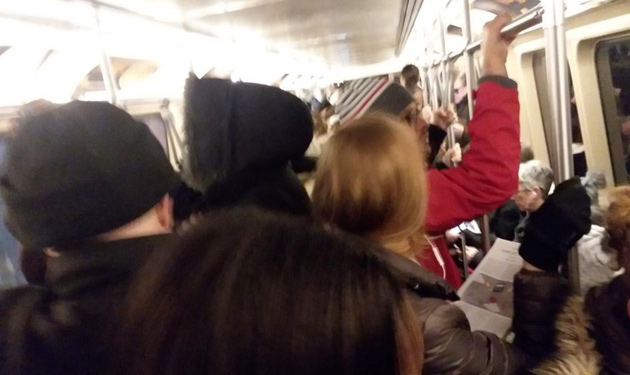 The MBTA is reporting Orange Line delays of up to ten minutes due to a train that left this mortal coil at Tufts.

Me, thinking about taking the #OrangeLine again to get home tonight. pic.twitter.com/y6Loxt5wh6

Anaridis Rodriguez at WBZ reports the "uncommon noise" is coming from pads on the cars' "trucks," which hold the wheels. Not a safety issue, but important to address, the GM says.

It isn't even snowing, so why's the Orange Line not going? 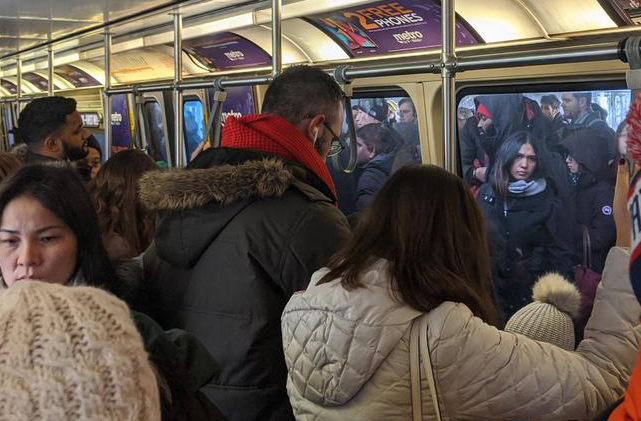 Another morning, another mess on the Orange Line. Finn reports from an inbound train at Malden Center: Read more.

T has to confess: Orange Line a mess

The MBTA, which first reported 15-minute delays on the Orange Line southbound, has now suspended all service entirely on the line between Haymarket and Tufts Medical Center - and telling riders who want to get anywhere between North Station and Copley Square to use the Green Line instead. Read more.