Grimm situation at the Globe resolved

John Carroll reports he could not believe his eyes the other day when the Globe replaced "Mother Goose and Grimm" with one of those depressing strips about 20somethings being depressing.

The Globe's Kevin Slane, though, reports the venerable strip is back today.

Mensch does a mitzvah at Channel 5 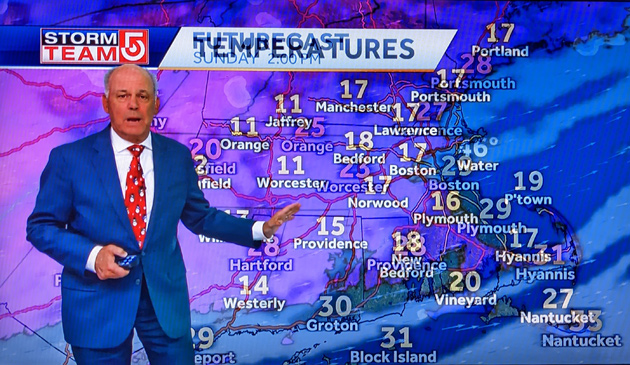 An old tradition among Jewish reporters is to take shifts on Christmas Eve and Christmas day so that their Christian co-workers can take the time off. Harvey Leonard came out of retirement tonight to give one of his former weather colleagues time off.

A videographer who was fired from his job working on WCVB's "Chronicle" show in 2021 for refusing Covid-19 shots has sued the station and the Massachusetts Department of Unemployment Assistance for his firing in November, 2021 and denial of unemployment benefits, saying the station refused his legitimate request for a religious exemption and that the state is also discriminating against him by refusing to pay him unemployment. Read more.

Newton to get second online news source next month, with two reporters who actually know the Garden City

The Newton Beacon, spearheaded by a group of people tired of non-coverage by Gannett's Newton non-site (the main story on which today is about restoration of an old house in Manomet), says it will begin publishing its first news items in mid-January - starting with coverage of three Proposition 2 1/2 overrides proposed by Mayor Ruthanne Fuller. Read more.

Channel 25 might go blank for Massachusetts Fios customers next week

Verizon just e-mailed its cable customers today that negotiations between it and Cox, which owns WFXT, on how much its cable service will pay to carry the station have reached a standstill and so there's a chance that when the current contract ends Dec. 15, customers will no longer be able to watch the station. Read more.

Citizen complaint of the day: Old news boxes never die, they just fill up with trash 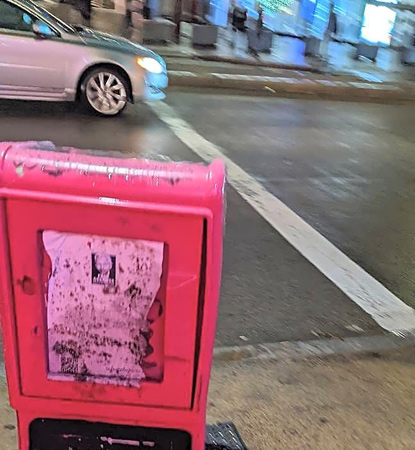 A concerned citizen files a 311 complaint about old news boxes on Dartmouth Street outside Back Bay station.

This gets filled up with trash and looks like trash. I think there are at least two of them outside Back Bay station. Would be great to throw out and would be very simple.

Boston radio personalities who blathered about how much a new Google phone improved their lives were lying because they didn't have the phones, state charges

Massachusetts today sued Google and iHeartMedia over 2019 ads on Boston radio stations by DJs and other on-air talent gushing about all the cool things they were able to do with their new Pixel 4 phones even though they didn't actually have the phones. Read more.

After 50 years in local news, Peter Kadzis to wind down a bit

Dan Kennedy provides an appreciation of the Dorchester-born Peter Kadzis, who is retiring from full-time work as politics editor at GBH in January, after a career that included a long run at the Boston Phoenix, where he mentored numerous reporters.

WBUR reports the Globe has named Nancy Barnes as its next editor, replacing Brian McGrory, who is retiring to the life of a gentleman journalism-department chair at BU.

Barnes comes from NPR, where she was senior vice president for news and editorial director, and which she left after NPR announced it would hire an even more senior exec to oversee her. She has extensive newspaper experience as well; she previously worked at the Minneapolis Star Tribune and the Houston Chronicle.

Former NBC Boston reporter sues for sex discrimination; says her downfall accelerated when another reporter who hated her objected to being seated near her in the newsroom

Karen Hensel, who worked as an investigative reporter at NBC Boston from its start in 2016 until she was fired n 2019, today filed a sex discrimination suit against the station, accusing it of firing her over her relationship with the police chief of a Worcester suburb when other newsroom employees were getting away with the same thing or worse, except they were men - and of ignoring an unending barrage of harassment by one of her fellow investigative reporters. Read more.

A federal judge ruled today that a law originally originally designed to protect people's VHS viewing habits might also apply to people looking at online videos and so tossed the Boston Globe's request he simply dismiss a California man's lawsuit over trackers on bostonglobe.com he claims were sending his video viewing habits to Facebook. Read more.

As word spread of the queen's death, a steady stream of well wishers bearing bouquets of flowers did not descend on the local British consulate 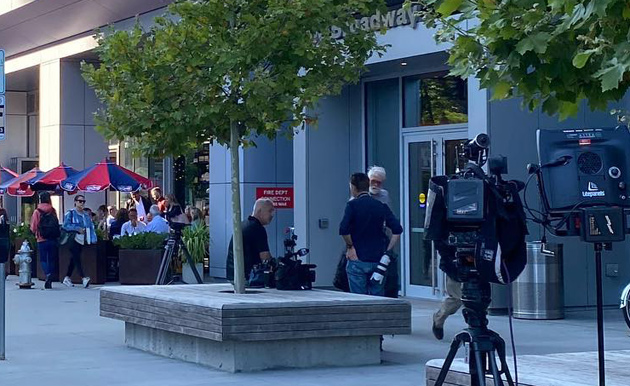 Chris Devers went to see the developing scene outside the British consulate at 1 Broadway in Kendall Square this afternoon - only to find some people eating at the cafe there and a number of Boston news photographers waiting around to see if someone, anyone, would show up to pay their respects.

Globe editor to move to BU

The Globe reports Editor Brian McGrory will step down after 10 years to become chairman of the journalism department at Boston University. He will also start writing a column for the Globe again.

Dan Kennedy has a copy of his memo to his staff.

WBZ reports that Bruce Schwoegler, who forecast the weather there for 33 years, has died at 80.

Schwoegler spent five straight days doing the weather during and after the Blizzard of '78, because the station's other weather people couldn't get to the station's studios on Soldiers Field Road.

Faced with court order, Everett newspaper to give up names of confidential sources in libel suit by mayor

The editor of the Everett Leader Herald has agreed to provide Mayor Carlo DeMaria with the names and contact info for the confidential sources it said it relied on for articles accusing him of corruption - articles over which DeMaria is now suing the newspaper and the city clerk for defamation. Read more. 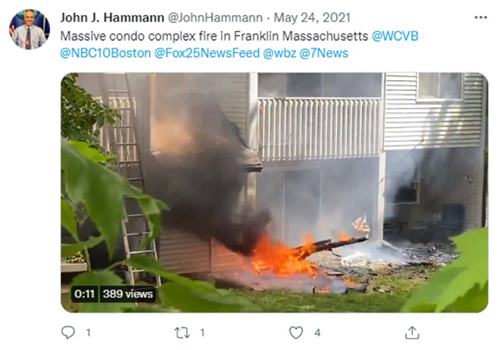 Update: The lawsuit includes a screen capture of a tweet that does not offer the video in question for sale. However, Hammann posted two tweets, one of which did offer a high-quality version of the video for sale to news organizations. The story has been updated with that.

A videojournalist who lives in Franklin today sued NBC Boston for re-using video he posted on Twitter of a fire in his hometown last year without either asking or paying him. Read more.

Newton gets a local news site that has actual local news

Amy Sangiolo's Fig City News has beaten the Newton Beacon to filling the news hole left when Gannett pulled the plug on what was left of its Newton coverage. Read more.

So many e-mail newsletters, so little time

Dan Kennedy heralds the arrival of Axios Local Boston, written by two reporters who actually know Boston, and runs down all the local e-mail newsletters to which you can now subscribe.

A group of Newton residents have formed a foundation to start the Newton Beacon to give the Garden City the sort of news coverage it lost long ago as GateHouse and now Gannett, which is really still GateHouse, slashed its reporting staff in the Boston area and elsewhere. Read more.