High school Principal Thomas Murray said students were using it and other words to disrupt school in a particular part of the building on Cabot Road. The term later became part of a disruption some students were planning online.

They seem to be baffled as to why much of the non-school world views them as small-minded petty tyrants.

Is the principal a 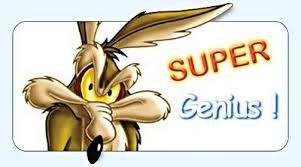 The kids are actually using the word to harass a teacher. walking by and yelling into his classroom, etc.

Then you bust them for harrassment

Then you ring every one of them up for harrassment until they get the message.

But the e-mail about "meep" that went out to the parents. Classic. Way to give the kids the satisfaction of knowing they reached you for being so simple about the situation...and then the press coverage on top of it. Geez. You just made these kids folk heroes in that school system for the rest of their education.

Now that MEEP is banned, is swedish chefflish or my 11-year-old and his soccer mate's favorite horiffically annoying NERT! noise to replace it?

This doesn't address the stated problem at all. Much easier than implementing an anti-bullying and harassment curriculum, though. That might interfere with the football/basketball/popular clique group functioning!

Poor Mr. Honeydew. He doesn't even have eyeballs. Have some compassion, you rotten kids!

The news list spoke as if this was the 'meep' that the muppet Beaker exclaims. Doesn't make the story any less stupid though :)

I'm old school, what can I say?

The ban may work for a while, but

Man, you are on a roll today.

Man, you are on a roll today.

Were these people never students themselves?

Without commenting on Principal Murray's fondness for the passive voice, I can't believe nobody over there figured out what the hell is going on. From the article:

It's unclear what meaning "meep" has, other than it is a popular thing for kids to say when they are at a loss for something to say, according to various Web sites.

A group on Facebook called Meep has 370 members, for instance, and lists three Danvers High students as members. The category heading is: "Just for Fun — Totally Random," and it involves people just typing the word "meep" in various ways and expressing their fondness for the word.

This bemused anthropological look into the Facebook group is just embarrassing. Surely me and my friends couldn't have been the only kids ever who made injokes out of certain words and phrases we took a liking to: "duck", "spleen", "your mom" and "teal" were big favorites among my class in 10th grade besides the all-time popular words, of course. I couldn't tell you why they were so funny to us. I wouldn't have been able to tell you why they were funny if you asked me then. I still don't know why, other than it was just something funny we all shared.

The thought of some armchair anthropologist poring over our notebooks (yes, kiddies, before the Internet we used to swap around notebooks) trying to suss out some kind of sociopolitical meaning or hidden drug/sex euphemisms out of the phrase "your mom's duck's spleen is teal" amuses me to no end, but it also gives me considerable chagrin. Somewhere along the line people tend to forget they were kids once and lose that sense of context. The generation gap automatically turns kids' behavior into something New, Unexplainable and Undesirable to adults.

Sure, there's always new influences and new technology you didn't have back then, but it still doesn't change the fact that Kids These Days are motivated by the same things you were motivated by when you were in high school. Unless I missed some story about hormones being banned in 2001 or something.

I think I'll see about enrolling my son, Meep Spatchel, in Danvers High. Let's go, uh, whatever team they are!

On the west coast, we had these folders that were super cheap and emblazoned with sports scenes that were frequently modified.

I found a bunch of them when one of my late mother's hoards of stuff hidden in a closet turned out to be a time capsule of my old room. There was "in joke" stuff like this all over the damn things!

Know what? When these kids are in their mid-40s, they will be saying MEEP to each other on facebook. I know, because my high school buddies and I STILL do that kind of thing, and watch to see who chimes in.

your mom's duck's spleen is teal

The circus elephant has lost its way.

Or words to that effect.

Hey... now that I think of it... There was a cartoon by Disney (I forget the name) where the characters got in trouble for using the made-up word "womp."

It was a nonsense word but the school principal banned it anyway because he *thought* it meant something else.

Has the ACLU started to breath again after hearing this one?

And... give it time, maybe Meep will be replaced with Womp, harachabub, kanardlyfarn, or something worse.

With apologies to Quagmire.

In other North Shore news

Torrential downpour floods North Shore roads
No murder hornets, so would you settle for giant stinging jellyfish?
Sorry, Charlie: 28 North Shore and Merrimack Valley school districts shutting down
That's probably not going to buff right out
In Marblehead, a 911 caller was having nun of it
Chinese food on Christmas north of Boston