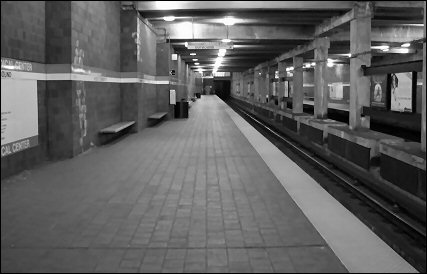 So why is Boston shrinking? And how is it different from the great post-war deflation of the 1950s and '60s, when Boston's population shrank by roughly 300,000?

Chris Cagle thinks it might be high housing prices, turning the city into a ghetto of rich empty-nesters. He notes the number of housing units in the city is actually up slightly:

On Internet128, Mats ponders why more college students don't stay here after they graduate, and concludes: Boston hasn't been able to offer the same breadth of jobs as other cities after the dotcom bust.

What do you think?

Note: Jay Fitzgerald of the Herald gives credit to John Keith for being the first to put the numbers in their national context (i.e., that Boston lost a lot more people than any other city on a percentage basis).

I am so happy that I sold my

I am so happy that I sold my home in Boston a year ago and moved to Texas. Why? I bought a house of equal size and quality, and put a few $100K in the bank. Our local public school system is consistently ranked one of the best in the nation. Plus it's fun to check the freezing temps in Boston during the winter months, with DirecTV, I can watch the Sox anytime and when the summer temps in TX rise the Cape is only three hours away via plane. Free parking here too! Life is grand.

I think it's the cost of

I think it's the cost of living (housing, parking, etc.). I love Boston, but the astronomical student loans I have from going to school here will keep me from being able to afford to buy anything here in the future, and at some point having a condo/house of my own will be more important to me than living in Boston, and I'll probably jump ship for a cheaper city. I'd like to see fewer luxury condos and more condos for people just starting out. Granite countertops and doormen aren't necessary for most people. I know it's not in propery owners' best interest to build affordable housing because they lose money, but I wish someone would subsidize it or give tax breaks to motivate them. Because it sucks.

What's causing the decline now? Decreased employment opportunities is my guess. I don't have a good sense of exactly who is leaving the city--is it young people? People with kids? Old folks dying? Recent immigrants? Do new immigrants come and settle in Boston? We might be repeating an earlier scenario in which immigrants who live in Boston are moving on to other locations, but aren't being replaced by new immigrants. Keep in mind also that there has always been a small but significant population of temporary residents, those who come to Boston to work, save or send money home, and then depart. It happened with single Italian males in the 1890s and 1900s and it is happening today with workers from Latin America and other places.

All the census does is catch a snapshot of a fluid population. For example, even though Boston's population declined between 1930 and 1940, I have research which shows it actually went up between 1930 and 1935 as households contracted because of the Depression--children moved back in with parents or parents in with children to save money. The ten year period means that many smaller ups and downs are missed, and the population decline noticed right now may just as well be corrected in the next four years.

it is Impossible to live

it is Impossible to live here. When will I, a perfectly capable college grad, make a salary which allows me to spend $1000+ a month on rent? Probably no time soon... housing/real estate in this city is absurd and out-of-touch with its population.

I have to say, at 40 I'm finally in a position to own my own home, and the cost of doing so in greater Boston has me seriously thinking about moving away. Between the cost of housing, the busted job market, and the frigid weather, it's no wonder people leave for sunnier climes where the cost of living is cheaper. I keep hearing about an impending real estate crash in some of the high-priced markets in the northeast and California, but I'm getting rather tired of waiting.

"Yeah, but Boston has *cultcha*!" I hear Boston's boosters saying. That may be, but with the cost savings from living somewhere else, I can buy the occasional plane ticket and crash with the friends who haven't left yet. Also, a lot of that is just pure snobbery. Like no other city could have art museums, or symphonies, or a music scene. Yeah, no other place has Boston's sense of history, except maybe Philadelphia--but I don't wanna live in a theme park.

The social fabric of Boston is going to look mighty ugly in a few years, when the only people who can afford to live here will be either the elite who are earning $200k and up, or the very poor, who are having a good chunk of their housing costs subsidized by government and/or who lack the wherewithal to leave.